If you’re like me, your exercise goals primarily consist of not looking like Jabba. That said, what if you could put on a wearable that would coach you through workouts, commenting on form and intensity and heart rate as you go. That’s what Lumafit is all about.

The $99 device ($79 for early birds) sits over your ear and clips to your ear lobe. A three-axis accelerometer “sees” your actions in real time and can identify various moves like push-ups, burpees, and going to the fridge for a beersies. It can also sense minute changes in your heart rate to assess your mindfulness while meditating.

The team, led by Darran and Stephen Hughes, is stocked with former MIT MediaLab folks and is looking to build a number of features around the platform. Because it contains a “medical grade” heart rate sensor, the system can detect stress as well as arrhythmia. An app called Bootcamp will help you create workouts and schedule meditation sessions and you can also simply wear it as an activity tracker during your day-to-day travails, using it to meditate as needed. The Dublin-based company partnered with PCH International to produce the hardware.

How is this device different from, say, the Atlas or even Fitbit devices? Because it doesn’t require a separate heart rate band or battery-hungry pulse sensor, it can grab a more interesting set of data. I’m particularly curious to see how accurate it is, however, because getting motion data from devices like this is notoriously difficult. Thankfully It’s a bit less obtrusive than a workout band, although you will kind of look like Lobot in yoga pants while wearing it. But I guess that’s better than looking like Greedo in a Speedo. 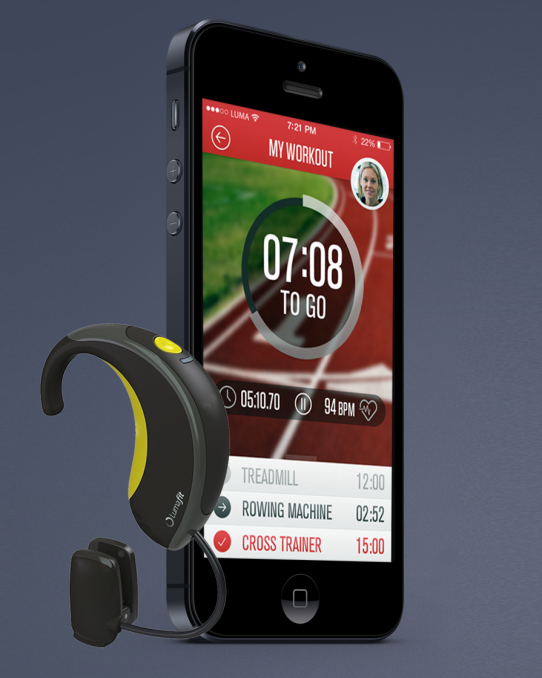