Facebook is just about ready to finish construction on its 476,000-square-foot data center in Altoona, Iowa. Even before this new facility goes online, though, the company today announced that it plans to build a second data center right next to it.

The company still has to jump through the usual regulatory hurdles to get this project approved, however. Its plans are up for review at the City of Altoona Planning and Zoning Board tomorrow evening and will then have to get approval from the city council in May. Assuming all goes as planned, the company will break ground shortly after that. 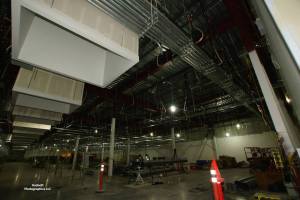 The new data center will be roughly the same size of the original building. According to Facebook’s own stats, 460 people we involved in building the Altoona 1 data center. They logged a total of 435,000 hours.

Iowa has become a popular destination for data center operators. Google has a large facility there (largely powered by wind power) and Microsoft is planning to build a $1.1 billion facility in West Des Moines, too.

Facebook’s decision was surely influenced by Iowa’s positive tax climate for its operations. The company was awarded $18 million in state tax credits last year according to the Des Moines Register, and, as part of its agreement with the city of Altoona, the company won’t have to pay property taxes on the facility for 20 years.