Now, with $3.1 million in Series A financing from Devonshire Investors, an investment arm of Fidelity Investments, Raju says he has the firepower he needs to bring those tools to market.

“What we do is we take the entire investment engine and we expose that as simple [application programming interfaces],” says Raju. “Tradier exposes the infrastructure so that people are able to build apps and their own apis.”

The idea is to give sites the tools they need to turn any financial services, or data driven analyst shop, content platform, or anything else into an interface with stock markets and brokerage houses. “We offer a simple set of apis which will let somebody create great financial applications anywhere, anyplace, at any time,” according to Raju.

For many developers integration to stock markets isn’t nearly as interesting as the ability to provide one portal to integrate other trading technologies with the big brokerage houses. 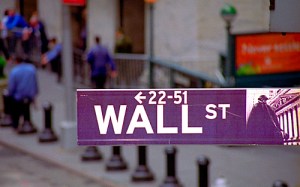 “Anyplace, anywhere you can buy and transact and we want to be the engine that powers that,” says Raju. “We take everything and expose it as a brokerage platform in a box.”

Developers can use the company’s toolkit for free, and Raju says the company will only make money off of trades conducted through applications that use Tradier’s technology

The Charlotte, NC-based company also has its own brokerage house. “We offer trading at $3.50 per trade when the market rate is $10,” Raju says. “The reason why we can do it at a lower price is because we don’t spend money writing front end tools. We are bringing the transaction engine.”

The company went live in November and was in a private beta for the previous five months. So far, eight-to-ten big companies are looking to connect with Tradier and Raju says “tons” of developers are already building apps. “We already have two companies that got funded and launched and we are the entire reason they got launched,” he says.

What Braintree did for payments is exactly what Tradier is trying to do for retail trading. “This whole paradigm of having the large firms charge a lot of money has to fundamentally change,” says Raju.

Now that Tradier has the financing, the company will look to evangelize its products to young developers. It’s running hackathons around the country and reaching out to existing companies that did not have data and trading capabilities.

“We are unlocking Wall Street to the developer,” Raju says.