For this Mother’s Day, San Francisco-based Samahope is suggesting that you do things a bit differently.

They’re putting on an #HonorYourMom campaign to crowdfund medical treatments for mothers in developing countries across Africa, Asia and Latin America. You make a contribution in your mother’s name to Samahope. It can be as little or as much as you want, although $50 is enough for a birth kit. In order to participate, you have to submit an old photo of you and your mom. It gets a dedicated URL that features the photo and your dedication.

Started back in 2011, Samahope is a platform that crowdfunds surgeries and low-cost birth kits for women in emerging markets.

Leila Janah, who is CEO of Samahope’s parent non-profit Samasource, recounted a trip to Sierra Leone, where she met Dr. Darius Maggi (pictured right). A longtime ob-gyn based out of Texas, Maggi became inspired to use his retirement toward building medical clinics that would treat women with obstetric fistulas.

If you haven’t heard about what an obstetric fistula is, it’s devastating. These are commonly preventable birth injuries that can render young women incontinent for years. Because women give birth at a much younger age in some of these countries (like when they’re just teenagers), their bodies haven’t matured enough for birth.

It’s graphic, but I’ll just excerpt this from a New York Times article in 2005 that covered fistulas:

“Their babies were lodged in their narrow birth canals, and the resulting pressure cut off blood to vital tissues and ripped holes in their bowels or urethras, or both.

Now their babies were dead. And the would-be mothers, their insides wrecked, were utterly incontinent. Many had become outcasts in their own communities – rejected by their husbands, shunned by neighbors, too ashamed even to step out of their huts.”

Janah was shocked when she visited Maggi’s clinic.

“I thought I had seen it all,” she said, recalling a woman who had been in labor for five days even after losing her child. “These are horrible birth injuries that can either be fixed with a simple surgery or prevented with a birth kit.” She went on to say that the maternal mortality rate in the country is 1 in 14. Furthermore, she said there is an overall crisis in funding for surgeries, with the bottom one-third of humanity getting 3.5 percent of surgeries globally.

Janah wanted a way to boost Maggi’s reach. He’s performed more than 2,000 repair surgeries over 27 different trips to the region.

“Every year, he raises money from his church, and he and his wife ask all their friends,” she said. “This is clearly his deep passion. He’s delivered something like 20,000 babies.”

So she asked Kiva co-founders Premal Shah and Matt Flannery for advice and then they quietly launched Samahope three years ago.

At first, the platform focused on individual stories of women. But they shifted toward focusing more on the doctors.

“It’s unfair to ask these women who have suffered so much indignity to have to share their intimate details,” said Samahope’s other co-founder Shivani Garg Patel. “So instead, we thought why don’t we focus on the stories of these doctors? These doctors are so inspiring.”

Below is the story of Dr. Priscilla Busingye, who runs a clinic in Uganda:

So far, the platform has raised $200,000 in individual contributions and has led to more than 160 patient treatments. 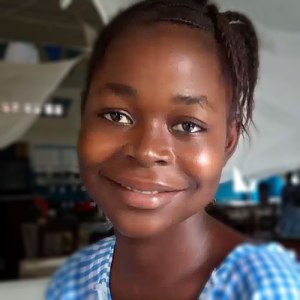 One of Maggi’s patient stories, about a young woman named Tiangay, is just insane.

She was just 16 years old when Janah visited the clinic.

“She was very friendly and bright beautiful,” Janah recalled. “She was speaking to me in English even though she had gone to a rural school.”

Apparently, Tiangay was one of the top students in her English class. But she was raped by her teacher at 12 and became pregnant.

The labor was grueling; she was in labor for four days, and then suffered a fistula.

“There were so many layers of trauma,” Janah said. “She lost her baby. She was incontinent for four years and unable to go back to school. This bright young woman who had such a future ahead of her was stuck with this horrible birth injury.”

Fortunately, her family and parents didn’t socially reject her as other families sometimes do in the region. Her uncle heard of Maggi’s clinic and convinced her to go there.

Her surgery was funded by Samahope and Janah said she was eventually able to go back to her village and re-enroll in school.

“It’s more than a surgery. It’s restoring their dignity and giving them a path toward a future,” she said.