How do charities and non-profits raise enough money for their causes? Well, the normal route, that which needs to be “disrupted” if you will, means a lot of thousand dollar per-plate dinners, a lot of individual reaching out and maybe some marathon running.

Edward Norton (yes, that Edward Norton) and his co-founders Robert Wolfe, Shauna Robertson and Jeffery Wolfe conceived of the idea for CrowdRise in 2009 while trying to raise money for the Maasai Wilderness Conservation Trust. They originally set out to raise $60K-$75K, but the group ended up raising $1.2 million through its own bespoke online platform.

After seeing this success, they thought, “What if we were able to incorporate some of the lessons we’ve learned into a product that could help others?” And CrowdRise was born.

“Traditional fundraising events like galas are one of the most cost inefficient ways to raise money,” Norton tells me. He asserts that raising money shouldn’t be the core focus for nonprofits, their mission should be.

But oftentimes the goals get inverted. As someone who joined her first non-profit board this year, it’s slightly intimidating to be responsible for a certain amount of fundraising without having online tools like the ones you normally use to reach people professionally (LinkedIn) and socially (Facebook) at your disposal. 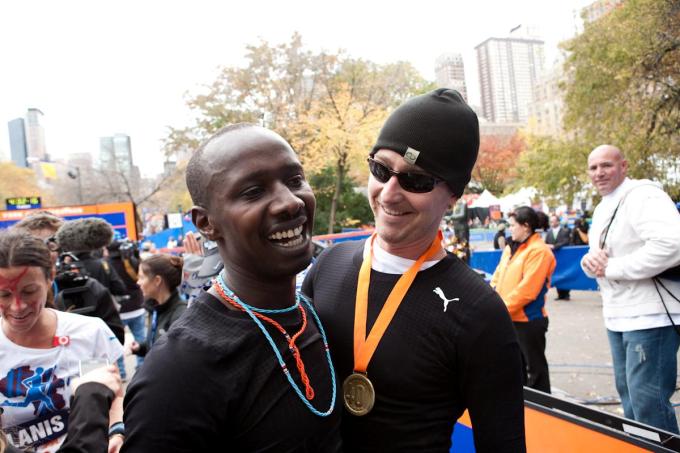 Norton says he views the traditional, real-life ways of raising money for a non-profit as faulty, and does not think they should comprise one-third or even one-fifth of organizational development costs.

“Traditional fundraising events like galas are one of the most cost inefficient ways to raise money.” — Edward Norton

In terms of functionality, CrowdRise is Charity Water for all charities. The service allows you to sign up, build a profile (like Sophia Bush’s here), build or contribute to various campaigns (like Lady Gaga’s Born This Way Foundation or the Raise For Women Challenge) and accumulate CIPs or CrowdRise Impact Points.

For example, here is my fundraiser for my non-profit LA Mas; if I accumulate 150,000 CIPS through actions like raising money and garnering votes for my campaign, I’ll win a coveted spot on the CrowdRise homepage. 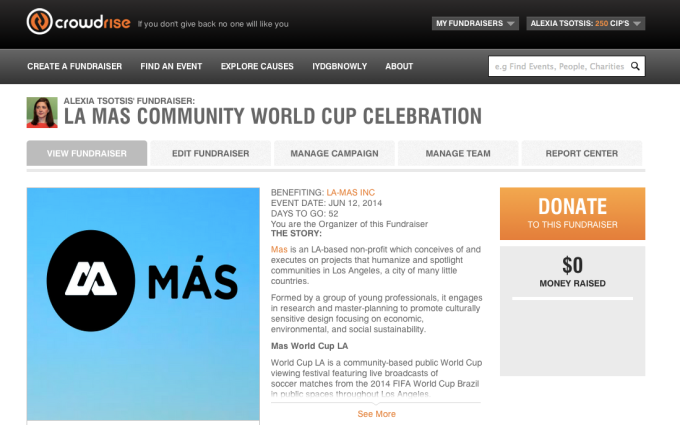 Fred Wilson’s participation is notable, as he was the first to back crowdfunding juggernaut Kickstarter. Wilson recalls knowing that the crowdfunding model could turn into a big business due to his board seat on DonorsChoose, a crowdfunding non-profit. He holds the potential online charity market to be $30 billion a year, with the possibility of it becoming $50 billion to $70 billion market if adoption ramps up due to increased product utility.

Of course Norton and CrowdRise CEO Robert Wolfe don’t claim to have invented the crowdfunding model for non-profits. “Direct mail is a form of crowdfunding, getting people to assemble in small increments is not new,” said Wolfe.

But Kickstarter doesn’t address charitable activity at all, and Indiegogo and Crowdtilt don’t focus on it, though Crowdtilt has lower fees at 2.5%. CrowdRise monetizes by taking anywhere from a 3% to 5% fee off transactions, and is experimenting with a 1% fee at today’s Boston Marathon. CrowdRise holds that what they do is price competitive, and that its gamification, profile features and large partnerships like the Red Cross set it apart.

Even though CrowdRise wants to be the crowdfunding platform for charitable activity, it’s not immune to some perception issues that larger crowdfunding platforms experience. “A lot of people say, ‘I don’t want to do a Kickstarter because I don’t want to beg.'” Fred Wilson — the Guru of Crowdfunding — says, touching upon those issues. “It’s not begging, it’s ‘I’m making this film, come and participate with me.’ People say, ‘That’s not on-brand.’ And a rubber chicken dinner is? It’s annoying.”

“People are going to do a lot more donating because it’s going to be fast and easy.” — Fred Wilson

Wilson says that it’s only a matter of time before mass adoption of non-profit crowdfunding, which means reaching people where they are now, online. “It’s going to take time for people to realize that these services are not only legitimate, they are the future. There’s no way to get 100k people who follow you on Twitter to come to your dinner.”

CrowdRise wouldn’t reveal numbers, citing the fact that the right metrics for non-profit crowdfunding have not been pinned down, but it did say that it was profitable and that it viewed the Kickstarter benchmark of $1 billion raised on the platform as achievable.

Along with the financing, CrowdRise is also announcing partnerships with the New York City Marathon, the Boston Marathon, the Chicago Marathon, the Iron Man events, Red Cross, UNICEF, the wedding site The Knot, and the Today Show in addition to a new “social good” functionality, which allows people to raise for good causes beyond non-profits, like for health care treatments a la Watsi.

Wilson thinks that Crowdrise is a huge opportunity, not just from a business standpoint, but because it will eventually compel people to further donate to charity, “People are going to do a lot more donating because it’s going to be fast and easy.” And that’s a good thing. 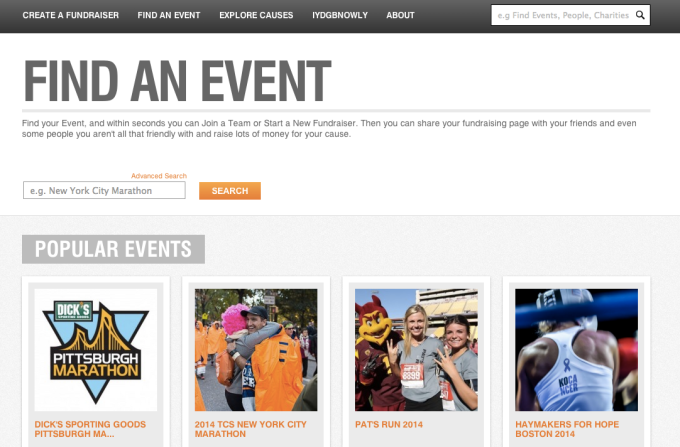