Is Instagram going around stealing users’ accounts and distributing them to employees? That’s the far-out claim from designer Brian Hoff, who says his wife’s Instagram account, with the likely much-desired username of “@kathleen” was taken from her control and is now being used by another Kathleen, who also happens to be a current Facebook/Instagram employee.

From Brian’s reporting of events, which he’s shared here on Medium, he first noticed something was up a few months ago when he was tagging his wife in an Instagram photo. Her account name no longer appeared as “@kathleen,” but rather “_____kathleen.” At the time, he paid the situation little regard, assuming it may have had something to do with her privacy settings.

Still, his wife tried reaching the company for help through its now dormant @InstagramHelp Twitter account, but never heard back. Apparently, getting her account fixed was not a top priority, as it seems his wife was not much of a heavy Instagram user – something which Brian alludes to in the post, noting, “she’s not a regular on the service anymore.”

However, he tells us that while his wife wasn’t an active poster, she would occasionally log in and view photos using her account.

There’s no mention in Brian’s post of either he or his wife trying other channels in order to get help after this initial attempt failed, but he tells us that she did actually try to email them at contact@instagram.com as well (an address that used to generate an automatic work ticket).

Several months later — aka this morning — Brian asked his wife to look at a photo on Instagram, and she found that she could no longer log in. Her @Kathleen username and password just didn’t work.

And to answer the question whether or not his wife may have simply forgotten her password or something of the like, he says that’s not the case. “My wife is quite technical. We both run a successful boutique design agency and she worked as a Yahoo and Flickr employee for a number of years,” Brian says.

After doing a little digging, he realized that her account “@Kathleen” had been given away to another Kathleen, who he determined was an Instagram employee. Duh-duht-duh!

Brian stops just short of calling out the employee for stealing the account herself, but he clearly has an ax to grind with Facebook, stating in the post that:

I’m not saying that the new @kathleen personally stole or assisted with the compromise of her account, but shit, you sure as hell can’t see something doesn’t smell just a tad funky.

He also complains that there are things that have changed post-acquisition, referring to the lack of response on the company’s Twitter account: “Not answering support says all that you need to know about what will or will not change. When you stop actually caring; when you stop actually communicating; everything changes.”

Man, there’s nothing like losing a good username on a popular social service to really fire people up, right?

Speaking with us, he elaborates further, making the point that while the situation is odd, his larger complaint is with the lack of customer service response, not necessarily the lost username itself. 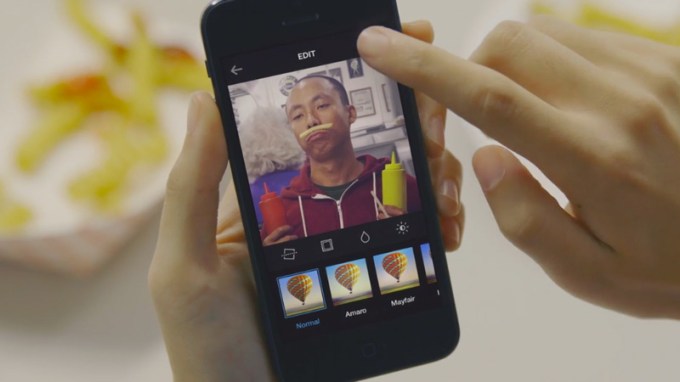 Social networking services have unofficial rules around dormant or inactive accounts, and how long they have to remain unused before they’re put back into circulation. For instance, there was a time when if you knew someone inside Twitter, you could grab a dormant account name if the account holder had been inactive for a long enough period of time. A number of those with the coveted three-letter Twitter accounts acquired them through this method, in fact.

What the official situation is at Facebook-owned Instagram is less clear – the company doesn’t offer any sort of guidelines on its site around how you could contact them with a trademark claim, much less how you could request the takeover of a dormant account. (Though its Terms of Service states that you can take legal claims around trademarks and copyright violations to arbitration if it comes to that.)

In other words, it’s reasonable to assume that the new @Kathleen simply saw an unused account and asked for it.

And yes, maybe that’s wrong since Brian’s wife was allegedly never given the chance to claim her account before redistribution.

“Customer Support for these types of unfortunate events do no exist and users feel helpless in the matter,” Brian laments. “While my wife doesn’t post on a regular basis, she still often looks at photos and likes photos of others in her stream. Do you think if she had a handle like, for example, @k_ath_l33n, that it would be left open because of lack of posting? I think the desirable name made it a target. Doesn’t make it right though,” he says.

The situation is one example among many in what’s becoming something of an alarming trend: that sometimes the only way to get help with a customer service complaint like this is writing a damning blog post, and waiting for the story to get picked up more broadly. (Like this!)

Instagram responded to TechCrunch’s inquiries about the matter, after looking into the situation this morning and provided the following statement:

Like many social services, Instagram has a policy of reassigning usernames from accounts that have been inactive for a significant length of time. While the policy is standard practice and will continue, Instagram employees strive to always put members of the Instagram community first, and so we will be returning the name to the previous owner.