This video format is what makes Mindie unique. “It’s very complicated to shoot an interesting video, but if you put music on an awful video, it will make it interesting,” co-founder and CEO Grégoire Henrion told me when he first presented me the app.

But now, the main difference is that you can send videos to a person in particular. He or she will get a notification — and you don’t have to publicly share your video at all.

In some ways, the overall posting experience is very reminiscent of Snapchat, except instead of taking a picture, you shoot a music video. But after that, you can add text directly on the video, like you would in Snapchat. You hit the next button, select your recipients and hit the send button.

At the top of the recipient list, you will find a “Public” option, which used to be Mindie’s default option. if you select that, it will push your video to your followers in the main feed. You will see a final step to let you share on Facebook, Twitter and now Instagram.

Unlike Vine’s messaging features, you can’t mix videos and text messages. It’s all video. You won’t even get a threaded conversation. When you receive a video, it appears in your notifications. Like in Snapchat, you hold your finger on the screen to watch. The video will loop indefinitely until you remove your finger. Once you remove your finger, the video is gone.

In the previous update, Mindie added two other important features. You can choose your favorite part in the song for your video, and you can shoot in slow-motion on the iPhone 5s — slow-motion in particular is an interesting addition.

With today’s update, Mindie is covering a few more use cases. It’s interesting to see how Vine and Mindie’s approaches are different. Now, we will get to see whether video messaging is going to become a mainstream communication format. 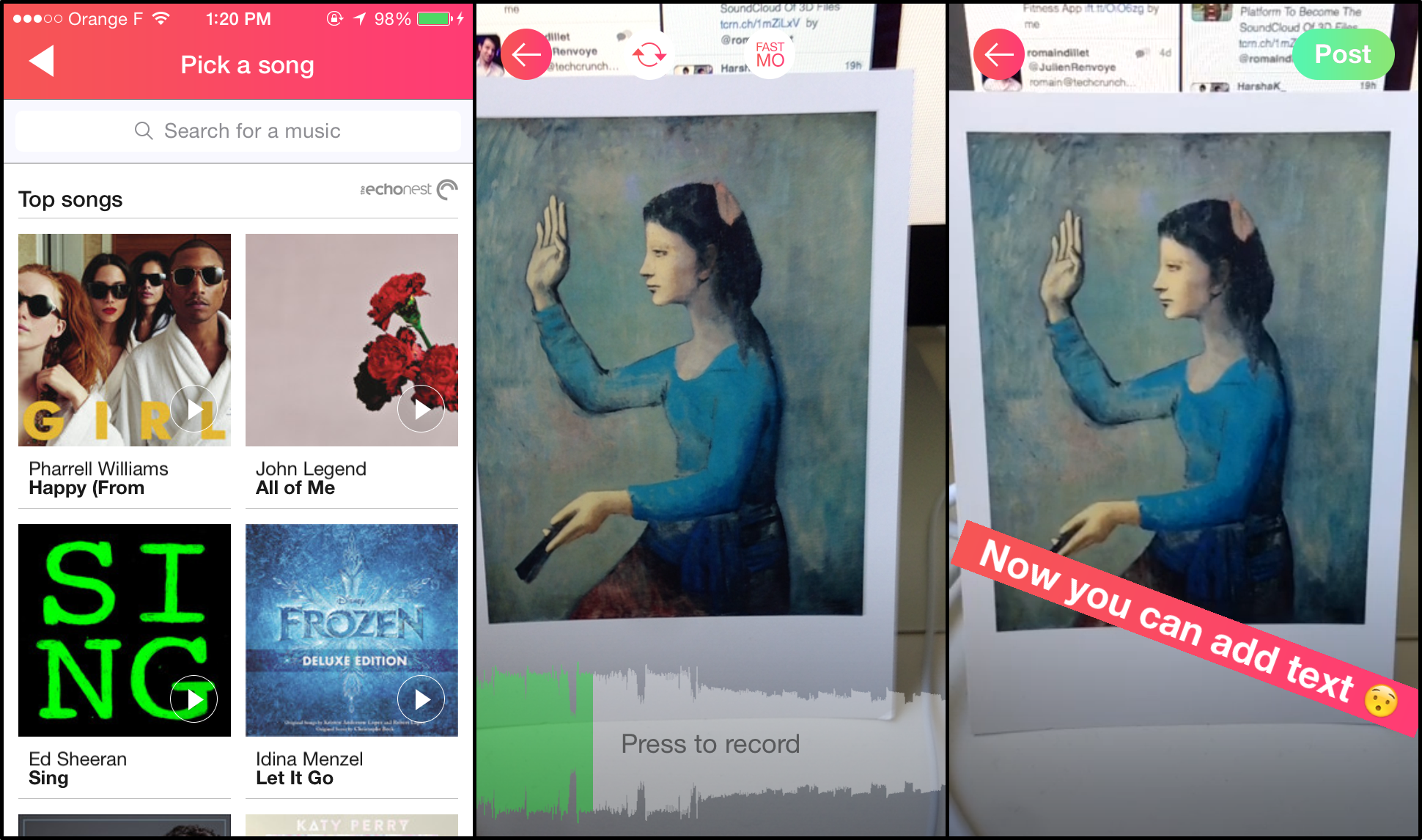 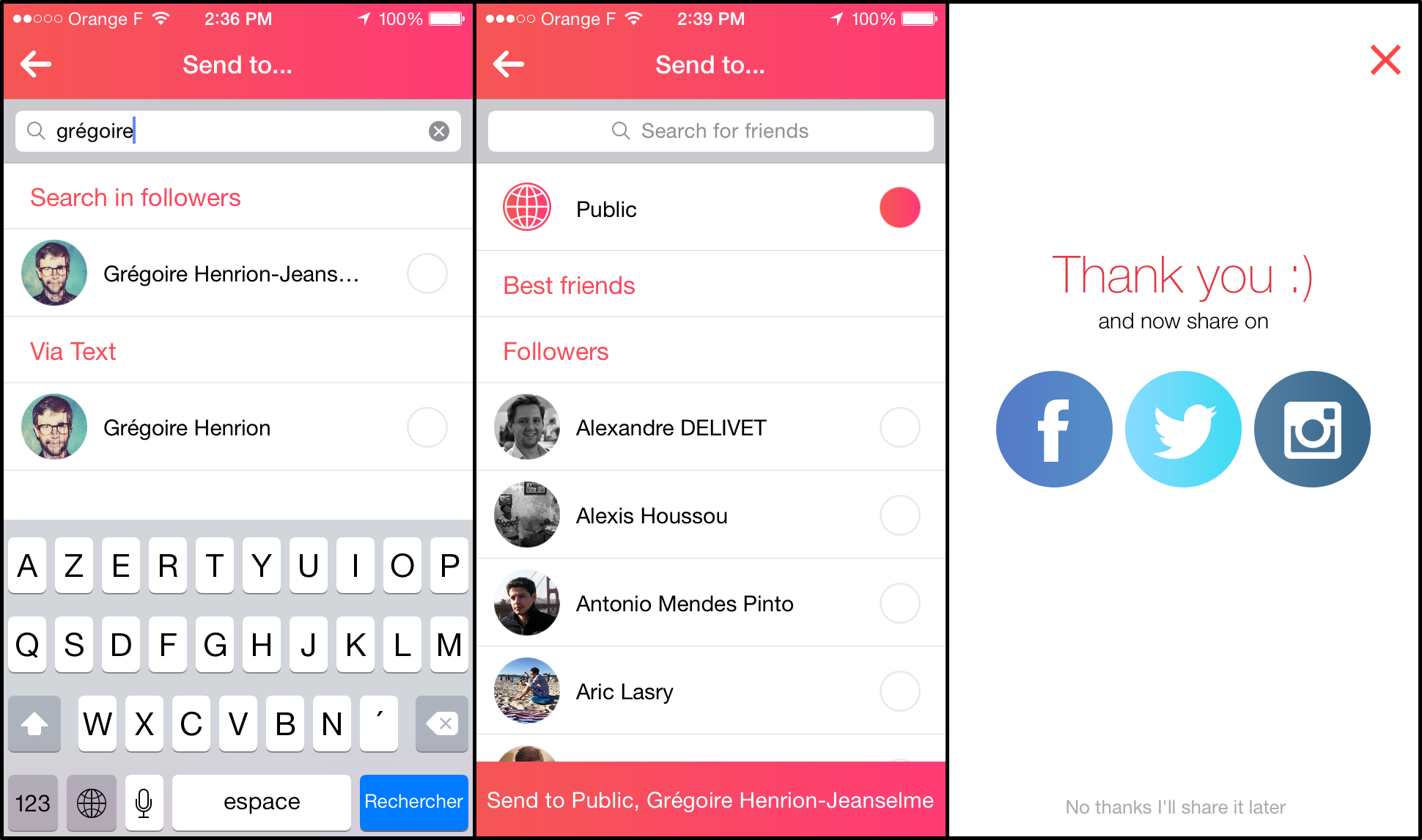