Futureful, the AI predictive discovery engine backed by Skype co-founder Janus Friis which we last covered back in August, has a new name and a new interface — evolving its proposition of serendipitous browsing to more clearly flag up the randomness angle.

The new name of the iOS app is literally that: Random. (There’s no Android app as yet, but one is planned in future.)

Friis has written a Medium post to back up the (re)launch explaining why the digital world needs an injection of the unexpected — and his logic basically boils down to the ‘filter bubble‘ problem. In other words, our social networks and socially-curated news feeds are increasingly constricting concentric circlejerks of sameness that don’t allow things we’re not already into to perforate our online consciousness. Ergo, re-enter Random to drive a little wedge of newness in.

The problem with the rebranding is Random is not entirely random in terms of the content it surfaces for users — being as the app analyses user behaviour to power article suggestions — making the new name a tad confusing. Still, Futureful was a really awful name so no one is going to be sad to see it go.

And Random does at least offer a degree of randomness — based on incorporating elements into its learning algorithm that are specifically designed to inject random suggestions into the mix — so its claim to the name is partially accurate.

The big surface difference between Random and Futureful, as was, is the interface. Futureful’s dynamic browsing bubbles were themselves an evolution of its original iPad user interface, which was a discovery ticker. Keeping things fresh evidently extends to overhauling the user interface on a regular basis.

“We’re trying to figure out what works best. What’s the most intuitive and fun way to explore new things,” says co-founder Jarno Koponen.

“This is making the whole AI-augmented web exploration paradigm more understandable, approachable and enjoyable both at the UX and brand level.”

Now the dynamic browsing bubbles are out, replaced by a dynamic mosaic of possible topics to read about. Tap on an individual slab and it zooms in to pull up an article from one of the multiple news sources the app crawls. 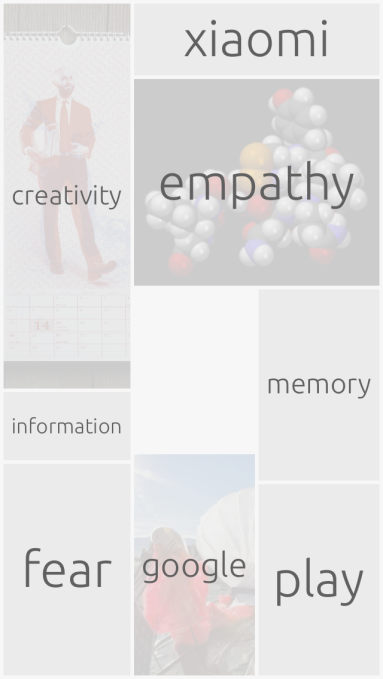 Tap the top bar to leave the article and it’s gone forever — with Random committing to never show the same link twice.

Under the hood there are some changes too. Koponen says it’s made its AI and UX feedback loops “better and more granular”.

“The UX is simplified, and there’s more AI power at works all the time. With our current UX we’re able to map things surfacing from your unconscious, your irrational self if you will. You don’t need to think what things fit together — you just choose. And that’s unique way to map and understand personal interests,” he adds.

Futureful’s browsing bubbles created topic clusters dynamically as the user selected items before routing them to a particular article. That element has been striped out of Random — making it feel a whole lot more random — as topic mosaics come ready served, and a single tap takes you right into a piece of content.

“Overall, we were able to decrease the cognitive load — no combining or multiple selections needed. Our AI does clustering and combining for you, keeping all your selections in its ‘mind’. There’s no need to show it to you anymore. You just choose and explore and AI takes care of the rest. Your interests are weighted both in long-term (things re-occuring over longer period time) and short-term (e.g. your interests towards a certain event, phenomenon),” says Koponen.

“In a way, Random becomes an extension of your own mind. It’s replicates your mind-map of the world by capturing how things are connected for you.”

Koponen stresses that there are no ready-made categories in Random. Rather users generate their own personal categories, based on the order of the things they choose to tap on in the app.

Is Random any good? Well, I suspect you’d have to give it a bit of time to get to know you first. After I downloaded the new version of the app and opened it up it suggested a series of topics for me — including the Chinese Android OEM Xiaomi.

I tapped on that and it pulled in an article I’d already previously read, but hey, you’re can’t fault its algorithm for identifying something I’m interested in. 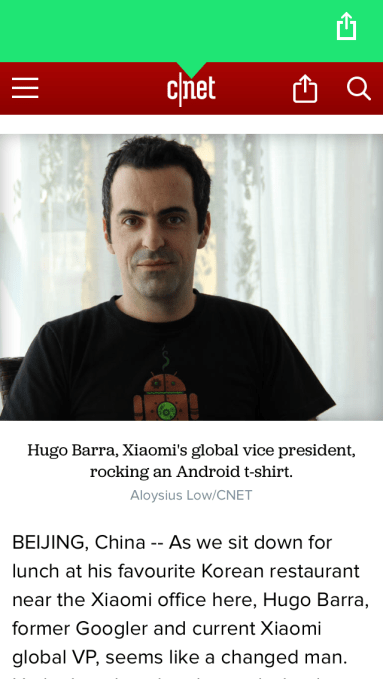 If you don’t like the selection of topics on offer, Random’s mosaic includes a blank tile that you can tap to shake things up and get another set of topic suggestions.

The new interface looks fine, but because the algorithm is doing more in the background — by removing the need for the user to think about connections between the words being presented to them before being served a piece of content — it can feel slightly too random in my view. The process is so quick it’s hard to feel personally attached to it, but perhaps that feeling grows in time as the algorithm learns more about you and tweaks its suggestions accordingly.

In terms of utility over the prior design, the mosaics are larger than the bubbles, so do allow for photos to be incorporated into the mix sometimes. The result is something that looks rather like Flipboard — and maybe that design resonance is intentional, as a way to encourage users to think of Random more as a dynamic magazine, than a discovery algorithm.

Random still isn’t breaking out any user number at this point. Koponen will only say: “We’re growing… still being a small actor in the field. And we’ve just launched Random to take the next step to grow more.”

“This is about creating a unique experience that people can feel being an integral part of their lives. In today’s web almost everything’s driven by social and thus — as we’re creating a new paradigm — we also need to come up with solutions that integrate Random to the existing behavioral ecosystem,” he adds.

The app does still have one big problem relating to the filter bubble issue: the user. Being as users are presented with multiple choice of topics to tap on, the risk is they end up falling back down their own rabbit hole again through their own samey choices. (As I did, stumbling upon the same Xiaomi article.) However, the more you drill down into Random, presumably the less likely that is to happen — as more and more content is surfaced, widening the net of your potential reads.

What about monetization? That’s far from Random’s mind right now, says Koponen. This startup is thinking a whole lot bigger.

“We’re currently 110% focused on making AI-augmented web exploration something that everyone can enjoy. We’re iterating continuously as we go. No-one has cracked it yet,” he says.

“Our investors believe in our big vision. We want to create the next-generation interface to information/content around us. And the UX and AI needed for that will power all tomorrow’s digital devices, being the seed for the operating systems of the future.”