While the shine and novelty quickly wore off Twitter co-founder Biz Stone’s mobile Q&A app Jelly, the company has continued to iterate on its product – the picture-based search service that lets you ask your friends and extended network the kind of questions where the injection of a personal opinion is valued more than a list of links to click, as on Google.

Today, the company has rolled out an update to Jelly that changes how people ask questions, by adding the ability to ask about anywhere using maps and locations. The app then routes those questions to nearby users. 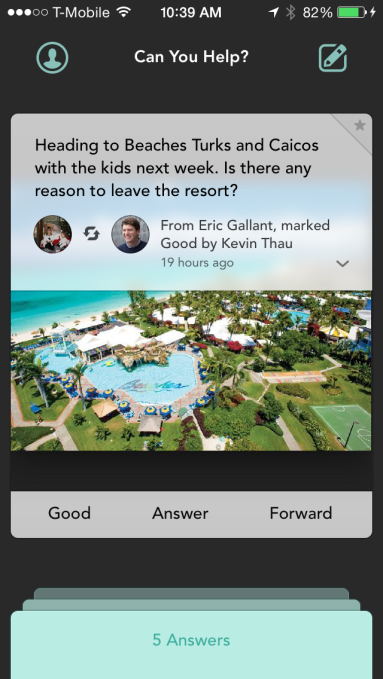 Previously, Jelly offered only the ability to ask questions using a photo to complement a post, which encouraged people to ask questions about something they were seeing. This sometimes led to ridiculous “what is this?” type questions, where the poster clearly knew the answer, and was only teasing the community with the photo in question.

But questions related to specific locations were growing in popularity on Jelly, where people were asking about tourist hotspots, places to eat, drink, shop or be entertained nearby (like a lazy person’s Yelp, for example), which would be more relevant to those who lived in the area. With today’s update, it seems that the app will now cater to this location-focused use case, while still supporting the photo-based messaging previously introduced.

In fact, Jelly has improved upon the latter as well, as its image search feature now automatically suggests photos for you to use with your post, if not sharing a photo from your Camera Roll. Today, when you begin to ask your question, Jelly offers one of three choices: ask with your camera, ask about anywhere, or ask anything you want.

The point of Jelly, including the new map-based feature, is not that you can’t get a list of answers elsewhere (e.g. a coffee shop nearby, a retailer that sells a given product, etc.), it’s about getting a personal opinion from your friends and their friends, and the flexibility to ask the kind of questions not provided by a Google search or, now, a maps search.

For example, users sharing map-based questioning have posted questions like what’s the best thing to do while on vacation while at a certain spot, or whether there’s a better time of the year to travel to a particular city, or if there are any apartment rentals nearby, for example. 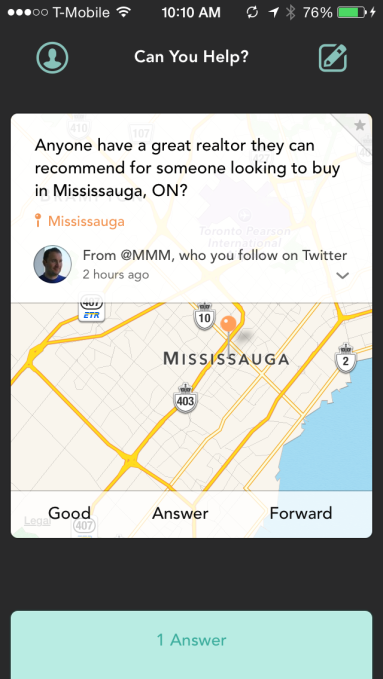 In short, the premise is that the questions and answers are meant to be conversational in nature, while also providing responses for those questions where answers aren’t definitive, but are open to debate. At the end of the day, most Q&A services, including Jelly, are hoping to find a way to dominate the long tail of Google search results – something that takes time to achieve.

There’s been some backlash around Jelly, likely because co-founder Stone oversold and over-hyped the app prior to launch, describing it as a tool to “make the world a more empathetic place,” which is a somewhat overzealous, over-reaching sentiment for a Q&A service. It’s handy, sure, but not world-changing.

The app has barely hung on to its position in the top 200 in social networking on iTunes, which has prompted some, like Valleywag, to decree the app a failure three months post-launch. (Our own John Biggs also gave Jelly a vehement “die” in our “Fly or Die” TCTV video series). 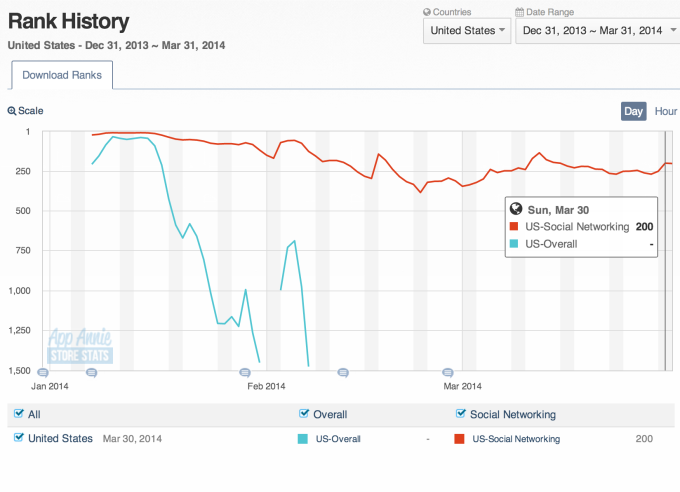 But Jelly has the funding (through a Series B, amounts undisclosed) and therefore the time to try to figure things out. And the addition of the location-based questions and routing is one of the first notable steps in terms of matching up its product’s feature set with how its user base is actually engaging with the service. The redesigned app is here on iTunes. (The Android version has not yet been updated).