In 10 years, when we look back and think about which companies fundamentally changed the way viewers get their TV shows delivered to them, will Roku be a part of the conversation? Based on what the company has done to date, and where it’s going, it seems likely.

That’s because no company has done more to define what we can expect from streaming video hardware than Roku — and the company did it all while competing against much larger companies that also wanted a piece of the pie.

More Than A Survivor

Consider this: Since launching its first “Roku Netflix player” in 2008, the company has had to compete against similar hardware devices from Apple and Google (and Amazon is on its way). Not only has Roku survived that onslaught, but it’s thrived. 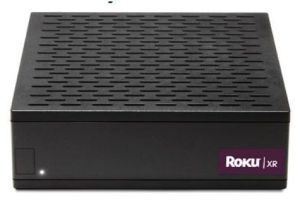 “Every year a new version of the Apple TV came out and every year our sales have grown,” Roku CEO Anthony Wood said at the Code/Media Conference in Santa Monica last week. The day that the $99 Apple TV launched in 2010, sales actually doubled. Last fall, after Google's Chromecast went on sale, Wood said its sales grew 60 percent.

But sales only tell part of the story. More than any other streaming video box or dongle, it's Roku that viewers turn to when they want to watch Netflix or Amazon Prime, according to CEO Anthony Wood. Today, people watch more streaming hours of Netflix on Roku than any other platform.

The same is true for Amazon's video apps — which is why, when the online retail giant announces its own streaming media device next month, things could get complicated. Amazon, of course, would prefer to have its users watching Prime videos on its own device, where it would collect all the revenue from sales of on-demand titles.

Amazon is also a distribution channel for Roku boxes, although Wood said today about 65 percent of its sales happen in brick-and-mortar retail locations. And, of course, it gets a cut of on-demand sales that happen through the Amazon channel on its devices.

Another thing that Roku has going for it is that it’s agnostic, both to the channels that are built for its platform and the devices that it will run on.

While it launched with just the Netflix channel in 2008, it quickly made its box available to other streaming video partners and now has more than 1,000 channels or apps to choose from. Netflix is still its largest streaming partner by far, but it’s seeing increased pick up in the long tail of third-party video apps.

More and more, it’s become home to a growing number of apps from traditional cable programmers like HBO, ESPN and Disney. 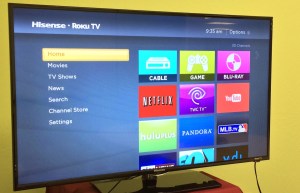 If Roku’s first act was simply getting its Netflix streaming box out in the wild and its second act included its efforts to attract more and more quality content to the platform, it’s the third act, in which Roku moves beyond its own hardware, that might be most defining for the company.

The company has struck partnerships to become the operating system for connected TV manufacturers like Hisense and TCL. For a growing number of companies, which want to provide streaming video and but don’t have the resources to build their own OS, Roku provides a solution that they can license to quickly add a wide range of content.

“Most companies that make connected TVs, other than Samsung, don’t have what it takes and will end up licensing our software,” Wood said at the Code Media event.

It remains to be seen whether Roku succeeds in that endeavor, where others — like Google — have failed. But with a critical mass of content companies already on board, and a growing number of device manufacturers planning Roku-powered TVs this year, the company seems well-positioned to capitalize on that opportunity.