Y Combinator is kicking off its 19th (!!!!) demo day today at the Computer History Museum in Mountain View, and the TechCrunch crew is on the ground to let you know which hot new startups investors will be clamoring over for the next few weeks and months.

Stick with us throughout the day as we update you on which companies are launched and which we think were the most impressive. In the meantime, here are the first 17 companies to demo their startups to investors.

Weave: Talk To Your Dentist

Weave is a telephone service that better connects patients and their medical providers. Going to the dentist is roughly as fun as, well, going to the dentist. The company wants to make that better by helping dentists keep track of their patient information, and needs, integrating that into their communications system.

Before Y Combinator, Weave had yearly recurring revenue of $790,000. Post Y Combinator, that figure is now $1.8 million, up 38 percent per month during the period. Weave picked dentists to start because they are wealthy and low on regulation. The product will scale into other health verticals. Weave charges $300 per month per location for its service. There are 190,000 dental offices in North America, indicating that its addressable market is quite large.

Learn more about Weave on TechCrunch.

Any company that handles protected health data must use a HIPAA-compliant data storage system, and last year, the HITECH Act added 2 million companies to the list that must abide by HIPAA. But backend services like Heroku, Parse, and MongoDB aren’t compliant. That’s where TrueVault comes in. It makes it easy for companies to store and search their data in HIPAA-compliant ways. And unlike other compliant backend providers like Amazon Web Services, TrueVault also provides a RESTful API so apps can be patched into health data without breaking the law. TrueVault charges about $1,000 a month, which makes serving these 2 million companies a $24 billion a year market. TrueVault is already “ramen-profitable” and its revenue is growing 47 percent a week. Read more from TechCrunch about TrueVault

This startup wants to help companies to reduce churn, using machine learning to let them know when customers are going to leave and why. One customer is using Framed Data to reduce churn by 3 percent, which could be the difference between profit or loss.

Churn costs companies around the world $15.4 billion per year, and Framed Data believes that it can change that. The company has grown by 62.7 percent and is already being used by companies that include Twitch and Homejoy.

CareMesage: Nonprofit SMS for the sick

CareMessage, a nonprofit company, provides an SMS service to hospitals and free clinics alike, helping low-income patients better take care of their health. Through texts regarding taking their pills and so forth, CareMessage helps health care facilities that have limited resources provide, in its estimation, “Stanford-level care.”

With 30 million low-income patients in the country, the need here is not small. CareMessage currently works with 100,000 patients in 16 states, growing at 100 percent per week over the past few months. The company is raising $2 million to reach 10 million patients. It wants to reach 1 million by Christmas.

“We’re the Bloomberg of Bitcoin” says TradeBlock’s co-founder. It’s a subscription platform of digital currency trading tools that includes a real-time market info, a bitcoin-mining calculator, deep research of trends, and an extra-premium communication network and analysis platform for top bitcoin traders. TradeBlock sells its software to investment funds, exchange operators, and professional traders. With Bitcoin trading volume increasing from $50 million in February 2013 to $5 billion in February 2014, there’s an increasing need for digital currency intelligence, and TradeBlock could position itself as the defacto tool for the industry.

Cambly charges students $20 an hour and pays $10 to native speakers who wish to talk with them. But they aren’t professional teachers — they’re just regular people, and students are more than willing to talk to them. Cambly is growing at a rate of 30 percent month over month since launch 10 months ago, and shows no sign of slowing down.

Learn more about Cambly on TechCrunch.

PiinPoint: Location service to help businesses pick their next location

PiinPoint is a service that helps businesses pick their next physical location. From charging stations to coffee shops, picking up a new spot to nail down your new brick-and-mortar spot is a challenge.

The company charges $5,000 per month per seat. So, PiinPoint is not a low-dollar solution to a high-dollar problem. In the past three weeks of its paid pilot, PiinPoint went from having eight locations in its system, to having more than 16,000.

There are 30 million sellers on marketplaces like Airbnb and Etsy, and they all want more sales. Bettable makes it dead-simple for them to run ads promoting their apartment for rent, or homemade handicraft. Sellers just sign up and send Boostable the URL of their listing or item, and Boostable runs efficient, A/B-tested ad campaigns around the web using advanced retargeting to show them to the right people. And since each sale for these sellers also earns the marketplaces money, they’re happy to connect Boostable to their sellers. Airbnb has already partnered with the startup. With its current deals, Boostable could reach 500,000 sellers. If it can convince advertising novices they need to spend money to make money, Boostable could pull in enough small ad contracts to see huge revenue.

SendWithUs optimizes transactional emails sent by businesses, boosting the number of emails that are opened and the overall revenue opportunity for customers. It’s partnered with SendGrid, which sends 12 billion emails per month and is going after a $1.3 billion enterprise market.

With clients like Teespring and Homejoy, the company is seeing revenues grow by 12 percent every week for the past 10 weeks. Why? Because it works. One SendWithUs client saw an optimized email get 25 percent more opens and an 8.6 percent increase in transactions.

Read up on SendWithUs here.

Zinc is a browser plug-in that helps shoppers find the lowest price online. After shopping as they usually do, users click the Zinc button, and the app fills the order. Zinc then sources the item from any place online, presumably taking a cut of the differential between the price that the consumer was offered, and its final cost.

According to a graph shared on a slide by the company, its run rate is over the $2 million mark, and it has accreted 12,000 users in the first six weeks of its life as a public service. Zinc depends on both algorithms and humans to source its deals.

Learn more about Zinc on TechCrunch.

Taplytics lets mobile apps instantly try and track the success of A/B tests. An easy graphic user interface lets marketers, designers, or developers switch variables without having to ask for help or pay anyone. Taplytics worked with clothing e-commerce app KarmaLoop and increased its sales 125 percent in a single week. The startup is growing 55 percent a week, has 1000 users, and has signed deals with Intuit, 500 Pixels, and Pivotal Labs despite only being on iOS. It charges developers 1 cent per download, but hopes to make developers much more by optimizing their apps for e-commerce sales, usage or whatever metric a company wants. If you want to try it out, Tapyltics has an amazing, responsive demo on its site where you can try switching text, colors, and designs of an app in real time. Read more from TechCrunch about Taplytics.

AirPair is a marketplace that helps to double productivity by connecting developers with experts from companies whose APIs they’re using. The API-ification of software has already occurred but not all developers know all the best ways to use those APIs.

AirPair sets up video chats with experts at companies like PayPal, Stripe, Heroku, and RackSpace. It allows those companies to monetize video time with partners and provide free distribution from mentions in their software development kits. All of which brings expert advice on-demand.

According to BatteryOS, if you charge a battery to 100 percent, it rapidly degrades the battery itself. After many cycles, batteries’ capacity declines. With BatteryOS, the company claims you will be able to charge your batteries to full capacity and not suffer that degradation.

The company claims that if the Chevy Volt used BatteryOS, it would have twice the range, and last 8 years longer. The company did not explain how its product works, but did allude to having orders for units in the tens of thousands.

You can make a lot of money renting out your house or apartment on Airbnb, but it also takes a lot of work. You have to respond to rental inquiries, vet guests, arrange meetups, do the key exchange, schedule a cleaning service between guests, and be on call to help your guests. Superhost takes care of all of that for you in exchange for a 3 percent commission. Revenue is growing 40 percent a week, and now hostels and small hotels are inquiring about Superhost’s assistance. It’s going up against similar services like Urban Bellhop. The management hassle is the biggest barrier to people renting on Airbnb, so if Superhost can gain mindshare, the startup, Airbnb, and renters could all make a lot more money. Read more from TechCrunch about Superhost. 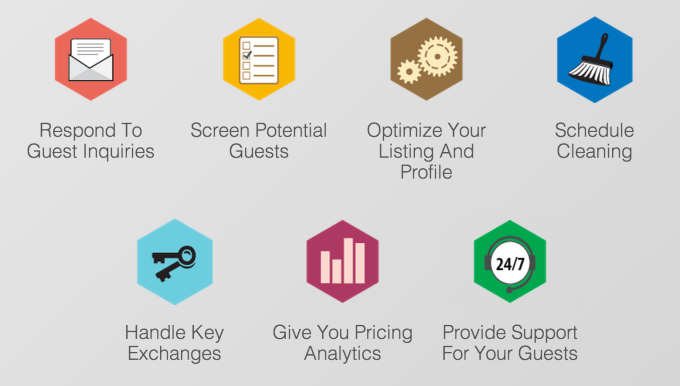 Companies spend a lot of time qualifying leads, but StackLead has built technology that helps them identify the most valuable leads. Its customers typically contact 30 percent more leads because they don’t waste time researching them; instead StackLead pulls up the information for them.

In the U.S., there are 2.5 million sales people, and about 250,000 of them just spend time qualifying leads. That adds up to a cost of more than $11 billion to pay humans to do what StackLead does in software.

Read up on StackLead here.

MemeBox is a cosmetics company that vends its products only on the web, and mobile, allowing it to shave costs. Selling between the high end, and the very low end, MemeBox wants to find value at profitable price points.

The company is currently generating $1.3 million in monthly sales and expects to end the year at a run rate of $150 million. Its lower-cost model of not having retail presence helps it have stronger margins than the traditional model would allow.

Read more about Memebox on TechCrunch.