We’ve seen more personal e-vehicles sprout up in the last year than I care to remember, but today yet another joins the fray.

Unlike one category of e-bikes that look and feel just like a regular bike, the JiveBike’s appearance is a bit different. It has a low center bar, which holds the batteries and the Raspberry PI CPU that’s running the show. But, at the same time, the JiveBike doesn’t look so different from a traditional bike that you will turn into some spectacle on the road.

Oh, and it folds.

We’ve seen e-vehicles that fold down to compactness before — the Urb-E, in particular, comes to mind — but not very many e-bikes maintain the appearance of a real bike and still fold down to something more manageable. 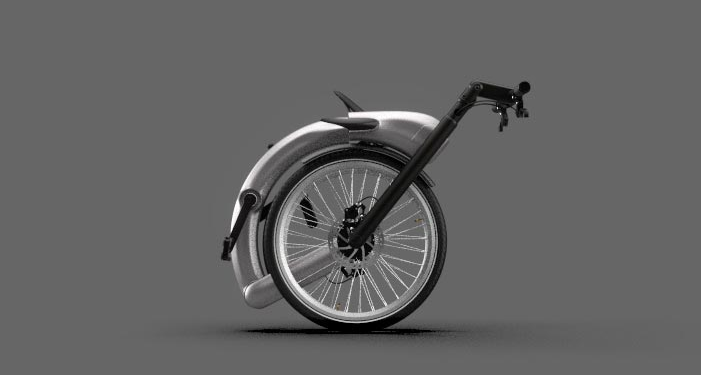 The JiveBike can last 20 miles on a two-hour charge, with a maximum speed of around 15 miles per hour.

You can choose between three driving modes: electric, manual or assisted pedaling.

Plus, it also comes with a mount for your smartphone, and Bluetooth connectivity so you can pair with the JiveBike app, letting you see how many miles are left on the bike and charging status. And if that weren’t enough, you can plug in your route on maps and have easy-to-read directions while riding around.

There’s just one caveat. The price on this bad boy is sky high. You can pre-order a JiveBike now by paying half of the full price, which is just north of $2,000, and then pay the second half of the pre-order after receiving your JiveBike and testing it out.