It sounds odd to be talking about another photo sharing app, but a young company has – incredibly – come up with an entirely new take on the concept. Povio, a young startup from Slovenia, gained early traction with its clever take on photos and will now join Y Combinator’s winter batch (for which is gets $20k, 3 months’ worth of mentoring and acceleration, in return for 7% equity).

Povio’s take (available for both iOS and Android) on photo sharing is, bizarrely, unique. We literally haven’t seen anything similar (yet). 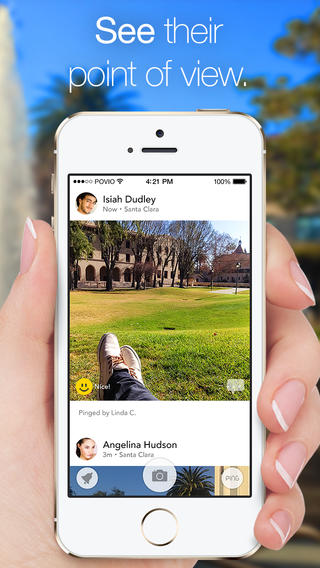 Why? Because all photo sharing apps today are push-based. You see, normally you have to take a picture for your friends to see in order to then elicit a response from them, whether they want it or not. Photo apps today are about a traditional feed model — you post, and it gets pushed out. The problem with that is it does not work terribly well with shy people – and into that category fall millions of teenagers.

Instead, with Povio, when you’re in the app, you log into your Facebook account and you see a list of your friends who also have Povio. At this point you can “ping” any of them and they’ll get a request from you that lets them easily take a photo and reply back to you.

This sets up that conversation, that all important back and forth — and the potential for flirting, of course. The simplicity here is that this avoids awkward situations and embarrassment for both parties. It is friendlier to ask for a photo, rather than just sending a photo to someone unprompted.

When it launched about a year ago the app took off like wildfire in its home market of Slovenia in Eastern Europe, hitting over half of the Slovenian Twitter user base. 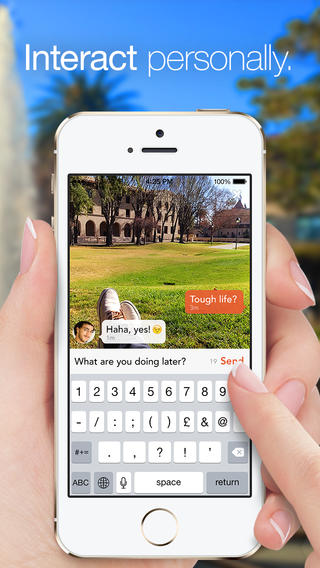 Povio then applied for Y Combinator’s 2014 winter batch and set about moving out to the West Coast.

Next up was seeding the app in the US, which they managed to do in Santa Clara University, right in the middle of Silicon Valley. Inside 4 weeks, 30% of the University’s students – 1,200 students – signed up for Povio and half of them are using it daily, says founder Matevz Petek. Some 15% of students at SCU are using Povio every day, he says. And 55% of all registered Povio users in the United States are coming back every single day.

Petek says: “I wanted to make a social network that’s not about pushing your content, but actually asking or being asked for it, so it doesn’t feel intrusive.”

Could it be cloned? Petek agrees it could be easily cloned, “but like all social apps we are really

focusing on community and once you have a community, I think we can pull it off. Usually in social networks the tech is not the challenge, it’s about making a community and a trend.”

Povio is for now 100% focused on growth. It actually sounds like Povio has some kind of shot in the space.

And if that doesn’t work, well, Petek was a multi-time Freestyle Snowboarding World Cup Winner. So there’s always that to return to.