UberConference, the winner of our TechCrunch NYC 2012 startup battlefield competition, is relaunching its iPhone app today. The company previously launched an iPhone app back in December 2012, but then removed it when it launched the second version of its service a year later.

UberConference, which aims to take the hassle out of conference calls, added a couple of new features to the app and mixed up the user experience to make the service easier to use on mobile. With today’s relaunch, the service is adding the ability to schedule meetings to the app, for example. Until now, the app only featured the ability to immediately start a conference call. New users can now also use the app without having to sign up, thanks to a new trial mode. All the major settings for your account are now also accessible from the app. 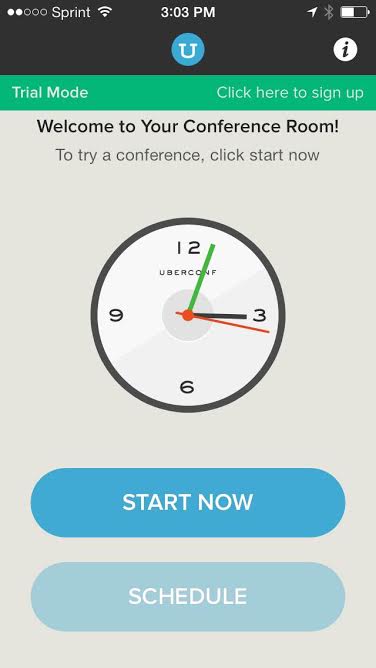 The new design, the company tells me, was obviously meant to fit Apple’s new flat design in iOS 7, but the team tells me it also used this opportunity to ensure the flow of setting up calls became easier.

Except for document sharing, UberConference says every feature that is currently available in the browser-based version is now available in the mobile app, too. Users can record calls (and download an MP3 for later), mute calls and add call lock for added security.

The app also features UberConference’s social network integration, so you can more easily pretend to remember the other person on the call was on vacation in Hawaii last week.

To start — or schedule — a conference call from the app, users simply choose a few contacts from their address book and click start. UberConference handles the rest.

The updated app is now available in Apple App Store.