Base, a cross-platform CRM tool for sales teams, today announced that it has raised a $15 million Series B funding round led by RRE Ventures, Index Ventures and OCA Ventures. Other investors include Social+Capital, Hyde Park Venture Partners, I2A Fund and a number of angel investors who participated in previous rounds.

Base says it currently has about 3,500 customers and is seeing revenue “in the millions” with 700% year-over-year growth. The company currently has just under 100 employees and is based in Chicago. With this new funding round, however, the company plans to hire aggressively to expand its sales team by 6x by the end of the year. In addition, it will move its headquarters from Chicago, where the company was founded, to the Bay Area. Demand there, Base tells me, is too strong for the current sales team to handle effectively.  The company, of course, will also continue to invest in its product.

As a CRM tool, Base is going head-to-head with Salesforce, but the company tells me it is winning customers from its bigger rival. Thanks to being a new product, Base argues, it is able to offer services like mobile geolocation to allow users to find customers (or potential customers) around them in real time. With Base Voice, sales reps can also make calls from any device — including the browser — and capture and log all of their calls automatically. “Salesforce fails to effectively compete with Base because it is incredibly hard for them to re-platfom for the new computing stack,” a company representative told me. 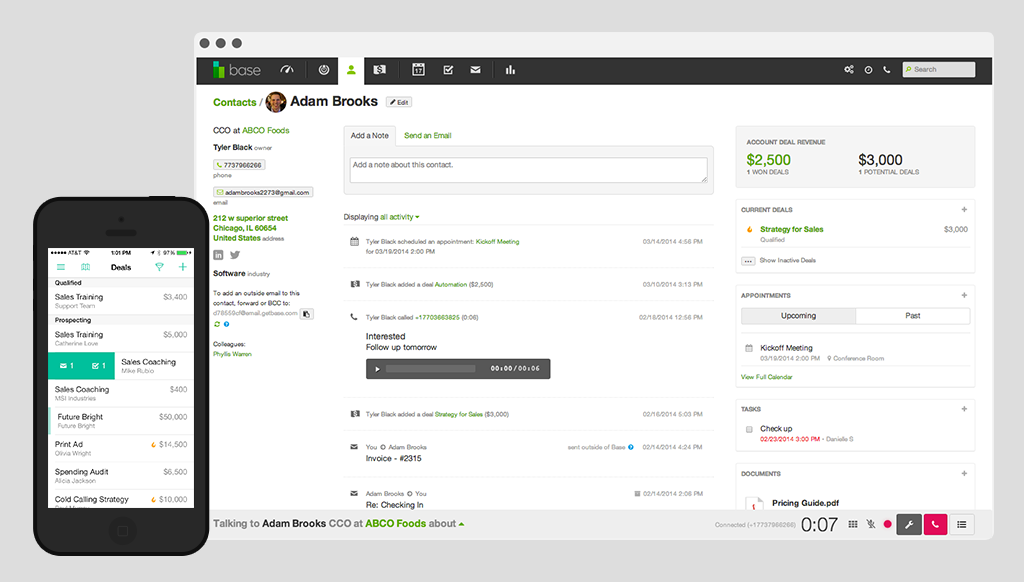