The European Commission has announced it is making €100 million ($USD140 million) available to entrepreneurs and startups from anywhere – not just Europe – to create a prototype ‘smart city’ application based on “FI-WARE“, an Open API platform created by the EU-funded project called Future Internet.

What the hell are we talking about here? Well, FI-WARE is the rather tortuous name given to a private-public partnership funded by the European Commission which also has investment from Spanish telco Telefonica. FI-WARE has a number of open source, API-enabled tools which are supposed to allow developers to create (among other uses) ‘smart city’ apps. The idea is that developers use F-WARE’s sandbox environment to trial their prototypes and get feedback from a smart city experts and developers that are on the platform.

The FI-WARE people run regular hackathon competitions to promote the platform called Campus Days with top 20 entrants SHARING prize money of around €56,000. You can compete for a further €145,000 on other heats of the competition.

So long as developers create prototypes (no products and startups, mind) on the FI-WARE platform they are eligible for the competition and can carry on winning cash.

Juanjo Hierro, (pictured) the Senior Technology Expert at Telefónica who runs the FI-WARE project even has other hackathons and initiatives around topics like the Internet of Things, Robotics, Real-time data, and something called “Safety.” 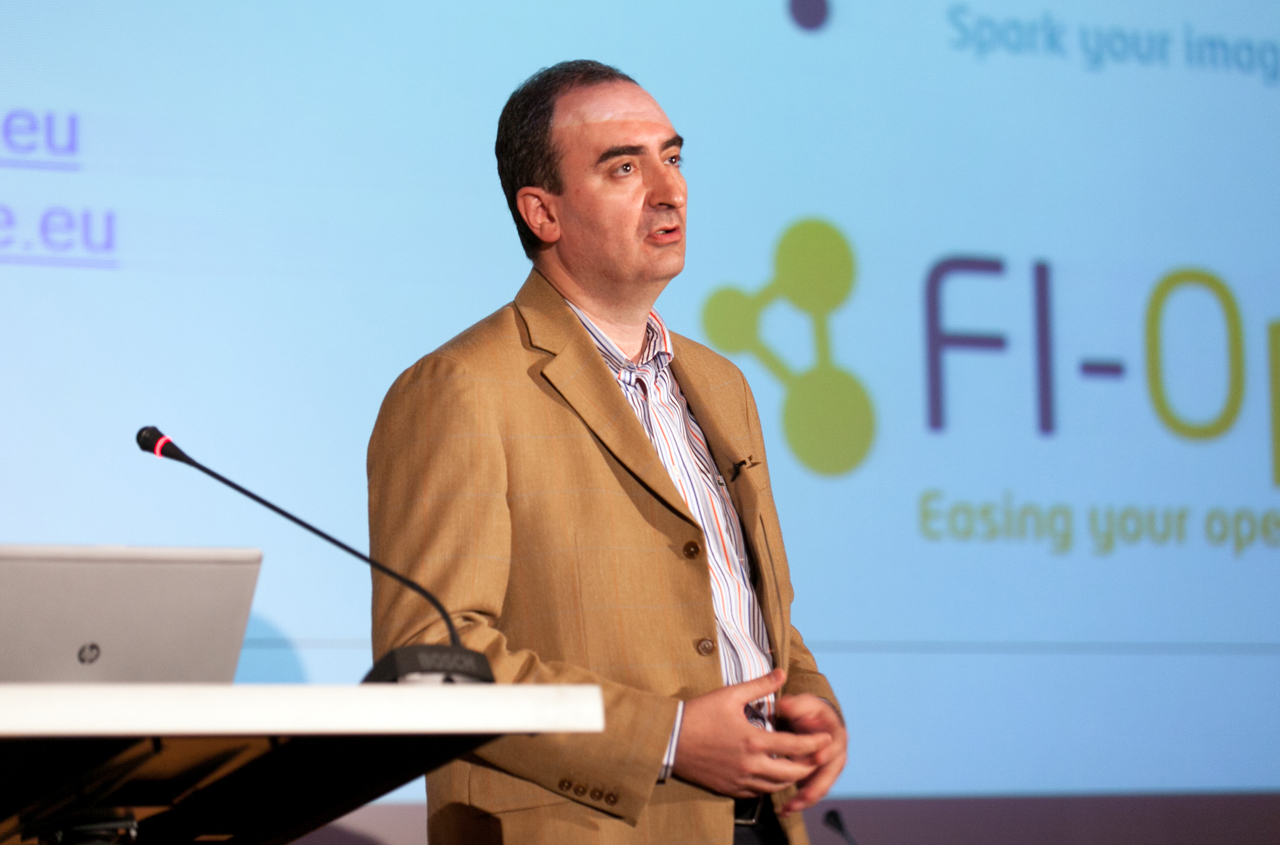 Now, it all sounds very laudable, but I’d like to ask the question: What is the damn point?

Has anyone ever heard of a successful project to come out of these FI-WARE competitions?

Because from where I am sitting, FI-WARE is a completely pointless exercise.

Apparently their press office tells me previous winners have created apps such as FoodLoop, which “seeks to minimize food wastage by leveraging supermarket discounts on fresh produce as it approaches its expiration date.”

Now, Foodloop wasn’t very high on a general Google search but asking asking the EU I was told it was here.

The project is “ongoing.” That’s nice for it’s young creators, but I put it to you that an “ongoing project” does not add up to a whole hill of beans in terms of the EU’s economy. Indeed, it would be great if these creative young minds weren’t more encouraged to turn their interesting idea into a full-blown startup, instead of working on more FI-WARE hackathon competitions.

There is scant proof this hackathon prize money creates any jobs or new companies. Indeed, the source code of the previous hackathon competition winners hasn’t been touched for over four months.

That alone is a damning indictment of the efficacy of these programmes.

Let’s see who is actually doing tangible value creation in smart cities. For one, it is companies like Waze, that, from a standing start produce a product which did not sit in some lonely hackathon gathering competition money. They got out there, iterated their product until is was used by millions of people, and were eventually acquired by Google for a Billion Dollars.

All the founders are now multi millionaires who will now invest in their own startup ecosystems. Waze is now a product which is actually making cities smarter as we speak.

Can anything that comes out of FI-WARE claim such a feat?

Why is the cash-strapped European Commission spending such sums on hackathon prize money?

It should be simply encouraging municipalities to open up their transport infrastructure data so that private sector startups can build apps.

Just as Startup CityMapper did with Transport for London, very successfully. London works more efficiently because people love the app and CityMapper will do well, creating economic value.

Increasingly, FI-WARE looks like a simple front for Telefonica and the EU too look like they are ‘doing something.’

FI-WARE produces prototypes based on largely dead technology which go nowhere. It does not create value, economic development or successful startups and entrepreneurs.

I am reminded of the old cartoon of the two men digging and filling each other’s holes, just to stay active and employed.

What a great initiative.