By now, you’ve probably heard about the mounting student loan crisis. Thanks to the financial crisis, the high cost of a college degree and comparatively high interest rates in the U.S., some 40 million Americans have amassed somewhere between $1.08 and $1.2 trillion in debt. With the average debt load nearing $30K per student in the class of 2012, it’s no wonder student loan debt owns the highest delinquency rate among all major forms of consumer debt.

It’s for this reason that student debt has been getting more attention from the media of late, and why the tech industry has begun debating whether or not a college degree is even worth the price of admission. Luckily, companies like SimpleTuition have emerged over the years to help those on the same side as Google CEO Eric Schmidt, who loudly came out in favor of college yesterday.

With tuition and loan interest rates continuing to rise and family incomes continuing to drop, affording higher eduaction today (and in the future) requires a significant amount of planning. Like the recently-acquired MyEdu, SimpleTuition wants to help students and families reduce the costs of a college degree — beginning with student loans — by offering tips, tools, advice and deals on everything from how to find scholarships, financial aid and cheap textbooks to how to manage debt and compare loans.

When SimpleTuition first emerged in 2006, it primarily served as a destination for students to find and compare college loans. Since then, SimpleTuition has been slowly transforming itself into a marketplace in an effort to provide a broader range of college planning and savings services. The marketplace approach has apparently been working, as the Boston-based company expects to serve upwards of 17 million people in 2014, CEO Kevin Walker told VentureFizz in January.

Furthermore, with a staff that’s grown to over 35 and revenue increasing to $45 million in 2013, SimpleTuition’s appeal to investors appears to be growing in kind. Looking to capitalize on the interest and continue to dive into what it believes to be a huge market opportunity — thanks to the 50 million people involved in higher education, who collectively spend upwards of $400 billion/year on college-related expenses — SimpleTuition is adding a big chunk of new capital to its tank. According to EDUKWEST, the company recently secured a $26 million round of new financing led by its existing investors, Flybridge Capital Partners, Atlas Venture and North Hill Ventures.

The new investment brings SimpleTuition’s total capital to $52 million, raised in five rounds of financing in which Flybridge, Atlas and North Hill were the sole investors, according to CrunchBase, along with $5 million of debt financing from Horizons Technology and Finance Management to help fuel growth.

In building out its marketplace to support a wider range of student use cases, the company has taken a combined build-it and acquire-it approach, developing SmarterBucks, its rewards program to help students pay off debt, internally. In turn, SimpleTuition acquired ValoreBooks in 2012 to give students the ability to compare textbook rental and purchasing prices and find cheaper alternatives.

The three prongs of its business — loan comparison, textbook purchasing and rental, and savings programs — all act as marketplaces, supporting additional tools that help students connect with buyers and sellers in an effort to help them find deals and save money. That includes scholarships and, even, electronics.

SimpleTuition is moving in the same direction as a growing number of education technology companies, that is toward becoming a hub for student services and everything a collegian might need to survive at college. In SimpleTuition’s case, it’s to help students and families afford college. We’ve also seen companies like Chegg going increasingly in this direction, albeit from the opposite starting point; in other words, beginning as a book rental marketplace, Chegg has since been expanding into a larger platform and now offer study tools, internship search and course reviews to boot. Pearson is doing it, and so are many others.

It’s been working. Thanks to its broadening scope, SimpleTuition has been hovering right around profitability, Walker told VentureFizz, sinking into the red at times as it pours revenue back into its business, whether in acquisitions or product development.

With $26 million in fresh capital under its belt, don’t be surprised if SimpleTuition continues to add new services and mini-marketplaces which fit under its larger “student savings” marketplace umbrella. It could be an active year — not only for SimpleTuition, but the many moving in a similar direction. After all, the student debt crisis isn’t going away any time soon. 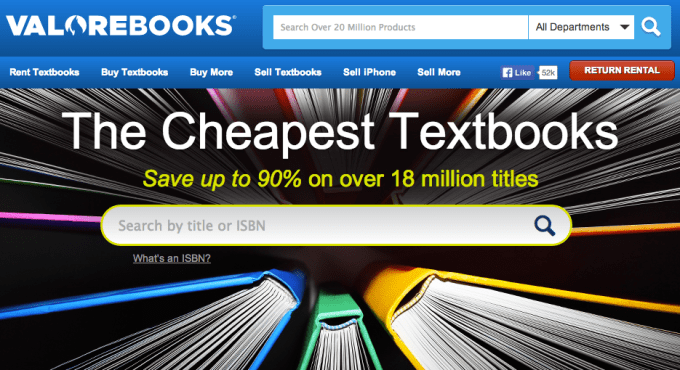