At this year’s Dx3 digital business expo in Toronto, one of the highlights was a Seattle-based company called Hointer that’s aiming for nothing short of a complete revolution in the way we buy clothes in stores – and it’s using robots to make it happen.

If you ask the average guy about their least favorite part of the shopping experience, a good chunk of them are probably going to cite having to deal with overeager sales staff. Customer service is one thing, but feeling harangued by people who go in for the hard sell is something else, and it’s hard sometimes to distinguish between the two.

There’s also the problem that the retail isn’t necessarily what one might call convenient or relaxing: fighting crowds, hunting through disorganized stock, waiting ages in line for check-out. Amazon is succeeding in taking away business from physical retailers, and it’s doing that mostly on the back of providing an experience that doesn’t require anyone to leave the comfort of their own homes. 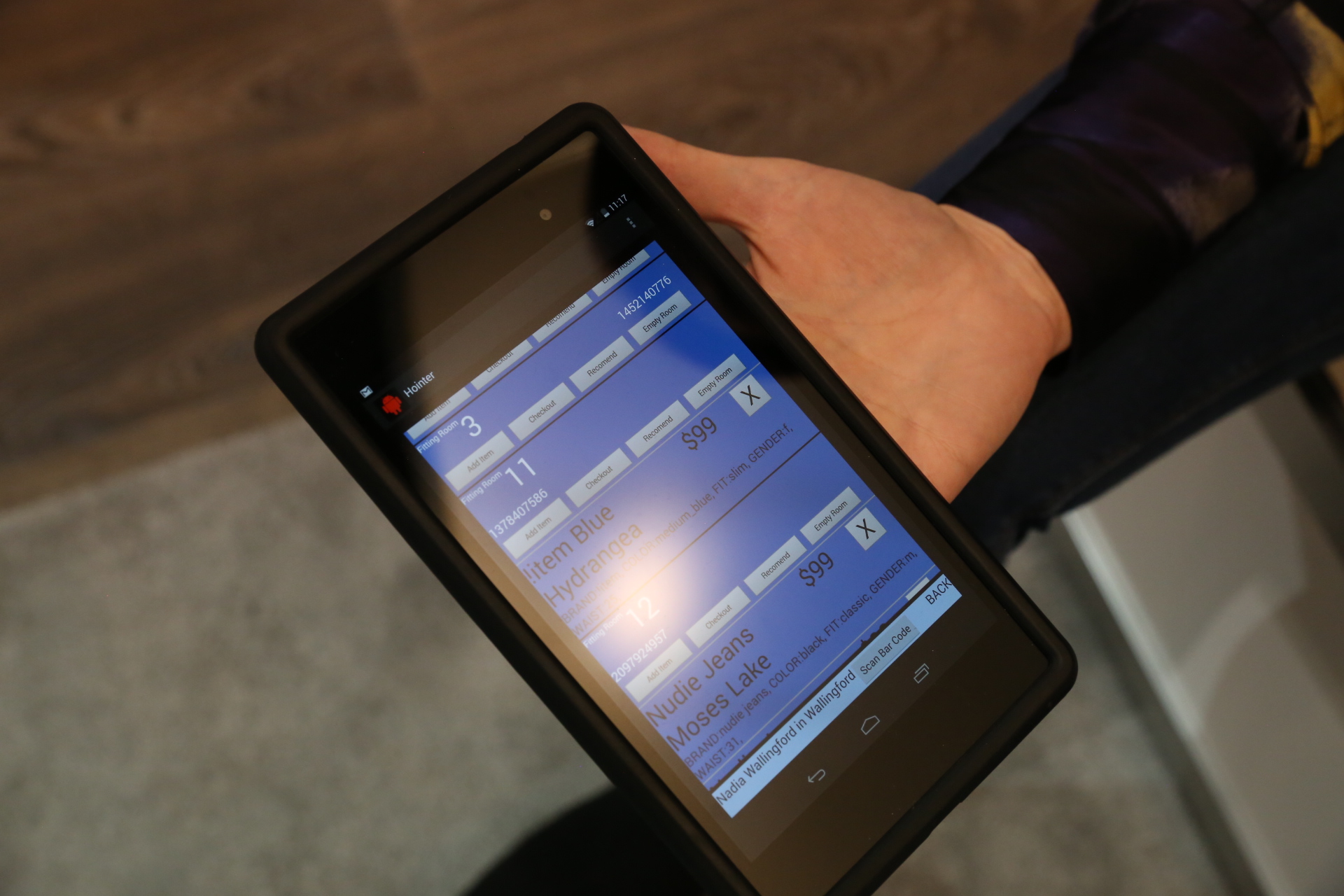 The retailer’s backend on Hointer

Hointer founder Nadia Shouraboura knows a thing or two about Amazon and its retail strategy: she was employee number ten at the Seattle-based tech company. Her new company is heavily tech-focused too, as it uses mobile software, a robotic backend and a development strategy of rapid software prototyping to bring everything together for an entirely new kind of in-store experience.

“Tons of people come into our storefront in Seattle, and they tell us what they like, and what they don’t like, and they yell,” she explained in an interview, describing how Hointer’s own store works, where developers sit on the show floor and code, replacing traditional customer service reps. “Sometimes if a feature request is really simple, it’ll be in the store the next day, and customers will come back and see that the idea has been implemented. We’ll try 10 ideas a day, and 10 of them are usually dumb, but we try it and then we roll it back.”

The rapid prototyping approach has resulted in a mature sales platform that incorporates barcode scanning via a mobile app, to bring up product information and the ability to order direct from a mobile device, and have that stock waiting for you in a change room. You can order new sizes and reject items instantly, and also pay direct from your device in some versions. This can be handled via a robotic store backend, or done using human support staff, which is a more popular option in emerging markets where labor is cheaper. Even the robotics systems and SaaS solutions for the customer interaction and retail operation management only cost around $40,000 to $50,000 per year to install and get up and running, Hointer tells me.

What consumers expect of in-store shopping is a shifting beast, and stocking shelves with goods isn’t cutting it anymore. People want something not easily replicable via online tools with their modern shopping experience, and Hointer’s systems are designed to handle the basics and free up floor space and retailer time, so that they can focus on better addressing those things they can offer a customer that an online shopping cart can’t.