CloudPress is a year-old startup which has emerged from the chaos of the Egyptian revolution, only to be acquired by one of the world’s biggest media companies: News Corp. Indeed, the media giant was so impressed with the team and the product, that it scooped it up in a fast acqui-hire, a move led up by Nick Bell, the companies’ shrewd Senior Vice President of Product and – a few years ago – a former UK-based serial entrepreneur.

CloudPress Co-founder Mohamed El-Zohairy says “after several meetings with News Corp, we realized that joining forces would be the best way to achieve the kind of impact we were hoping for.” As a result, they’ll be winding down CloudPress in the next few weeks. No acquisition figure has been released.

The three founders of CloudPress – Allen Chen, El-Zohairy and Bobby Mathews – started the company in Egypt early 2013 and were incubated by Flat6Labs, one of the very few tech accelerators in the Middle East and the only one we’re aware of that is based in Cairo.

Users achieve this by manipulating an online drag-and-drop editing platform to upload and arrange images, text, and videos, without any coding being necessary. This can pull in imagery and content from Pinterest, Facebook, Twitter, Embed, Email etc.

The published content is then immediately online and available to distribute through social media and email channels. It’s optimized for touch and mobile. You can check out a demo here.

Competitors include Ceros and Glossi.

Although News Corp won’t continue with the product itself, you can imagine what a media giant might do with such a platform that it owned and operated itself.

The story of CloudPress is to some extent also the story of an emerging startup ecosystem in the strife-torn country of Egypt. 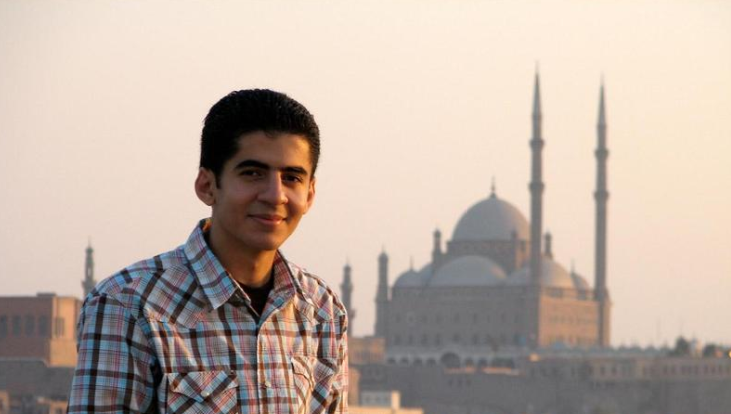 Chen, El-Zohairy and Mathews met at the University of Washington in Seattle while doing their undergraduate degrees in computer science.

El-Zohairy is a University of Washington graduate, and worked for Adobe Systems with the Adobe InDesign team in Seattle, and for mobile and web startups in Egypt and Canada. As a student, he was selected for one of only 5 scholarships given to Egyptian students to study in the US.

Chen is a University of Washington graduate, with 5+ years experience as a software engineer for Amazon.com. He led the design and implementation of many of the front-end libraries that Amazon is built on.

Mathews is a University of Washington graduate, with 4+ years experience as a software engineer at Amazon.com. He developed various frontend and backend components.

While El-Zohairy was in grad school in Canada, the Egyptian revolution started rumbling in in 2011. Deciding to get involved, he ended up in Cairo during the uprising and revolution that tore through the country, trying to apply his skills as a technologist to help.

In fact, co-editor Alexia Tsotsis profiled his exploits on TechCrunch.

After he went back to Egypt, El-Zohairy and Chen (who was in Seattle) started working together on a side project to create a platform for independent authors who want to publish children’s books on multiple tablet platforms.

At the end of 2012 they applied to Flat6Labs and Mathews joined them.

Chen and Mathews went to Cairo at the beginning of the accelerator’s programme for a couple of weeks, but later worked remotely from Seattle for the rest of the cycle.

Eventually they launched their product Demo Day in Cairo which you can watch here.

“Our Flat6Labs experience was great,” says El-Zohairy “It’s doing an excellent job supporting entrepreneurs in Egypt despite all the challenges that the country is facing.”

So ends one amazing story – and another begins. It just goes to show that great startups can come from anywhere, even from a country thrown into chaos by a revolution.