There was once a rumor that Apple would actually use a ring device for input to an Apple television. Neither of those gadgets exist yet, of course, but Ring is a Kickstarter project trying to fund a finger-based wearable that could enable the kind of controls envisioned in that Apple flight of fancy.

The Ring is a hardware device that resembles an ordinary (if slightly chunky) ring, filled with sensors and electronics to give it the ability to control devices and render input. It can enable gesture controls, of the kind you’d get with a Wii remote, for instance, as well as text input by drawing letters in the air, gesture-based authorization for finalizing payments, and transmit alerts from connected devices via a built-in vibration motor and onboard LED. 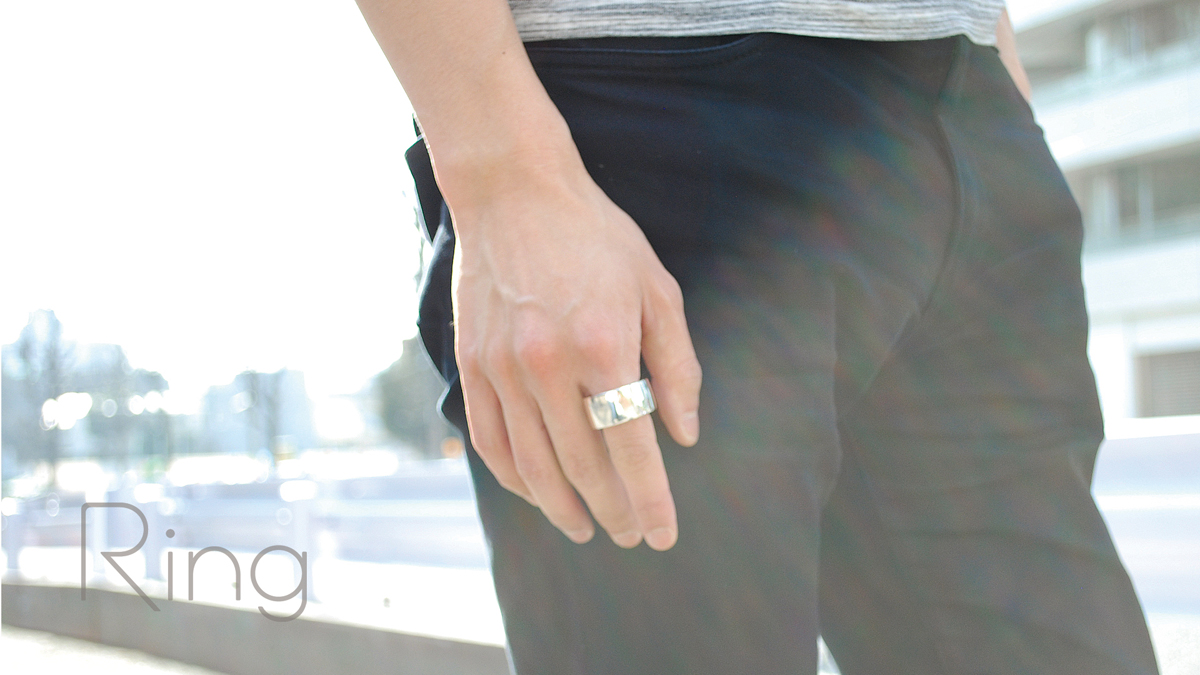 That may sound familiar, since the Fin wearable that made its debut at our TechCrunch Battlefield competition this year at CES in Las Vegas has similar aims. The Ring is much further along, however, and even demoed at our TechCrunch Tokyo 2013 Startup Battle last year, where it took top honors. The Ring is currently in its sixth iteration, and has moved from something you’d barely call wearable, to a ring available in six finger sizes that resembles the average class ring in terms of dimensions.

Sensors on board can detect even the smallest finger movements, according to Ring’s creators, and the gadget works with preset gestures for common controls (calling up messages, playing music or activating the camera), plus you can configure your own custom gestures using the companion app. There’s also a pre-set alphabet for text and number entry, and it can pair directly with other Bluetooth 4.0 devices that are compatible with its software, or to any Wi-Fi or IR capable device via a hub accessory that receives commands from the Ring itself and then passes those on.

For mobile payments, it enables direct payments using either GPS location data or iBeacon to restaurants, retail stores and others with compatible systems, and you can even enter the amount with your finger by drawing on air to complete the transaction. Plus, you can make a quick checkmark gesture to approve set amounts typed in by the merchant. Access to even more integration and other software will be made available via various developer tools, including an Open URL scheme that allows a gesture to call up a specific web address on a connected devices, JavaScript integration, and SDKs for both iOS and Android software.

Eventually, the plan is to house all Ring-enabled apps in a central software store, accessible via your mobile device or computer. The Ring is currently compatible with iOS and Android devices with Bluetooth 4.0 support, and Windows Phone software is also in the works.

The campaign raised over $200,000 of its $250,000 goal in its first day on Kickstarter, and offers single unit pre-orders starting at $165, with a projected delivery date of July, 2014. That means it’ll come just in time to serve as a wedding band for late summer unions, if you want something that’s functional as well as fashionable.