Update: WhatsApp experienced an outage for around 210 minutes today from 11am to 2:30 pm PST. Users around the world reported that they were unable to send messages, and WhatsApp confirmed these problems at 12:16pm PST with a tweet stating “sorry we currently experiencing server issues. we hope to be back up and recovered shortly.”

WhatsApp started to work again for some users at 2:30pm PST after around 150 to 210 minutes of downtime. Some users reported  that “last seen” stamps vanished from their conversations when WhatsApp first came back online, but now some say they’re appearing again.

At 2:48pm PST, WhatsApp confirmed it was back up with this tweet

Around the same time, WhatsApp CEO Jan Koum apparently told the Wall Street Journal via email that “we had a server outage, should be OK now.”

WhatsApp users flocked to Twitter asking “Is WhatsApp down?”. They were met with memes joking that Facebook was shutting WhatsApp down, that its founders went on vacation, that there was a party in the server room, or Zuck himself was meddling with the app 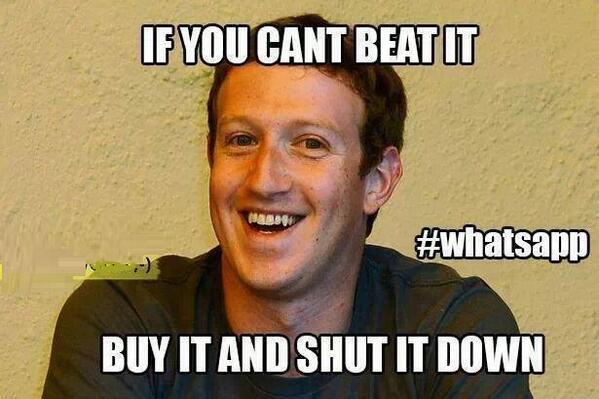 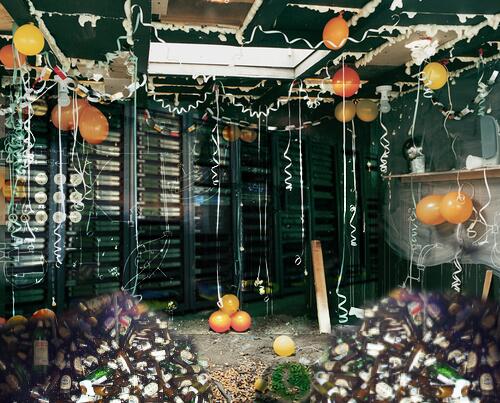 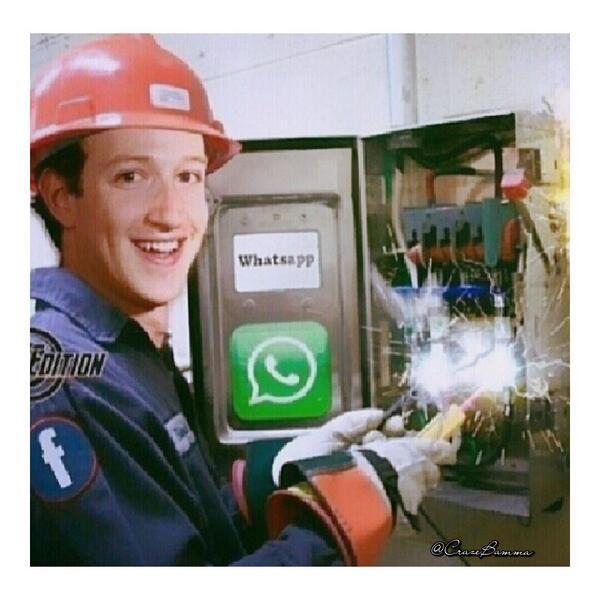 In reality, it’s more likely that WhatsApp’s $19 billion acquisition by Facebook announced Wednesday led to a surge of signups and usage that has overloaded its servers. We’ve contacted Facebook and are awaiting a response. 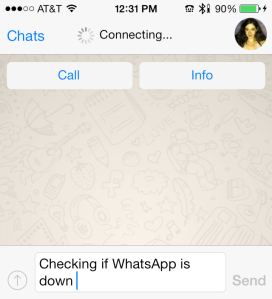 When users (including me) tried to send messages or check their existing chat conversations, WhatsApp got stuck, showing an endless loading asterisk and the alert “Connecting…”

The “WhatsDown” reports started flooding in around 11am PST, but there were some troubles last night as well. We received tips from frustrated users in the US, India, Israel, and many places around the world. The outage could stoke fears that Facebook will screw up WhatsApp if the acquisition gets regulatory approval.

The down time may have pushed users to other chat apps, as Telegram tweeted:

This is crazy. We'are getting 100 new registrations every second. Trying hard to prevent connection issues in Europe.

In a testament to the global popularity of the 450 million user service, condom brand Durex’s Kenyan branch capitalized on the WhatsApp problems by doing some marketing:

Whatsapp is down. You know what's up? Durex. You can now buy Durex online here. =====> http://t.co/xsoPAHPplp

As I wrote Thursday, being acquired by Facebook could give WhatsApp the engineering backup to be able to fight outages in the future. But today, being the biggest venture-backed acquisition in history worked against the messaging startup.

WhatsApp has suffered short downtimes every month or two for the last half-year. Stumbles like this are somewhat common for fast-growing apps, and users aren’t likely to permanently switch away since it was fixed relatively soon. Still, Facebook bought the startup for the astronomical sum in part because it is many people in the developing world’s first taste of the Internet. Now, their first taste of the Facebook-owned WhatsApp has been soured.