Peer-to-peer ride-sharing startup SideCar is releasing a brand new version of its app for both passengers and drivers, which will provide more flexibility for drivers and more choice for passengers. The new version is being announced along with an investment by Union Square Ventures and the appointment of Fred Wilson to its board of directors.

For SideCar, the new version of its app is meant to separate it from the Ubers and Lyfts of the world. Both of those competitors have focused on trying to create a predictable price structure for their passengers, with Lyft moving from the idea of “donations” to a flat fare structure.

Ultimately, those companies have worked to simplify the process of hiring a car with concrete expectations around an estimated time of arrival, fare structure, and overall cost of a ride. Put in your location, tap your phone’s screen, and a car will be on its way to pick you up.

With the latest update to its app, SideCar is taking the opposite approach, creating more flexibility in pricing for its drivers, which it believes will ultimately provide more choice for its passengers. Where Uber and Lyft have zigged, SideCar has zagged, in an effort to differentiate from the other on-demand ride apps out there.

Drivers will now be able to set more restrictions around the fares that they charge and how far they’re willing to go out of their way to pick up or drop off passengers. Those who have large vehicles with more seats, for instance, can charge a bit more than those who just have a five-seat sedan. 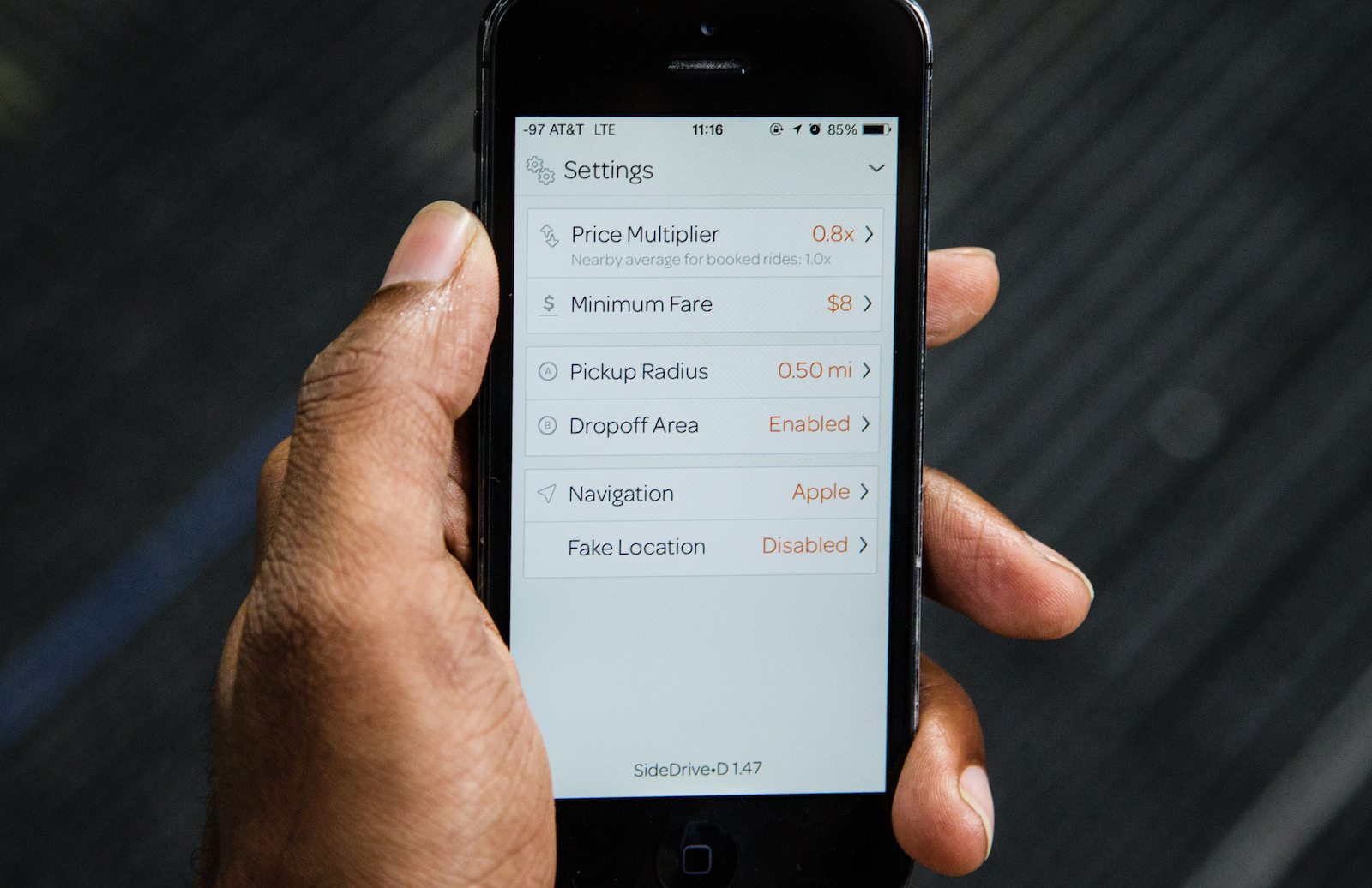 But creating more driver flexibility also means enabling some to designate where they’d like to pick up and drop off. This could theoretically create a commuter or carpool use case, where a driver who’s going from somewhere near his home to his place of work might be able to discount the cost to a passenger who’s taking roughly the same trip.

On the passenger side of things, users now get to choose which drivers or cars they wish to ride in. After entering their end destination (SideCar automatically detects your start location via GPS), they’re provided a list of available drivers, which includes a photo of the car, a “bumper sticker” for the driver to provide more info about themselves, and the cost of the ride. Users can also “favorite” drivers that they’ve enjoyed riding with, and those drivers will appear at the top of their list when they’re looking for a ride.

“We worked really hard to make this easy, without too much extra thinking and with no extra button clicks,” CEO Sunil Paul told me. “I think we sliced it in a way that you get the best of both worlds.”

While some might argue that too much user choice is a bad thing, and that most passengers don’t really care who’s picking them up or taking them from place to place, Paul says that the shift in direction actually provides more certainty around how much they’re paying, along with who’s picking them up and when.

He noted that in competing apps users are often told that the nearest driver is only a few minutes away — only to have another driver actually take the ride. And he said that with surge pricing, “you’re totally guessing” what the final fare will be. 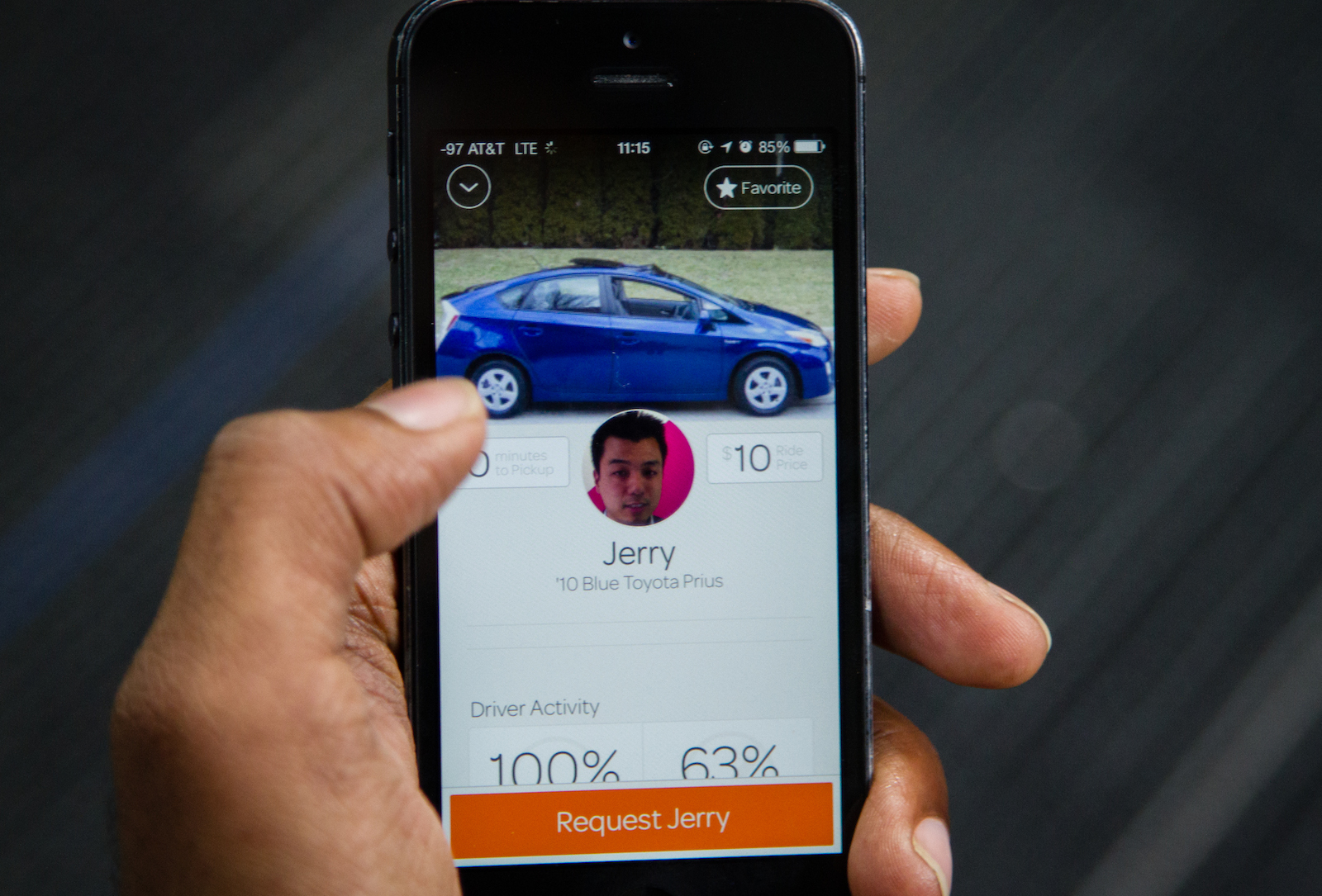 Along with the new app, SideCar is announcing that it’s raised a Series B round of financing from Union Square Ventures, which we’ve heard was around $10 million. The company actually got the funding last summer, but Paul told me that SideCar wanted to hold back on announcing the raise until the app update and shift in business plan was ready.

“A big reason for the funding was to execute on this significant shift in direction,” Paul said. “We were funded to execute and deliver on this pivot, and we didn’t think there was much to talk about until we did.”

There are a few other interesting things to point out about the funding. For one, SideCar is adding Fred Wilson to its board, which could help provide a little operational help as it seeks to expand into additional markets.

But the funding from Union Square Ventures came after it put $30 million into on-demand taxi app Hailo. Since the investments could be seen as competitive, I asked Paul why the investment firm felt comfortable investing in two companies that were both seeking to connect passengers with rides via mobile app.

“We don’t see the conflict, and neither do the folks at USV or Hailo,” Paul told me. “Where we are focused is this community-oriented marketplace, while Hailo has built its core business around the taxi market.”

(It’s probably also worth noting that SideCar’s Series B was dwarfed by Uber’s $258 million funding, which was closed around the same time. That might be another reason the company didn’t disclose it until now.)

While SideCar was the first pure ride-sharing startup to launch in the U.S., and the most aggressive to expand early on, it’s fallen behind both Uber and Lyft in the number of markets it serves. With a new app and guidance from Fred Wilson, we’ll see if it can turn things around.