There’s a whole stack of apps named “Paper” in the App Store, but Facebook’s new one may come out on top despite a requested name change from drawing app maker FiftyThree. One problem is that FiftyThree registered its app’s trademark as “Paper By FiftyThree” not “Paper”, and while it’s a lame legal loophole, it may be enough to let Facebook keep the name. 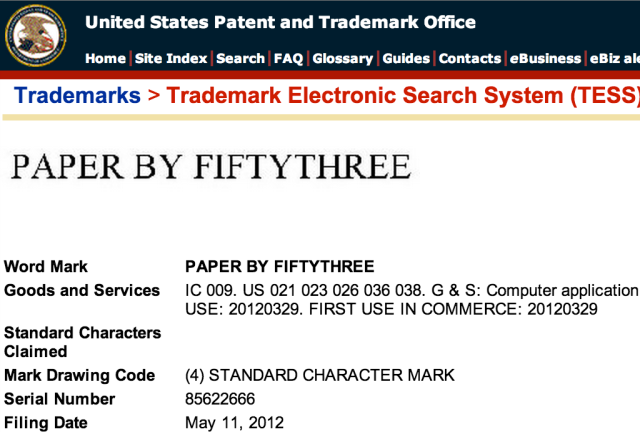 This morning, the $15 million-funded developer FiftyThree published a blog post about its app that launched in March 2012, explaining:

“It came as a surprise when we learned on January 30th [2014] with everyone else that Facebook was announcing an app with the same name—Paper…We reached out to Facebook about the confusion their app was creating, and they apologized for not contacting us sooner. But an earnest apology should come with a remedy…Facebook should stop using our brand name…What will Facebook’s story be? Will they be the corporate giant who bullies their developers? Or be agile, recognize a mistake, and fix it?”

It’s a reasonable take on the issue. FiftyThree’s app is well-known and loved. It won Apple’s 2012 iPad App Of The Year award. And it was in the App Store first. Yet today, Facebook launched a content reader and beautified Facebook client called “Paper”.

The argument conveniently ignores fellow drawing app Paper, released in October 2011 by studio Contradictory which has 25 other apps in the store. There’s also another drawing app called Paper released in September 2012 by miSoft. Plus there’s more than 50 other apps with Paper in their name. Paper Doll, Paper Camera, Paper Ninja.

Still, FiftyThree’s accusation that Facebook uses its size to bully developers rings true. But it might not matter because of the name FiftyThree registered its trademark under. I asked Facebook if it had a statement regarding FiftyThree’s complaint and was given a “no comment”. But if the complaint was elevated into a formal lawsuit, Facebook could likely tell the court “We didn’t release an app called ‘Paper By FiftyThree.'” 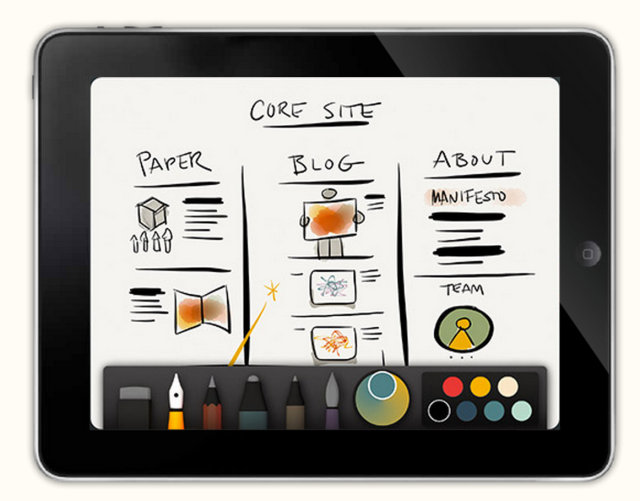 Though that position could hold weight legally, it’s not exactly honorable. Especially considering Facebook asserted its trademark on the word “book” to force other companies to change the names of products like Lamebook and Placebook. Though in those cases, third-parties were directly piggybacking on how Facebook used “book” to popularize their own brands.

Here, it’s more of a coincidence that Facebook wants to use a name already employed by FiftyThree rather than it trying to coin off the existing mindshare of the word. But it still feels like Facebook is trying to muscle in.

In the case of a legal battle, the court would be deciding if Facebook’s Paper is confusingly similar to Paper By FiftyThree. Since they’re distinct apps with distinct icons, Facebook’s has no drawing element, Paper is a common name other apps use, and the names are techncially different, Facebook may escape being forced into a change.

Mark Zuckerberg wanted Facebook to become the modern newspaper, offering high-quality content no matter what your area of interest. Though colloquially used by another developer, FiftyThree doesn’t have the legal rights to the name, so “Paper” may have just been too juicy for Facebook to pass up.