To understand why Stripe is and had been disruptive, it’s best to go back to the mission behind the company from a few years back. In 2011, the company, which is the brainchild of brothers Patrick and John Collison, stated that its mission clearly: “We believe that enabling transactions on the web is a problem rooted in code, not finance, and we want to help put more websites in business.”

While PayPal and others existed at the time to allow websites to set up e-commerce and payments, these offerings were clunky and not developer-friendly. Moreover, they had not adapted to new technologies and user interactions. In 2010, the Collison brothers set out to change this. They had come to the U.S. from Ireland and became affiliated with Y Combinator very early on when their company Auctomatic was sold in 2008 (they were only teenagers at the time).

In terms of the competition, Stripe goes head to head with PayPal, which also boosted its processing with the recent acquisition of Braintree. But the signal of investment from three out of five PayPal co-founders and now early PayPal employee Rabois shows that there is an opportunity for multiple players in the space, and that Stripe has huge potential for growth, especially globally. Patrick explained us that he sees some overlap with PayPal but fundamentally the two companies have different approaches to how they are tackling problems in the space. PayPal has moved into the offline world, and for now, Stripe isn’t heading in that direction.

One of the main differences Collison explains, is in Stripe’s approach to create a real platform around the company. The Collison brothers see Stripe as having the same opportunity that AWS has when building a hosting platform. They want to create the infrastructure that surrounds payments on the web and mobile, the way AWS has changed the way people build websites, says John Collison. The opportunity here is to further expand the payments API into mobile, checkout, fraud and more. A huge infusion of new money will only help this vision become a reality.

Stripe was originally a side project at college for John and Patrick, but they quickly realized there was inherent value in making online payments easier. And their ambitions were greater than just facilitating payments online–if payments were easier, they though, more businesses would be created online. Armed with seed funding from PayPal founders Peter Thiel and Elon Musk, Sequoia Capital (Michael Moritz is personally involved), Andreessen Horowitz and SV Angel, the Collison brothers set out to build out a payments platform for developers that “didn’t suck.”

In 2011, Stripe launched its developer-friendly online payments system that allowed site owners to avoid setting up merchant accounts and dealings with banks, while still ensuring transaction safety. With an eye for design and simplicity, the platform was an instant hit with developers. On the backend, Stripe supports multiple programming languages and can be deployed in minutes/ On the front end, the experience for the consumer is easy as well. The company’s API makes it easy for a merchant to store cards, enable subscriptions, and direct payouts to a bank account on a large-scale.

Stripe also allows developers build their own payment forms, brand the experience and allows sites owners to stay on the site for the checkout experience, This last point is huge, because many merchants don’t want users to have to visit an outside site to checkout and perhaps drop the transaction in the process. Having control over the payment’s UI and experience is a win for any merchant, as is the ability to cut out any redirection. 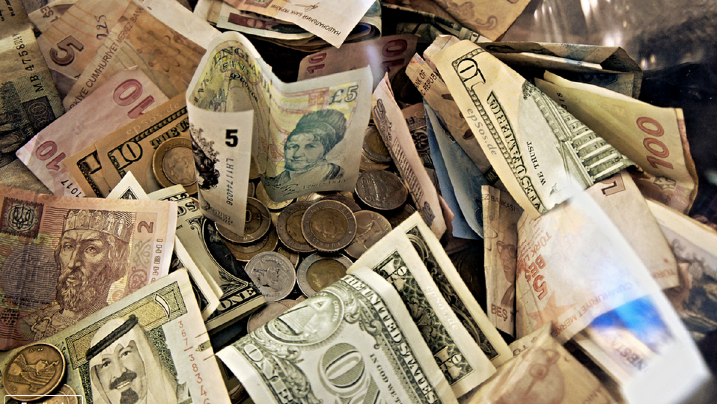 Unlike others in the payments space, the startup hasn’t been floating around numbers around how much it processes. But we’re told it’s billions per year, with thousands of customers, including Lyft, Rackspace and many others. In 2012, the company raised another $20 million, which has helped it expand into new offices in San Francisco, hire more aggressively and begin international expansion. C

In the past two years, the company has seen an explosion of growth internationally. Currently Stripe supports payments in 12 countries, but the opportunity is to eventually support 200 countries. In 2013 alone, Stripe added support for ten countries, and today, announced the open beta for Australia, Belgium, Finland, France, Germany, Luxembourg, the Netherlands, and Spain. In fact, Stripe is growing faster internationally than it is in the US. The new funding will be used towards expanding operations in international markets and hiring country heads to manage each market. Additionally, Stripe will be looking to build out its engineering staff here in the U.S. as well. Currently, Stripe is about 85 people today and of these, 22% are former founders and nearly 40% hail from outside the U.S.

“Creating this layer and modernizing payments infrastructure for the web us a big task,” John Collison tells us. “This means we have to expand to more countries, and potentially beyond credit card payments. We want to make payments work well for all merchants, all over the world.” Part of this, the Collisons explain, will be working with local banks on incorporating payments options for each market. From an operational standpoint, Stripe will be hiring country managers in each market and expanding from there.

In terns of revenue, we’re told 2013 was a big year, and the company says it saw fast growth but didn’t reveal numbers. Patrick Collison tells us that around six months ago, Stripe started getting more attention from larger companies, especially those in the Fortune 500. The company is reportedly in talks with Twitter to power the network’s e-commerce initiative. Collison alludes to more partnerships with larger companies to be revealed in 2014.

As for today’s announcement of funding, when the Collison’s wanted to raise new funding, they thought of who their dream team would be that would contribute both operational and payments expertise. Thiel, Rabois, and Michael Moritz is an impressive group for any company to scale, and potentially create a multi-billion company.

Stripe’s goal is to increase the GDP of the Internet.

Rabois as a new investor is a particularly interesting fit, considering his experience growing Square, Slide, working at then fledgling startup PayPal and more. Rabois had met with the Collisons when they had started Stripe and while he did not invest, he helped arrange a partnership with Wells Fargo for the startup. he kept int touch with the brothers and when he left Square and joined Khosla, he started talking more seriously with Patrick and John. In fact, he recalled in his first meeting with Patrick, the two spent over 3 hours just talking about the payments industry and Stripe’s opportunity.

“Stripe’s opportunity is massive particularly because of explosion of mobile,” Rabois says. “We’re just in the first and second innings of the mobile revolution, and it’s hard to quantify this but it looks like it’s going to be incredible for Stripe.”

Of course, opportunity and growth come with challenges. Rabois says that Stripe’s will be choosing which products and ideas to execute, and scaling headcount to hundreds.

Patrick recognizes that 2014 will be about execution, and furthering his and John’s goal of making Stripe the AWS for online payments infrastructure. “Stripe’s goal is to increase the GDP of the Internet.”