The initial public offering for Chinese online tour booking website Tuniu may not carry the heft of the impending Alibaba IPO juggernaut (rumored at $130 billion and counting), but it is a sign of investors’ continuing demand for public offerings from Chinese tech companies.

The Beijing-based tour site has selected Credit Suisse and Morgan Stanley to run the offering process for its expected $100 million IPO, according to several sources with knowledge of the company’s plans.

In  the clearest public sign of the company’s intentions, one of its investors, Gobi Partners, announced that Conor Yang, the architect behind the public offering of both AirMedia Group and Dangdang.com, had been hired as Tuniu’s chief financial officer earlier this year.

Group tours are a huge business in China, where the government passed recent legislation regulating how guided tour companies operate, according to an October story on CNN.

Online travel in China has already netted venture investors big wins. Qunar.com, which went public in November 2013, was backed by Mayfield Fund, GSR Ventures Management, Tenaya Capital, GGV Capital, Hillhouse Capital, and the Chinese search technology behemoth Baidu, which shelled out $306 million for a massive stake in the company in 2011.

That public offering netted the company $167 million, well above the $125 million target Qunar.com had set in its initial offering documents. Although Qunar.com ended Tuesday’s trading below its offering price, the company still has a market capitalization of over $3.05 billion.

Investors in Chinese technology companies have also been buoyed by the performance of Chinese public offerings throughout the back half of 2013. 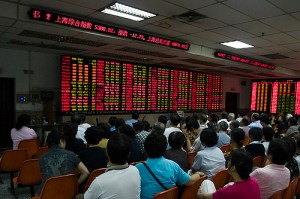 Since 2012 and through to November of 2013 nine U.S. IPOs from China had produced an average return of 203%, including the 1,127% return for Vipshop. That online retail company, which is now trading at over $107 per-share – up from an initial offering price of $5.50 in March 2012 – has been a huge win for early investors like DCM and Sequoia Capital.

Investment banks are also winning with these Chinese public offerings. Goldman Sachs and Deutsche Bank Securities Inc. acted as the joint bookrunners for the highly successful Vipshop offering, while Credit Suisse, Morgan Stanley and Citi were bookrunners on the IPO of 58.com, “the Craigslist of China”. Shares of that online classified ad marketplace are up 73% from their opening price of $24.12. On Tuesday shares of the company closed at $41.89.