As technology continues to infiltrate the tired old world of healthcare, the average patient stands to benefit in a big way, but doctors are struggling to keep up with a changing world. With origins dating back to 2004, Kareo has been on a mission to help doctors manage the increasingly complex business of medicine. Through its cloud-based practice management software, Kareo has worked to enable small practices to simplify day-to-day operations by taking the paperwork and administrative hassles out of the hands of their doctors to free them up to do what they do best: Work with patients.

In working with over 20,000 doctors at small practices in the U.S., says CEO Dan Rodrigues, the company quickly found that practices would rather turn to one provider for their digital needs, rather than deal with one provider for electronic health records practice management and another for billing, for example. So, early last year, Kareo expanded beyond expanded beyond its flagship practice management software for the first time, allowing its customers to access both cloud-based Electronic Health Records (EHRs) and billing services as part of an integrated suite.

With over 800 paying doctors joining the platform every month and now generating “several tens of millions in recurring revenue,” most of which has come since the expansion, Rodrigues says, Kareo is taking on a big new round of funding to help it fully integrate its new business lines. The new $29.5 million in growth capital brings the startup’s total funding to $72.5 million and follows the $20.5 million Kareo raised in January of last year.

The nearly $50 million in capital Kareo has taken on in the last 12 months are a tribute to the startup’s growth rate over the same period, and a sign that the company is moving fast to address what it sees as a big opportunity in the small practice segment. While small practices traditionally have been a less attractive area for SaaS companies, Rodrigues says, they are the ones who feel must overwhelmed by the pace of change in healthcare.

With the the on-going revision of digital standards in healthcare, increasing requirements for doctors, the proliferation of mobile devices and wearable gadgets — along with the market’s shift to more patient-focused incentive structures and consumer-centric models — small practices are struggling to keep up. As a result, the Kareo CEO believes that doctors are looking for a trusted service provider they can turn to that will provide access to a solution that helps them make sense of the changes and manage their increasingly digital practices. 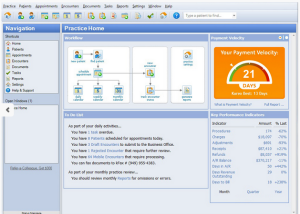 Led by Greenspring Associates and with contributions from OpenView Ventures and Silicon Valley Bank, Kareo’s new round will allow the company to ramp up its in sales and marketing efforts. While the company is now working with 5 percent of small practices, the segment still remain largely unaware of all-in-one solutions, especially newly integrated ones like Kareo.

In turn, the company has moved into spaces in EHR and billing that are occupied by popular startups like CareCloud and PracticeFusion in the former and a long list of enterprise incumbents in the latter. It’s now competing on three different fronts, and is taking on capital to support the integration of its cloud services, to increase awareness among doctors and grow its ballooning staff of 300.

Kareo hopes to build upon the quickening growth it has seen since expanding into these new verticals, which saw its EHR solution generate more than 5,000 signups in over the last 10 months its billing service attract more than 1,000 paying providers across 46 specialties.

Rodrigues hopes that by not only offering its suite of cloud-based services on mobile but in a freemium model that allows doctors to get up and running on the basic features for free, Kareo is lowering the barriers to entry for small practices looking to go digital. The company can then up-sell practices into its full-scale, integrated suite and, by offering this familiar SaaS pricing structure, it can gain a leg up on its enterprise competitors, which tend to offer more expensive and more complicated pricing tiers. Today, doctors can access Kareo’s full suite of services for under $300/month, he says. 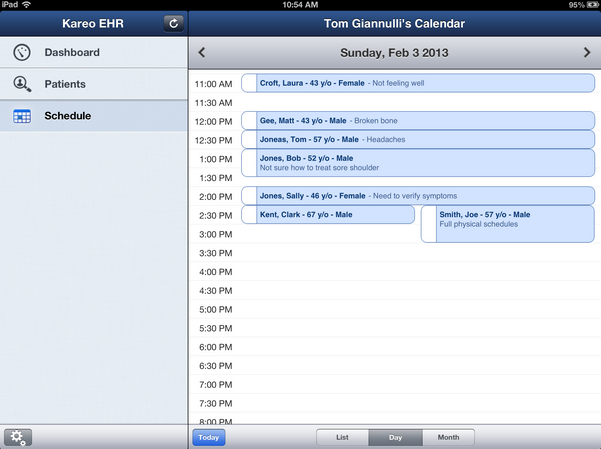