Dart, Google’s JavaScript competitor, launched its 1.0 version last November. While Google’s Go language has quickly caught on with developers, though, Dart has been struggling to attract them. In an effort to get more developers on board, Dart today became the first project to host its framework on one of Runnable‘s recently launched Code Channels.

Runnable, which launched a few months ago, wants to become something akin to a “YouTube of Code.” Instead of videos, it hosts a library of code snippets that are all executable right on the site. For the most part, the Runnable team audits all the code that goes on the site, but it also recently announced these new Code Channels, which are a way for vendors to integrate their frameworks with its platform. This, the company argues, makes it easier for developers to take new frameworks for a spin, and that’s clearly what the Dart team has in mind, too. 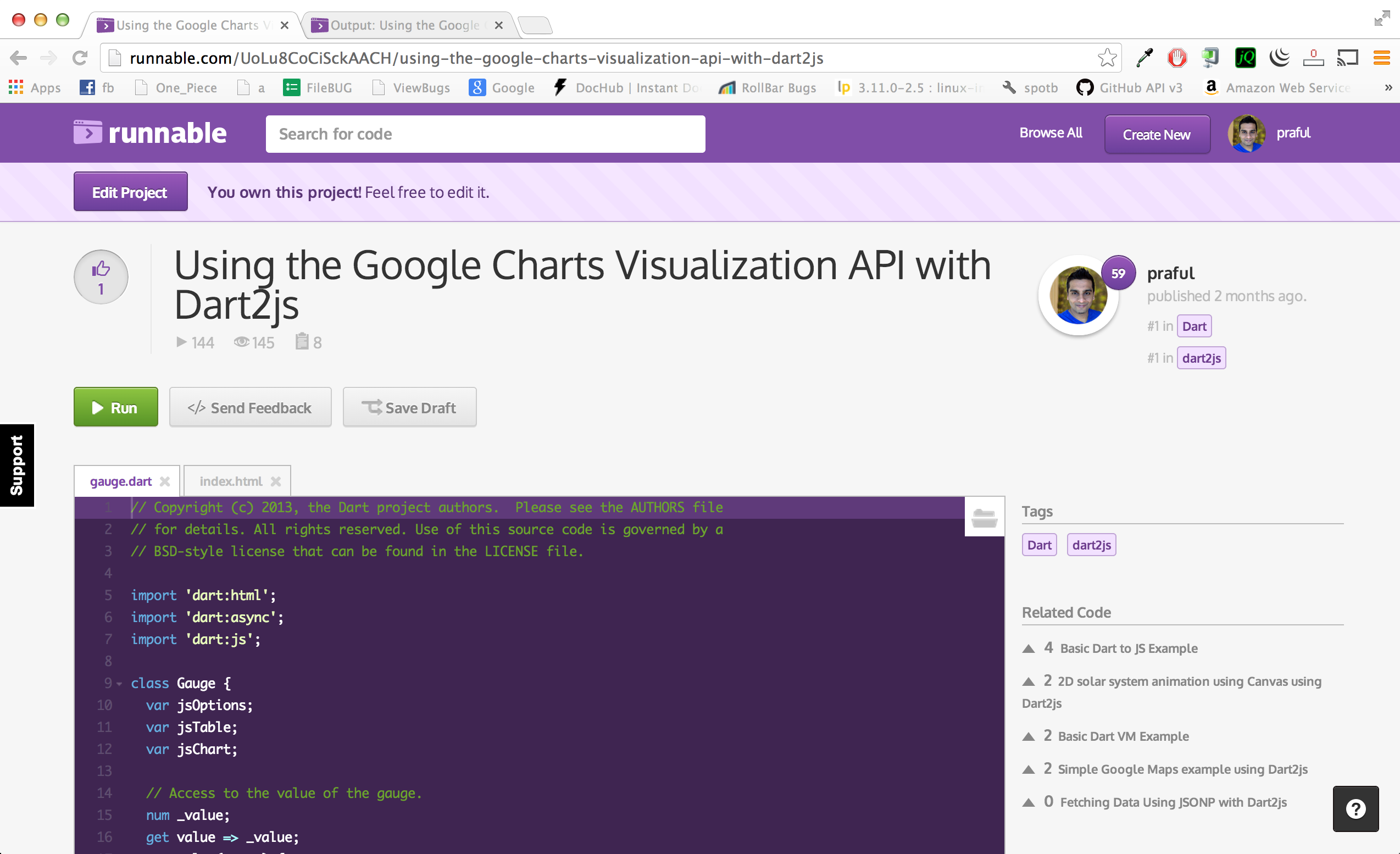 “We’re thrilled to have been selected by Google to host the new Dart framework,” said Runnable CEO Yash Kumar in a statement today. “Dart will be an extremely valuable addition to our ever-growing code library, making our library even more useful for developers. This is a great example of how Code Channels can help any company or developer let the world discover, run and use reusable code, and we’re excited to see the projects Dart allows our users to create.”

Given that the Dart virtual machine is only available in an experimental Chrome build called Dartium, it’s no surprise that most of the examples on Runnable focus on the dart2js Dart-to-JavaScript compiler that allows developers to write Dart code and still run it in all modern browsers.

Getting Google on board is a nice win for Runnable, of course. Today’s announcement also validates the company’s overall model and will likely give it the visibility necessary to get even more well-known frameworks and vendors on board in the next few months.