On-demand ridesharing, taxi and black car services from companies like Lyft and Uber have been quickly growing their reach within new cities and countries worldwide, but they’re not yet globally available. That’s why seeing their mobile apps ranked highly in countries like Nigeria, Kazakhstan, Estonia and Mongolia seems so odd. Is this another example of growth hacking, a bug, or something else entirely?

This question was raised yesterday by private company M&A database CB Insights on its blog. While analyzing data for the various transportation services, the firm spotted this strange finding. Notes the blog post, “many of the largest players in the market are ranked (sometimes highly) even in countries where they don’t have a presence in. For example, Uber is ranked 9 in the Travel genre in Nigeria…Similarly, Lyft is ranked 94 in Barbados, while it’s website seems to suggest that they are a U.S.-only business.” 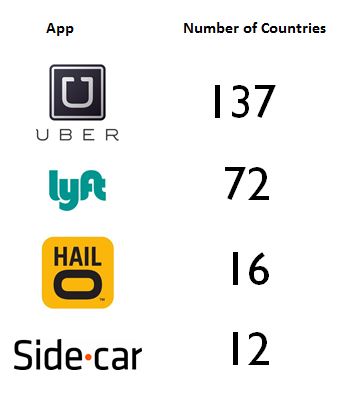 The question CB Insights posed remained unanswered – it was merely the suggestion that these companies may be attempting to manipulate their rankings in some way, possibly through less than above-board means. Either that, or there’s some pent-up demand for Uber et al. in several unexpected places.

The truth is, this sort of thing is common among today’s App Store developers. It’s just much easier to track with services like Uber and Lyft, which have very specific markets where they operate on the ground. But still, you may wonder why the Uber app, for example, would ever appear in the App Store in Nigeria, where it does not do business in the first place? 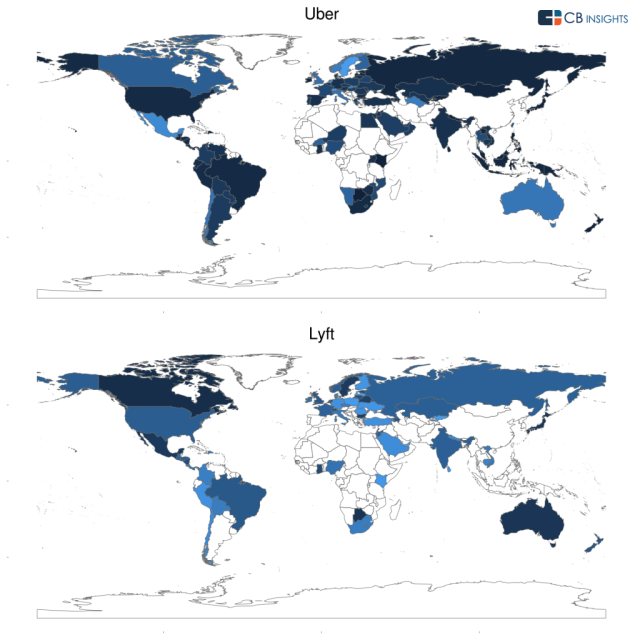 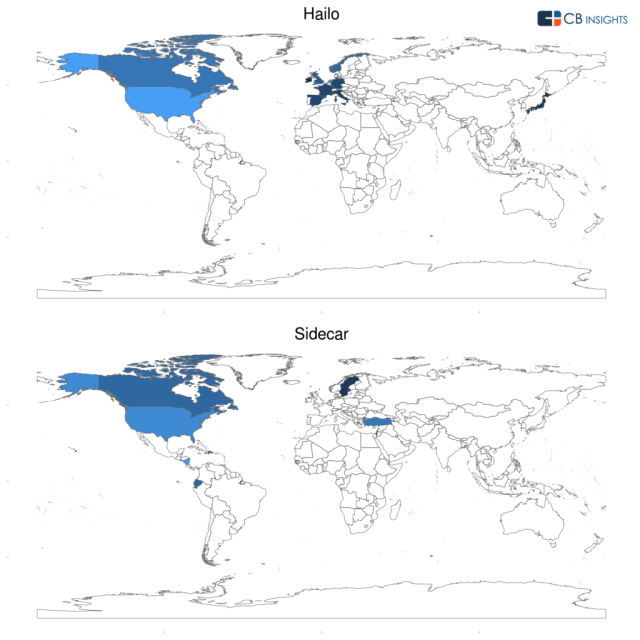 This part is easy to answer. In the iTunes developer portal, where companies submit their apps to Apple’s store initially, the option to make the app available in all supported countries is switched on by default. As Apple explains, “unless you select specific territories, your app will be for sale in all App Store territories worldwide.” Most developers simply leave this option as is, since there’s really no downside to doing so. 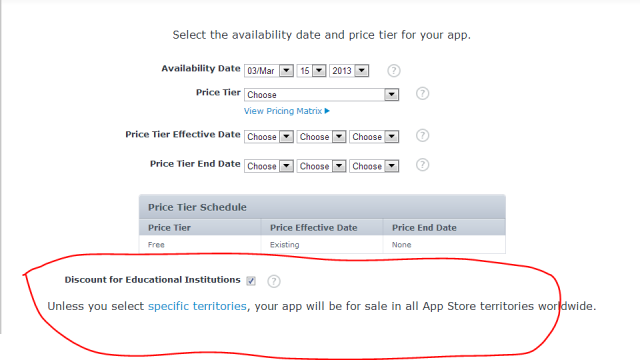 But then, why would an app rank well, and sometimes even very highly, in a country where the company doesn’t operate? The CB Insights blog post proposed this could be a bug, some sort of evidence for underlying demand in specific markets, or an attempt at App Store optimization (ASO). One theory floated my way, and also touched on by a user on Hacker News, is that affluent iOS users in these smaller, developing countries could help push apps up the charts quickly in these regions, where competition is not as fierce.

As Naoki Shibata, a co-founder at ASO service SearchMan.com explains, it’s hard for Uber to climb up the charts in a bigger market like Japan, but relatively easy to be ranked in a higher position in countries where there are not many iPhone users. So, for instance, if a user had an iTunes account in the Nigerian App Store, and was planning to travel to a city where Uber did work, they might download the app from their store in advance. That would count the download for their local App Store. And lacking much competition, Uber could soon rank well in the App Store charts.

This could explain some of the rankings, of course, but when there are huge spikes placing apps in these stores’ Top Charts, there may be another reason involved.

George Lawrence, founder of Straply.com, another firm focused on ASO, discounts a number of possibilities for these spikes, like tourism, black hat ASO trickery, or changes to Apple’s ranking algorithm. The real reason, he says? Paid installs.

“Facebook and others have been flaunting the ultimate crack cocaine temptation in front of mobile marketers,” Lawrence colorfully explains, referring to the popular — and successful — mobile app install ads. These ads let app marketers target a specific country’s users, driving them to install their apps. “Given enough money to burn — and Uber’s recent $258M raise would qualify — then I can keep paying for app installs anywhere in the world I want to,” he says. “And by so doing, climb the charts in that country’s store.”

The question then becomes, why bother? While no one knows the specifics of the App Store algorithms, it’s generally understood that things like review volume, average ratings, and download volume all play a role in getting an app ranked, Appnique CEO Jai Jaisimha explains.

That means, assuming Apple takes into account all worldwide (total) download velocity as part of its ranking metric, getting downloads in other countries – including those outside of where the service, like Uber or Lyft for instance, actually works – could increase an app’s rank in the countries they do care about. But this appears to be just a theory. Some say that’s the case, while others say it’s not.

Ian Sefferman, CEO at MobileDevHQ, did some research, though, and claims that it’s “almost certainly the case that Apple takes into account global downloads and download velocity as part of its local rankings across regions.” However, in the case of Uber, he doesn’t think this is really a growth hack, it’s more just happenstance.

In other words, there’s no good reason to exclude an app from other App Stores, and, if there’s money to spend on improving App Store rankings, allocating some small portion of that on app installs ads that target users worldwide couldn’t hurt, either.