While many in the tech world would agree that wearable devices are the natural next stage of computing, no one has really cracked the code. As much as we geeks love to chat about Google Glass and Pebble watches, no wearable has breached the mainstream and achieved any degree of ubiquity just yet.

RHL Vision, a competitor in the TechCrunch CES Hardware Battlefield today, thinks they have the answer: Bluetooth rings that turn your fingers into buttons.


Here’s how it works: by tucking an optical sensor into a small ring placed around your thumb, the Fin is able to detect swipes and taps across your hand. When it detects a gesture, it sends that command off to your connected device — be it a smartphone, TV, or another wearable device.

Swiping your thumb down your index finger, for example, could turn your phone’s volume down. Want to turn it back up? Just swipe back up across the same finger. Want to skip the current track? Swipe your thumb across the palm of the opposite hand.

In future iterations, they hope to use biometrics to distinguish each segment of each finger. This would allow them to assign each segment a different behavior, essentially turning each section of your hand into a different button.

While the team has renders (shown below) showing the ring as they hope it will look once they reach the early stages of actual production, the current prototype shown on stage (and pictured above) is a bit more… extensive. Whereas they plan to use flexible circuitry (think Jawbone Up) to shrink the design and allow it to wrap around your thumb, the current prototype relies on more traditional PCBs and off-the-shelf sensors to get the job done. It’s not as small and not as pretty, but it does do a good job of proving the concept.

The team plans to launch an indiegogo campaign later this evening. 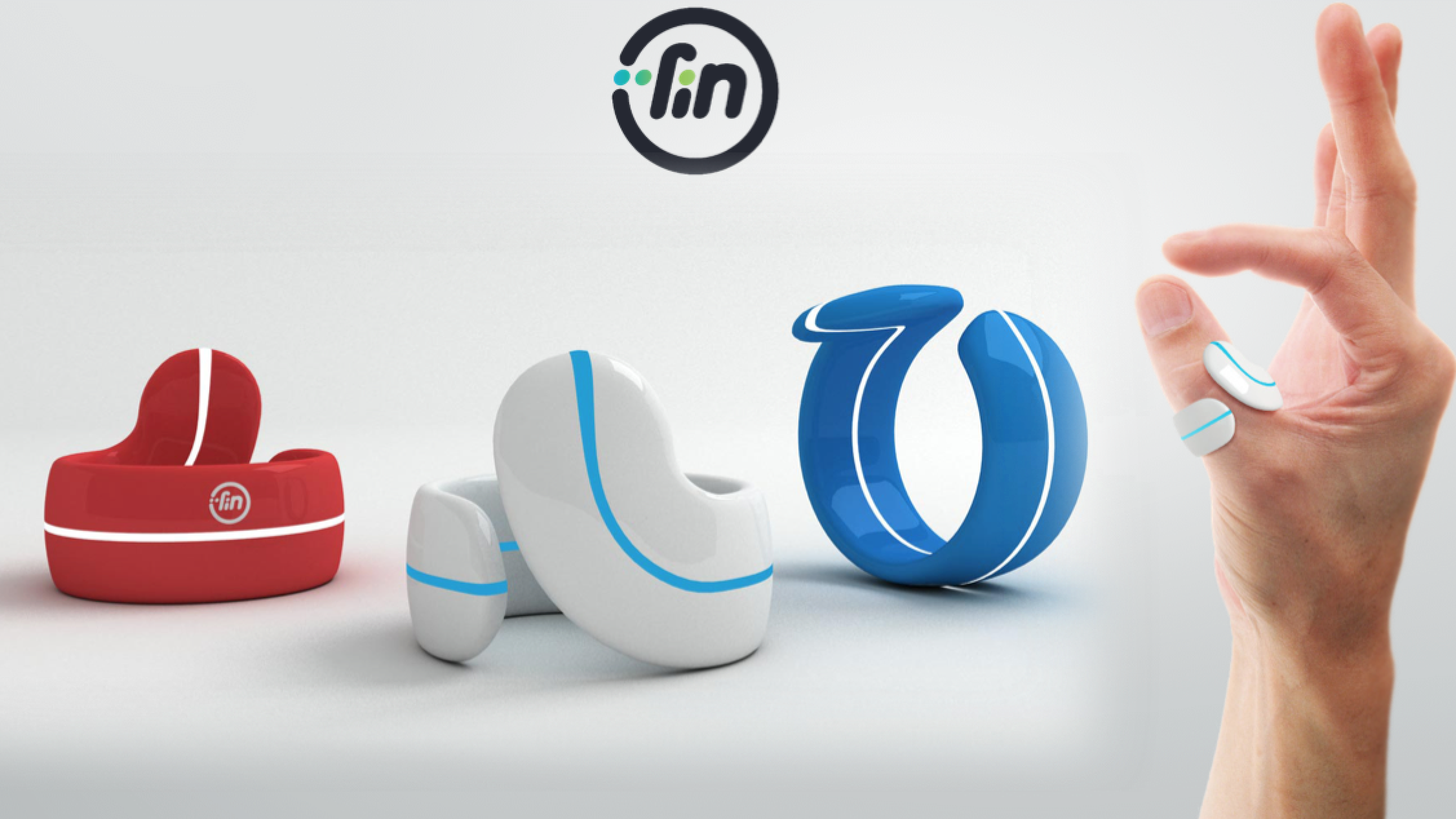