Revolv, the device that connects all your smart devices, will begin sales in selected Home Depot stores across the U.S. and on Home Depot’s website.

As a reminder, Revolv could become an important piece of the so-called Internet of Things. It’s a simple $299 box that you plug in your house, and after that you can control all your smart devices from your phone and get smarter triggers.

For example, TechCrunch’s Matt Burns tested the Revolv with a Nest thermostat, WeMo outlets and a Kwikset deadbolt. These devices couldn’t talk together and didn’t know that they existed in the same house. Now, instead of having to open three separate apps, everything happens in the Revolv app.

And thanks to location sensing, when someone is close to his or her home, Revolv can turn on the heating (Nest), switch on the light (WeMo), unlock the door (Kwikset), etc. It’s as simple as that.

Software could still be improved as the geofenced area only works with one smartphone. It could be an issue if you leave your house but someone is still there.

Other integrations include Sonos, Philip Hue lights, Insteon and GE smart systems. As some of these devices are already available in-store at Home Depot, adding Revolv to the lineup will put the device in front of interested eyeballs. 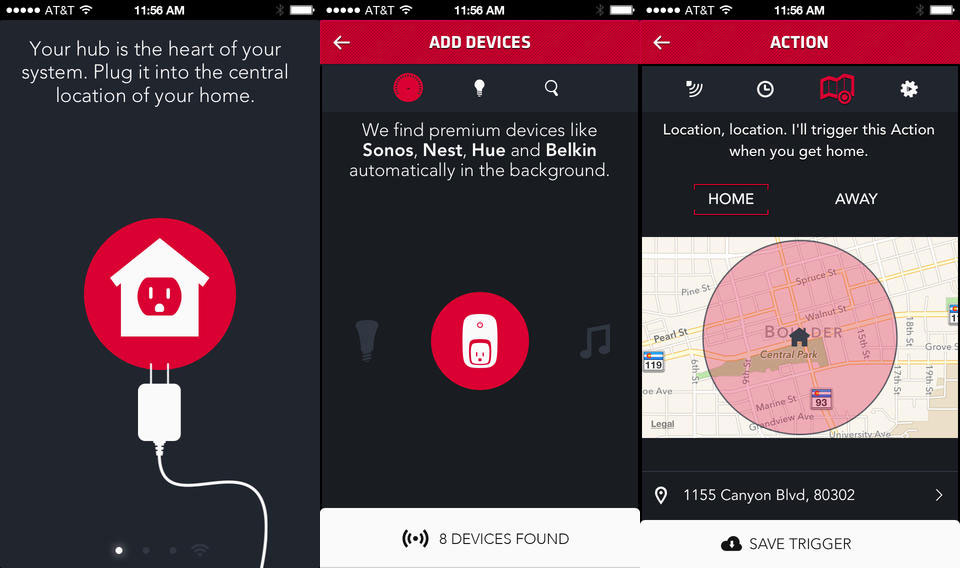