Sometimes when life seems too pre-ordained, you drop everything and flee in the opposite direction.

That’s what designer Elle Luna did when her picture perfect career at Ideo stopped resonating in the way it once had. Then that’s what she did again shortly after her former startup Mailbox was acquired by Dropbox.

She disappeared out of tech and dived into art. Luna, who has a Master of Fine Arts from Chicago’s Institute of Art, started painting ad nauseum. Canvas after canvas became a solo show. Instagram shots of her work fueled sales. But it wasn’t clear where her former and present life would meet.

In a confessional interview a few months ago, she said:

“Right now I’m making a giant mess. I’m in that liminal place between where I’ve been and where I’m going, and it’s a little uncomfortable and a little scary, but I’m sticking there until I know exactly which direction I’m headed next.”

Today, she’s releasing the first of several projects that intersect art with technology. The Bulan Project is an e-commerce platform for textiles.

“The phrase I keep coming back to is livable art,” she said. “These are paintings you can also throw in the washing machine.”

She’s initially selling a hand-painted cloth that’s a little over 6 feet-by-3 feet with all of the year’s moon phases illustrated on it. For every day of the year, there is a representation of what the moon will look like on that date. 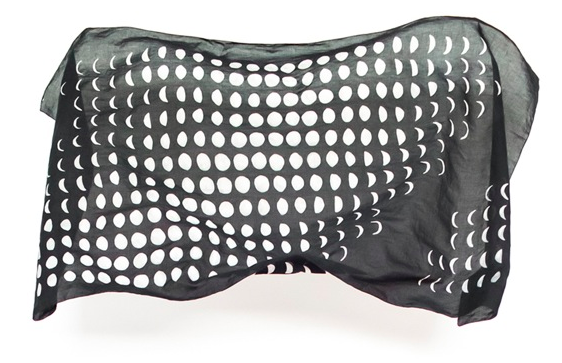 “The moon’s phases illustrate the life-death-life cycle,” she said. “There are the beginnings of things as the moon grows, expands and swells. Then then reach their full potential, like having a full belly or idea realized. Then as the moon begins to recede and wane, you see it getting smaller. It’s maturing almost like the end of life. There’s something also really beautiful about a waning life. It’s almost distilling itself. It’s becoming more seasoned, more rich and more potent. That makes me think about the beautiful melancholy in the ends of things, when they reach their natural terminus.”

She went on, “The moon is both constant and ever-changing. It’s both steadfast and ephemeral. It’s mysterious, yet erratic.”

Luna put together the textile with help from artisans in Bali, who helped perfect a waxing and dyeing process that was chemical free. 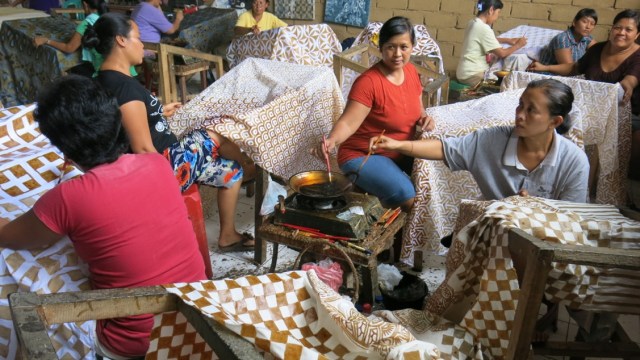 The idea is to offer a single cloth for every ‘edition’ of the Bulan Project. Luna was inspired by a New York-based store that changes its entire retail front every six weeks with different work that’s curated around a particular theme.

She also took some inspiration from other art-meets-tech projects like Jen Bekman’s 20×200, which makes limited edition art prints that are affordable. The first Bulan cloth retails for $185.

She brought in other artists from the tech community to collaborate. Michael O’Neal, the photographer who worked in Apple’s in-house graphic design group and helped launch a number of its iconic products, did the initial shoot for Luna. Designer Lake Buckley and buyer Jenni Witt went to Bali to put together Bulan’s production system, while Jared Erondu, who heads design for Lift, and Disqus designer Joshua Sortino put together Bulan’s online store.

Then she’s marketing the textiles through artist and photographer friends on Instagram. One friend, Laura E. Pritchett, left this up this morning.

“I’m really curious what happens when we get a different mix of makers, designers and artists in to realize each one of these ideas,” she said. “We’re throwing all this tech firepower at this art project. This project is mysterious to me and I’m not sure how it’s going to unfold. But I know I want it to come from a place of play and experimentation.”