Belkin’s connected home efforts are moving forward at a rapid clip, and its WeMo line has a number of new products on display at CES 2014 this year. There’s a connected lightbulb set similar to Philips Hue, a connected slow cooker for lazy cuisine, and the WeMo Maker, which allows enterprising users to make any existing DC appliance into a smart device. 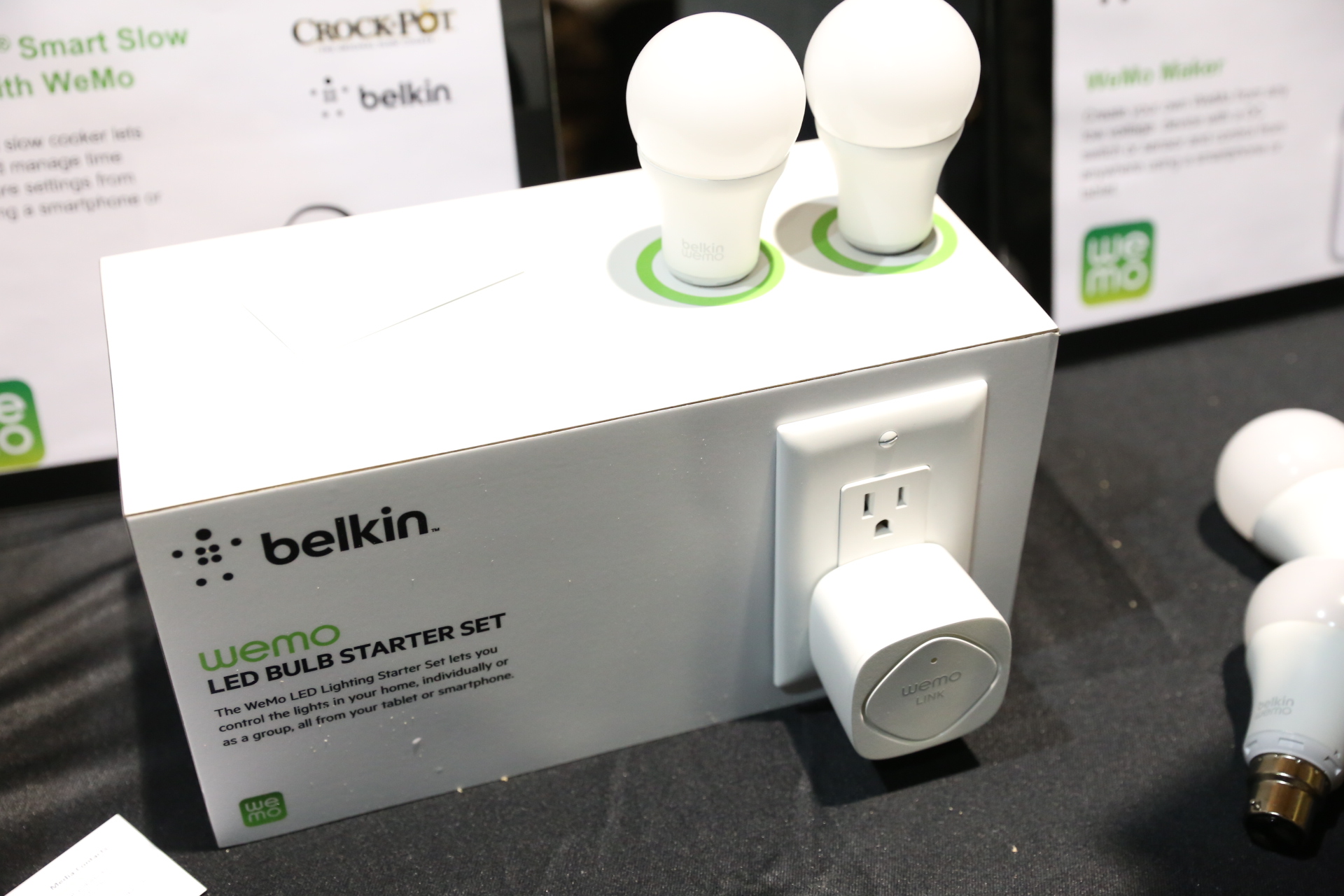 The LED-based WeMo connected bulbs come in either a starter set with three for $129, or individually in single bulb packs for $39.99. They have 800 lumens, and are 60 watt equivalent with a warm white tone. They can be controlled each on their own, or in pre-assigned groups, and they are connected to a WeMo link, which is included in the starter pack and can manage up to 50 bulbs. You can turn them on and off over the web, run vacation programs, dim them and control from both iOS and Android via the WeMo app.

Unlike the Philips Hue, they don’t offer changeable colors, but they are cheaper per unit once you get set up with a starter kit, and they work with Belkin’s existing WeMo setup, which is a big seller for those already invested in the ecosystem. 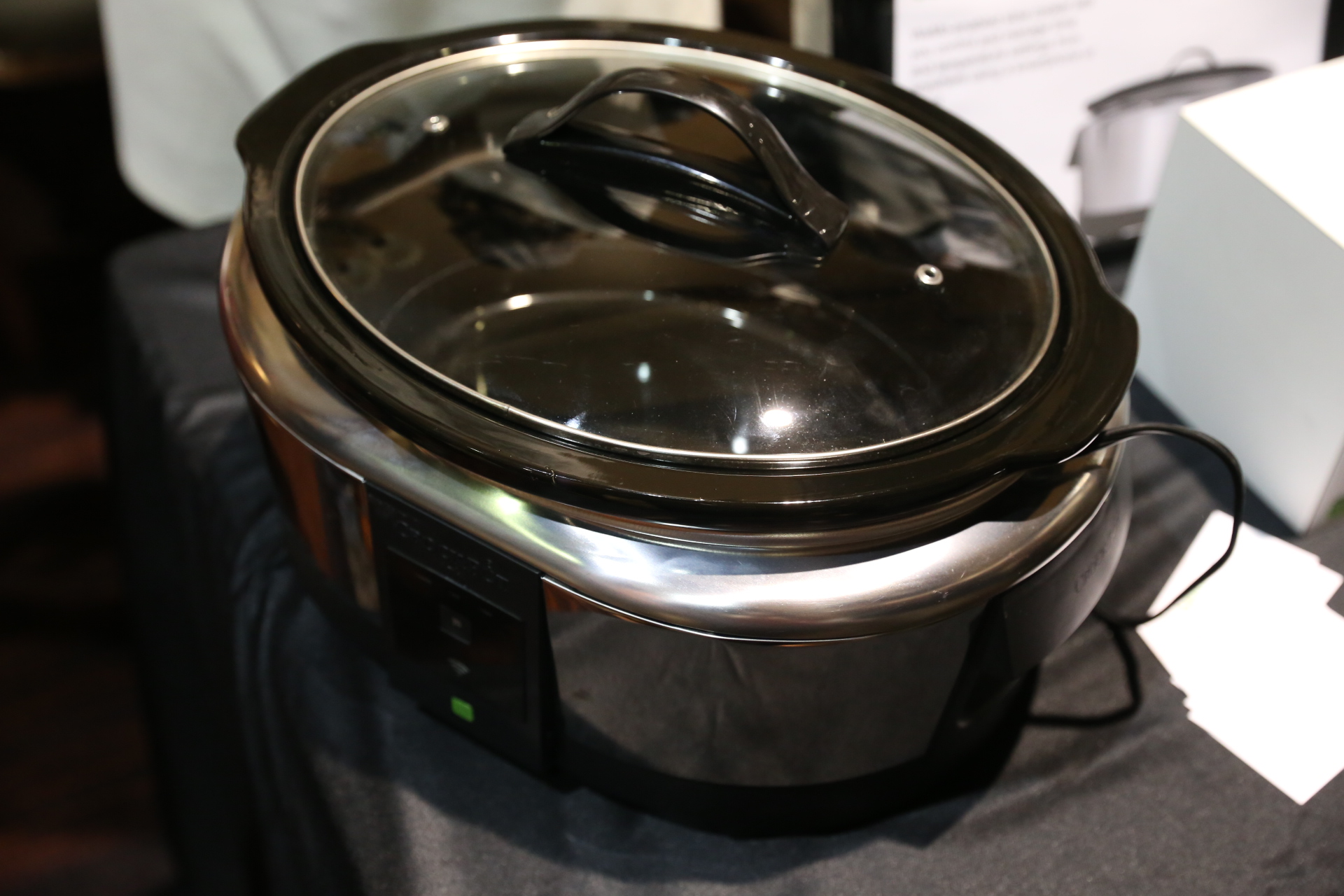 The new WeMo crock-pot lets you turn the slow cooker on or off from anywhere, get reminders about the state of your meal, change the temperature remotely and either control things manually or use built-in calculators for time and temp. It retails for $99.99, which actually isn’t that far off from some nicer slow cookers on the market, and can be controlled from the WeMo app for iOS or Android too. 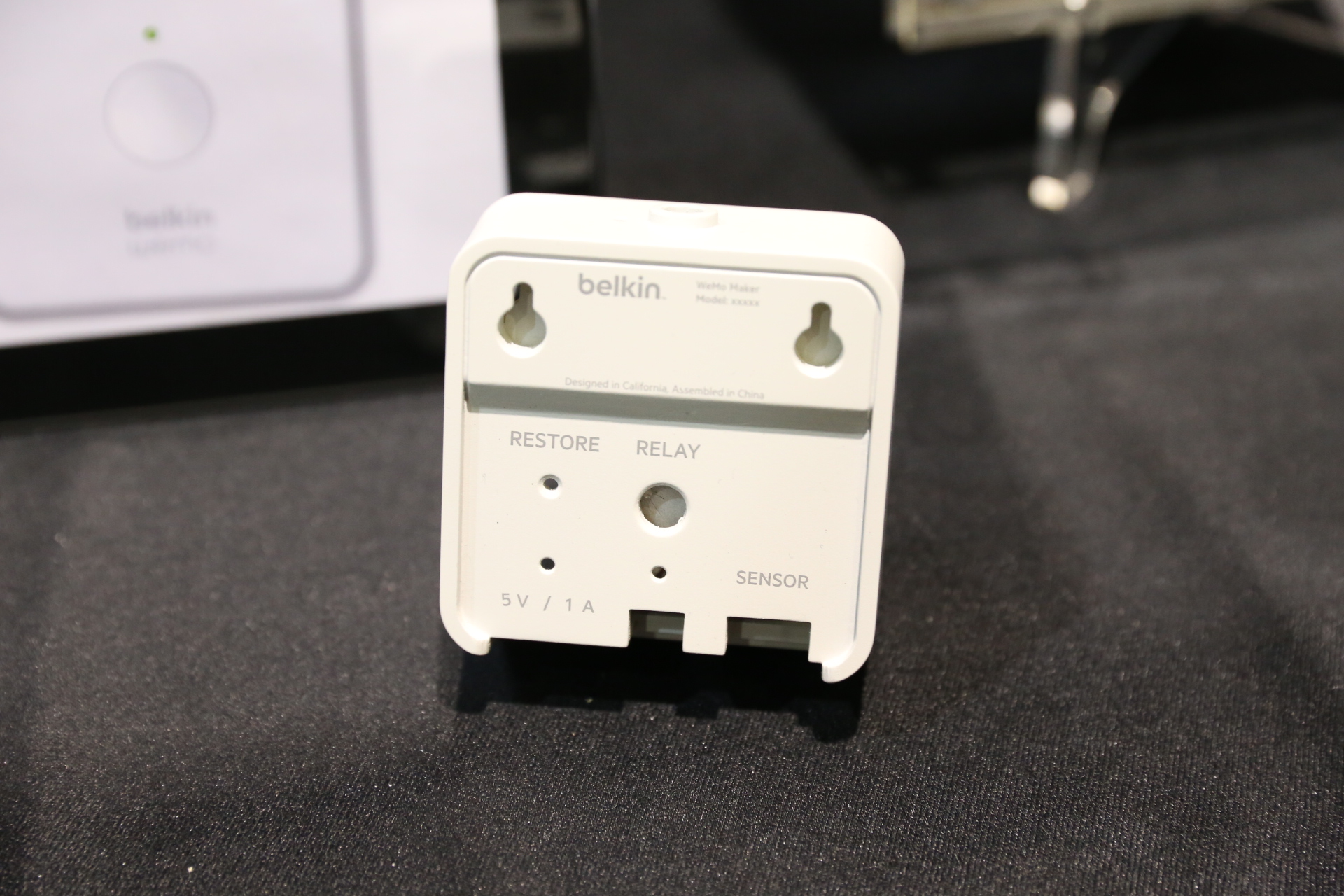 Finally, and most interesting of all, Belkin is making it possible to take legacy hardware and then turn that into a WeMo-enabled accessory. You can add Internet control to anything with a DC switch, the company says, and allows you to schedule those device or turn them on or off manually from anywhere you have a connection. It’s like a more sophisticated and integrated version of their smart outlet WeMo products, with additional features that let you watch and control a huge range of 5V DC-powered sensors. So if a moisture sensor connected to the maker notices that it’s rained, it’ll prevent your connected sprinkler system from going on as previously scheduled. The Maker can also be combined with IFTTT recipes for advanced intelligent programming.

All these new WeMo gadgets are expected to ship this upcoming spring, and new features will be added to the WeMo control app on iOS and Android starting in February via software updates.

Belkin clearly wants to own the fast-growing connected home space, and this new range of gadgets indicates it’s tackling the problem from a number of different angles at once.