The size and scope of the Consumer Electronics Show is unfathomable for the uninitiated. CES has been called a cesspool. It’s been called a shitshow. And those descriptions are accurate. It’s a clusterfuck of consumer electronics companies, big and small, vying for attention. That’s why TechCrunch attends.

For the 2014 show, which is just two short weeks away, TechCrunch is, for the first time, breaking out its Startup Battlefield event from Disrupt. Called Hardware Battlefield, this startup competition has been tweaked and reworked to focus on, and celebrate, the brightest and most promising unlaunched hardware startups. And what better place to host it than CES?

CES is the largest startup show in the world, and to say that it takes over Las Vegas is not hyperbolic. The city is consumed by CES: Nearly every hotel room is booked; almost every conference room is used. For every Samsung and Microsoft, there are at least 100 smaller companies — the best and brightest of which often do not have an official spot on the CES show floor.

For years, CES has been held at the Las Vegas Convention Center. This massive facility has four exhibition halls nearly large enough to hold air shows within. But in recent years, with the LVCC bursting at its seams, the show expanded next door to the Hilton, The Venetian and Palazzo. If that’s not enough, companies and startups often save a bunch of cash, forgoing the traditional CES experience and rent suites in other casinos. Then there are hackathons, press events, and more lame parties than one can possibly attend.

CES is not for us, the press or the average consumer. It’s a show for buyers and exhibitors. It’s a show for innovators and salespeople. It’s a show for the consumer electronics industry. Yet, year after year, the tech press shows up with trailers and broadcast booths, attempting to boil down this overly complex show to a consumable morsel.

TechCrunch attends CES not to reblog press releases and help Samsung announce its latest tablet. We attend the show to find the next big thing. For 2014’s show, we’re sending more writers, editors and video personnel than ever before. Our broadcast booth is bigger than last year’s. And I’ve created more CES planning spreadsheets than I would like to admit.

We’re even holding a startup competition this year.

Just like its Startup Battlefield counterpart, our Hardware Battlefield will pit startups against each other for a chance at a $50,000 cash prize. We have amazing judges and 16 companies from around the world. This happens twice a day at our broadcast booth. Show up to watch it in person (here’s our booth) or follow along live thanks to Ustream.

I predicted 2013’s show to be the year of the gadget startup. And I was dead-on. It was the first CES of the modern era without Microsoft. Nokia, Dell and HP were skipping the show. The year before that was the noisiest CES in recent memory. CES was headed into a wall. But startups saved the show.

Over the last few years gadget startups have risen in prominence. Once hampered by long development cycles and poor designs, thanks to crowdfunding and understanding venture capitalists, hardware startups can now operate nearly as lean as web-based companies.

Best yet, countless startups have risen out of the ashes of the consumer electronic wasteland to help consumers turn ideas into companies. As John explained, 2014’s CES will be the year of the maker. 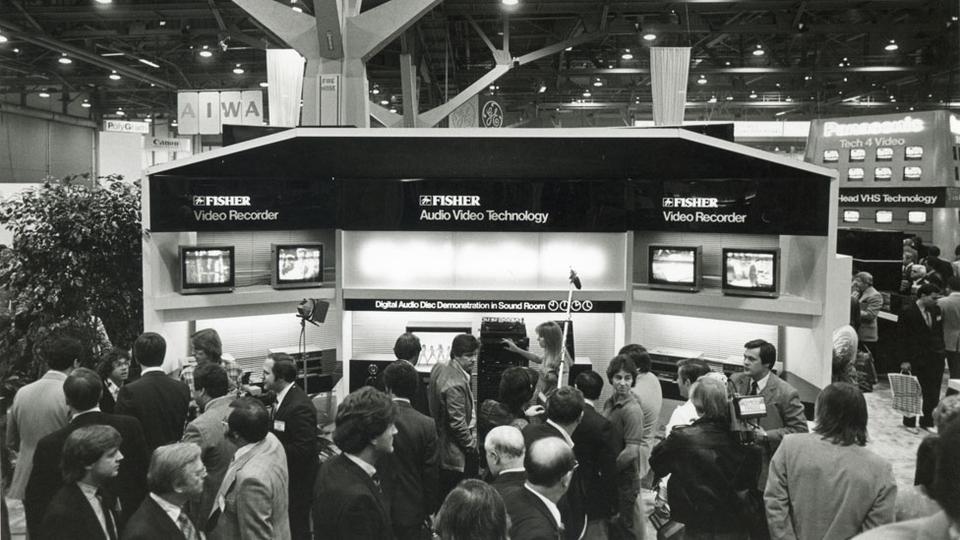 Planning this year’s CES was a daunting task. There are just so many companies within TechCrunch’s scope of coverage attending the show. Best of all was scanning the map of the show floor and spotting companies like GoPro and Parrot, once tiny companies, doing the show big with sizable booths in prominent locations.

If you or your company are headed to CES, we would love to talk. Stop by our booth in the LVCC Central Plaza to watch the live interviews, shows and competitions. We’re the booth circled in red here.

The folks behind CES, the CEA, fully understand that the show is on the cusp of turning into something different. They have made moves to make the show more accessible to smaller companies, creating special venues to better suit the needs of the startup. Of course adding more exhibit space does not address the bloated feeling of CES. As before, it will seem overwhelming and excessive but still exciting and magical in its own special way — especially to the startup attending CES for the first time.