Foursquare just raised a bunch of money, again. This time it’s a Series D round of $35M, back in April of this year it was $41M in debt financing. The company seems to keep being able to convince people there’s something of value in its global location service.

Over the past couple of years Foursquare CEO Dennis Crowley has been stumping for the company’s shift in focus from a check-in service to recommendation service. On a visit to Harvard last year, he noted the following:

“We have three billion check-ins and an army of people crawling the real world like a web crawler would crawl the internet,” Crowley said. “We have ‘Big Data’ about where people go, where they go after they go there, where they went before, where they don’t go anymore—there is tremendous value in all that check-in data. It is our job to harvest that.”

But once it’s mastered harvesting it — and Foursquare has become one of the best at this, collecting 40M tips at 70M venues so far— what does it do with it?

TechCrunch spoke with Crowley about the funding round and some plans that it has for the future.

“What we’re most passionate about building is software that understands your relationship with the world,” Crowley tells us. By that, he means software that recognizes the patterns in the locations that you visit and the things that you do there — the places that you love to eat or those events you attend that end up being fantastic. A guiding question, he says, is “how can we make more of that stuff happen to you?”

I’ve been thinking about this stuff for a while and it seems that Foursquare is part of an over-arching trend towards ‘proactive personal computing’. Specifically, the recent addition of push recommendations that tell you places you might want to be when you arrive in an area taps into this.

The smartphone is heading towards being the center of all of our computing. It seems likely that components like the connected home, wearables and even our desktops will someday simply be thin clients for our ‘most personal’ computer. If that comes to pass, a layer of push-centric data will have to act as the connective tissue between the hub in our pockets and those outlying components.

That push data, of course, will depend incredibly heavily on context like location. And the locations can’t simply be physical spots, they have to be fleshed out with their own descriptive details — who else has been here, when, why and how often. Context.

Part of this shift will be a move to ‘proactive’ information delivered to users without the cognitive load that it takes remember to open an app, figure out what to ask it and sift through the answers it gives back.

Foursquare, says Crowley, has a team of great data scientists and ‘mountains of data’ that it’s using to work on these problems. He notes that Google has thousands more employees to Foursquare’s roughly 100 and yet, he says, “we’re doing it better than them.”

The latest releases of Foursquare now understand where a phone and its user are, but also collect and parse signals like how long it’s been in that location down to the specific room if that info is available. It also includes signals like weather and regular habits to determine what kind of notifications to send out. Initially, Foursquare’s new push recommendations center on ‘arriving’ at a location, but it’s not too hard to pull the thread to figure out that it could eventually offer much, much more prescience.

Using pattern recognition and contextual relevance, the service could easily figure out that you’re ’60% likely to get coffee on weekday mornings’ and note the best places nearby. Or use the overall temperature to note places that people like to go when it’s under 10 degrees or rainy, vs 82 and blue. 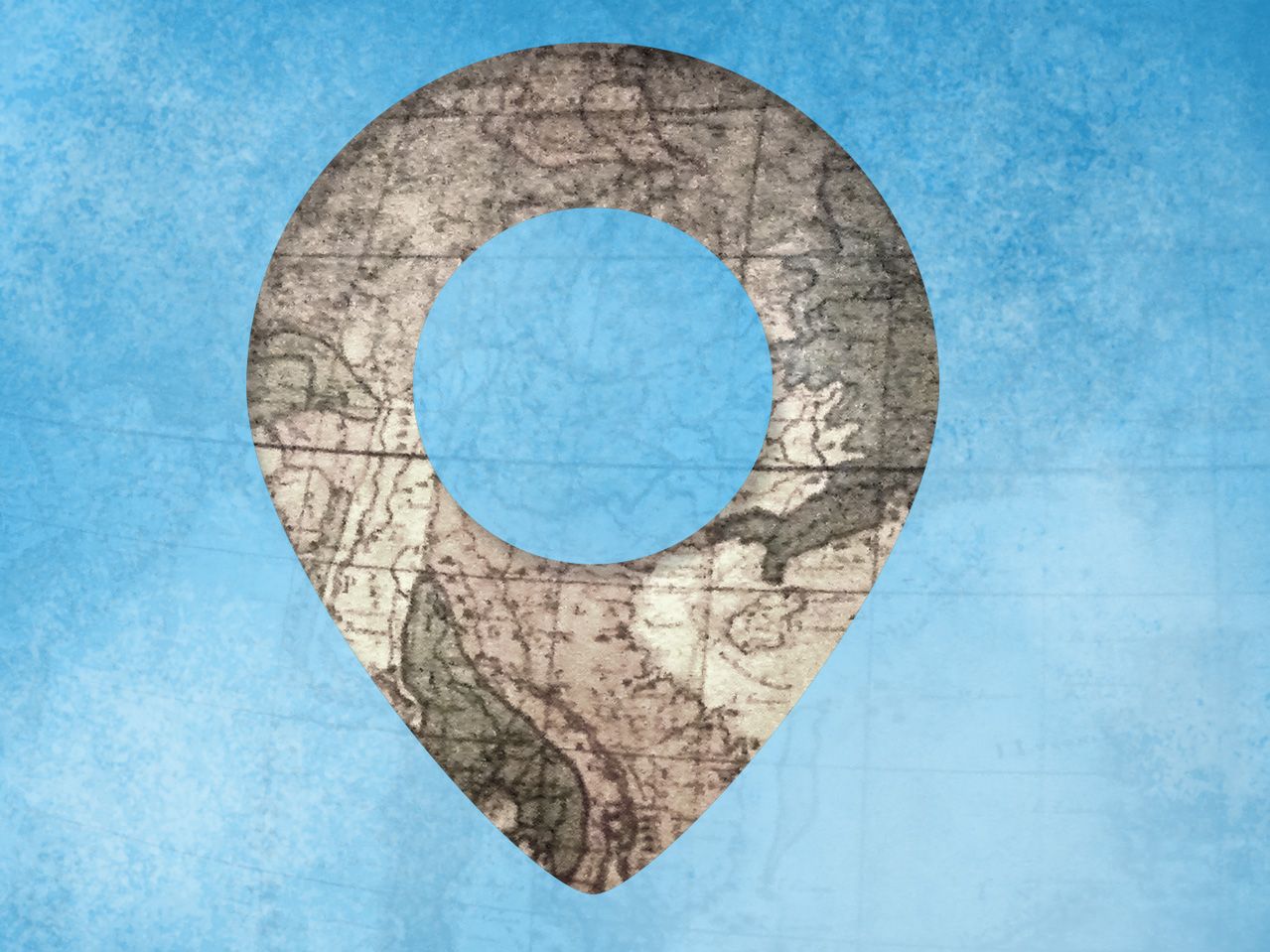 There are a couple of ways that this could go for Foursquare.

It could exist as a standalone entity that can act as a neutral internet pillar (the location layer to Google’s search and Twitter’s real-time stream) with the app as a front-end and the data being licensed out to partners. Or it becomes a service layer that supports this kind of computing across other apps and devices.

The way that Crowley sees it, it should end up being both.

“The misunderstanding [in days past] was that Foursquare was about “who’s really going to check into a bar”,” Crowley says. Now, with the passive notifications and the increasing complexity of the signals that Foursquare is able to sift through to provide them, people are beginning to turn the corner on how they perceive it.

He points out that one of the big issues with Foursquare’s usability is that people don’t know that you can ask it complex, natural language queries — which the company continues to roll out. Things like ‘suggestions for a bar with outdoor seating near New York or ‘cheap Mexican food near San Francisco’.

The stuff that Foursquare is working on right now is about making it easier to ask those questions.

And, stepping beyond that, it’s working on getting its apps to process those complex queries in the background, without having to be asked anything at all. To do that, it uses information gathered from a user’s habits — but also from passive signals gathered by your phone’s sensors.

“Knowing what places you’ve been inside of no longer requires you to actually check into places in the app,” says Crowley. “Do we have something interesting to say to a user to say here, at this location, at this time?”

When you have a system that can do those sorts of things, and you have an enormous database of information — along with the data scientists to parse it — the question becomes ‘why stop at just making Foursquare better?’

Crowley says that as it nails down this background recommendation system, the question becomes “what we can do with the platform when it’s put into other apps?”

Is there, for instance, a benefit for Instagram to know that you’re taking pictures at a specific restaurant or at Disneyland? Maybe. Could OpenTable’s utility be increased if it had access to a background parsing system like Foursquare’s? Almost definitely.

Foursquare’s current point-of-interest database is good. I speak with a lot of developers and it’s consistently mentioned as the go-to source of location data for apps that need it. Better than Google and certainly better than Apple — which actually uses Foursquare’s database to flesh out some of its place info. But what Crowley is talking about is far more than just a solid API and a big list of locations.

It’s a system that uses a verified network of places with signals coming back from users to continuously refresh and improve a background recommendation system. A system that doesn’t need you to ask it anything before it gives you what you need.

“We have been carefully tracking the progress of smart geo-targeting in mobile because we believe it is the perfect value proposition for both user and advertiser,” DFJ Growth Managing Director Barry Schuler, who joins Foursquare’s board with this investment, told TechCrunch in a statement. “Foursquare has pioneered the category and has made stellar progress this year. They are at the proverbial inflection point we love to invest in.”

That’s very buzzwordy and fun to read, but does it mean that Schuler buys into the advertising monetization possibilities of Foursquare? Or is he looking at its future as the location tendons to the data-based skeleton of tomorrow’s computing?

In other words, are people giving Foursquare money to build an ad business, or be the defining location service of the next computing era?

In a recent article in Inc., Schuler talked a bit more about what he saw as the ’10-year’ future of technology.

“There probably isn’t a single thing in your life that won’t ultimately be connected and smart,” Schuler wrote. “Yes, even your pillow will be able to get data generated by your fitness monitor to adjust its shape to keep your head and neck well-supported and at the perfect temperature to maximize REM sleep. Got an early morning appointment? Your calendar will let your coffee maker know. Prefer Starbucks? They’ll know when you’re 10 minutes away and your favorite concoction, prepaid, will be waiting for you.”

That future is going to need signals based on our location, and it’s going to need a service that can parse those signals and offer them in the proper context to devices on our wrist and kitchen counter and light socket.

The DFJ post on their investment in Foursquare notes that the latest releases of the app ‘deliver passive geo information’ as a part of the new recommendations services. This means that you no longer need to check in to add value to Foursquare, you just have to have the app installed and logged in.

That’s something Crowley echoed when we spoke to him about the changing nature of the service. Up until now, much of the experience around Foursquare has been centered on actually running the app. That’s how you get value from it, you open it up, follow people, create lists etc. That’s unlikely to go away any time soon, but Crowley says that the next stage for Foursquare is definitely in finding ways to allow people to get value from just having it installed.

Crowley acknowledges that Foursquare has been getting the stuffing beat out of it in the press over the past year or so — especially when it comes to funding. He says that the passive pings that it debuted recently have definitely changed the public narrative, as people begin to see the possibilities spool out.

“Everyone buys into this story — that someone’s going to get it done,” Crowley says, in reference to making passive notifications based on location signals a part of the expected behavior. But he says that the funding isn’t just based on its 5 billion check-in database and the potential to cash in on it down the road. It’s also about Foursquare’s recent expansion from 2 ad products to a total of 6, and the perceived ability to scale them out and monetize that.

In the end, Schuler and the company’s other investors must see some sort of viable business in Foursquare to keep giving it money. In the near term, that means that they likely see that Foursquare’s ad products are performing well enough and have potential to justify its just over $600M valuation.

Whether Foursquare becomes more than a nice recommendation service depends on its ability to capitalize on the trend towards services that know what we want before we do. And now it has the capital to do so.