I like to write. A lot. I write a lot for TC, and then when I’m done here, I like to write non-fiction, and most recently, fiction. I just finished a novel – and “finished” is a very loaded term when it comes to writing, but let’s say I’ve completed the story – and now I’m crowdfunding it. I’m going to write about my experience here on TC because I’ve been an avid supporter of both crowdfunding and new publishing paradigms for years but I’ve never put my money where my mouth is.

I just launched my Indiegogo campaign, and with the help of a few friends it got off to a good start. I’ve hit $1,600, mostly in paperback sales, but I got one whale who paid $500 to appear in the next book in the trilogy. I almost worried that I priced the campaign too high. I’m looking for $8,000 to publish the book mostly because I’d like to get some economies of scale if I’m able to sell a few hundred print copies (and maybe a few more electronic copies.) In retrospect I should have shot for lower, but I’ve seen that $8,000 is about the advance you get for a first-time fiction book these days and I wanted to see if a relatively lucky dude could make that on his own. In order to recreate the full publishing experience, I wanted to aim for something close to that to see if I could actually “earn out,” as they say in the business. It’s a bold experiment that could backfire.

I’ve also discovered that social media is awful for sales conversions. My posts have been retweeted and tweeted to millions of people (I got a shout out from Jim Gaffigan, which was amazing) but I don’t think I’ve gotten a single bite from someone I don’t know personally. Like the grumpy dad who funds his daughter’s crowd funding project on Portlandia, this is mostly a friends and family round.

I’ve also chosen to price my ebooks at or around Amazon prices simply because selling them for $4 or even 99 cents doesn’t seem like a solid decision, especially this early in crowdfunding. The paperback book price should allow me to break even on the printing but I am afraid of the hardback version pricing, although everyone has assured me that printing is not as drastic an expense as I thought. What I’m really excited about, oddly enough, is producing a special edition of the book for backers that will be more a work of art than a hardback. Although I don’t believe in the future of print, it sure is fun to hold a nicely done book, and I hope to offer that to my backers. 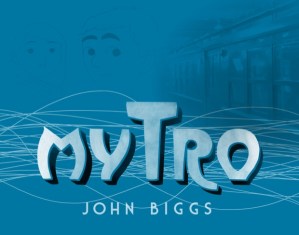 I did a very straightforward video with a DSLR and a nicely lit room. I also had our own Bryce Durbin help with a few illustrations for the book, which has really added a great deal in terms of personalizing the product. The kind folks at Indiegogo gave me a few pointers, including the suggestion that readers want to know, personally, who they’re pledging to. To that end I added a bit about my inspiration and some personal history.

This is actually quite frightening. Throughout my tenure at TC I’ve become increasingly supportive of the little guy. I don’t like the Sonys and Random Houses of the world, I like the mad tinkerers who create smartwatches, cameras, and guitars out of whole cloth without huge budgets or even much experience. This is the era of the informed amateur making it big, at least in hardware, software, and media. Instead of waiting to turn pro in some cubicle farm somewhere or slaving away namelessly on a trunk novel, amazing people are doing amazing things in their basements and garages.

I’m realistic about this. It’s a novel aimed at young adults but I hope it will appeal to older folks as well. I’ve seen only a few sales in the few days the campaign has been live and I honestly have no idea how this will end. I know I’m very lucky. I get to talk about my project to a huge audience and I’ve also been lucky to have a fairly large social presence online. But I know this will be hard. I’ll be posting intermittent updates over the next forty-five days and then, if I’m funded, post what I learned while getting a book published from the comfort of my keyboard. If you have any specific questions drop me a line at john@beta.techcrunch.com or tweet me. Until then, here’s hoping the world doesn’t hate what I made.

You can read more about my project, as I post updates, here.