The social drink finding and collection app Elixr gets a fresh redesign for iOS 7 today, launches and Android version and adds a bunch of features to an already very fun app. The app and service also score an investment from Tumblr founder David Karp.

I’ve been an Elixr user for some time and find it enjoyable and engaging. It’s essentially a mashup of Foursquare and Instagram, with a focus on detailed images and impressions of alcoholic drinks and beers at a given location. You’re encouraged to snap a photo and then rate your drink and give some details about the establishment. When I originally spoke to Jeff Rock and Marc LaFountain of Mobelux about the app earlier this year, they said that the guiding question behind the app’s creation was ‘why can’t I just open an app that tells me where to get a good drink?’

Today’s release marks the first major redesign of the app, with a full on iOS 7 look, and a bunch of new features. The new design is fresh and crisp, with a very nice little image editor blended into the capture process, along with the standard filter set. 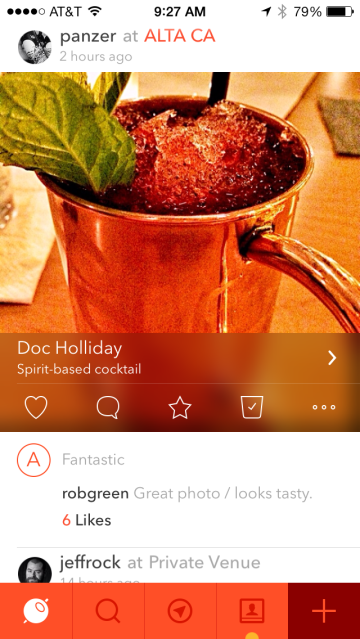 The overall interface of the app has now been massaged to make Elixr a much more social affair, with interlinking sections like a list of drink ‘to-do’s’ that you can add by simply tapping a button as you scroll through your timeline.  You’ve also now got a section to enter the bartender that made your drink, as well as rating the quality and enjoyment of the drink. Elixr now pairs the fun of sharing an image of a drink — and getting the associated ‘likes’ and comments — with a truly useful network for those that like to enjoy a good tipple. 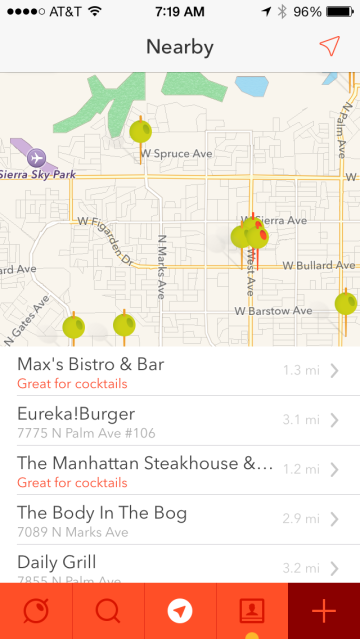 Even if you don’t follow anyone, the search feature of the app will now pinpoint great drinks and venues for you based on the checkins of others. This is what I found so interesting about Foursquare’s ‘pivot’ of sorts earlier this year when it refocused on becoming a discovery network instead of a check-in game. With this update, Elixr becomes a good resource for drink fans, not just a place to tip others off to what you’re enjoying.

Other new features include private check-ins — something Foursquare itself is pulling back from, but still allows via its API — member notifications and a better nearby view that will show you watering holes where you are. 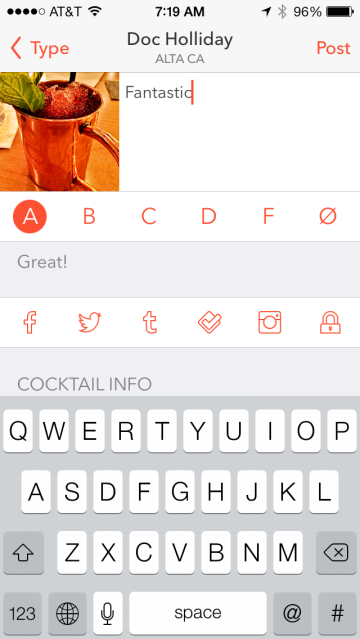 Jeff Rock of Mobelux says that focusing on discovery, search and utility in this release was part of their primary goal of helping people find stuff at local venues.

“It’s much easier to find the best venues nearby fast, including what they’re good at. We analyze the drink menus of those bars and restaurants that were created by user check-ins and give them a rating of ‘good’ or great’,” Rock told us. “That way if you love beer and your friend likes wine you could find a place that’s “good for wine, great for beer” in the Nearby tab. There was also a lot of work in making Elixr all-around more useful with a built-in to-do list, better chronological check-in history and an easier to use interface.” 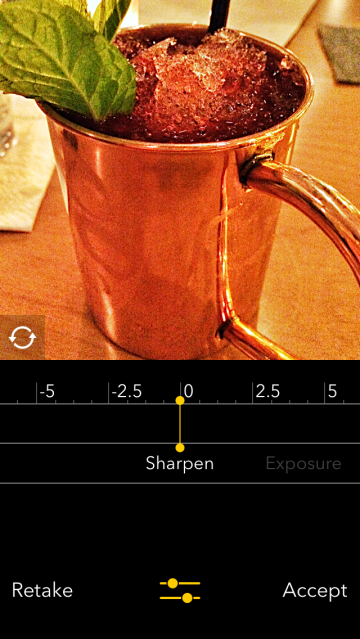 The app also launches on Android today, as well as the refreshed iOS 7 update, so you can get your cross-platform sip on. As a part of this launch, Elixr is also firing up the Discovery Series, which talks to drink makers in various towns about their menus and techniques. One more way to build out the sense of community in the app.

I spoke to LaFountain, who was previously VP of support at Tumblr, about how the Karp investment came about and he gave us the backstory.

“It was my first visit with the Tumblr crew since I left Tumblr in October of 2012. It was great to see everyone. The first night of my visit, I met David and his girlfriend Rachel for dinner at a restaurant near their home.”

The restaurant was Auroroa, which LaFountain recommends. This was just as Karp was coming out of the Yahoo acquisition of Tumblr news cycle, but he still showed interest in what the pair’s plans were for Elixr. He quizzed LaFountain about the app and offered some insights, and then volunteered an offer to invest.

“David explained that he wanted to use his good fortune with Tumblr to help some of the people that he knows achieve their dreams,” LaFountain says. “That’s so David! A group of us then went on the roof of his apartment building to fly a remote-controlled drone around Williamsburg and the East River. It was my first drone experience and it was pretty fascinating to watch.”

Karp ended up keeping his word and making the investment and has offered product input. LaFountain says that it’s nice to continue to ‘work with him in a way.’