Amazon today added support for video uploads in the new iOS version of its Cloud Drive Photos app, which also now natively supports iPad and iPad mini. The update comes over a year and a half after Amazon first introduced the capability to store videos in its Cloud Drive Photos service via the app’s Android counterpart. Its slow progress to introduce the feature on Apple devices goes to show how much Amazon values its iOS customer base. (Or rather, how it doesn’t).

The company quietly released the updated app this afternoon, which, like the Android version, now supports the ability to upload videos up to 2 GB in size or 20 minutes in length. That’s long enough for the majority of personal videos, and still slightly longer than YouTube’s default setting of 15 minutes (ahead of account verification).

Also like the Android app, those who have turned on Cloud Photos’ Auto-Save functionality in the iOS version will now see support for video uploads, too. That means that both new and existing videos and photos from the iPhone or iPad will be automatically uploaded to Amazon Cloud Drive when the device is connected to Wi-Fi (or Wi-Fi and cellular, if you choose). 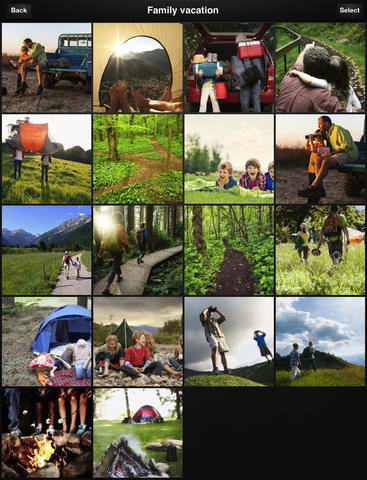 It’s handy that Amazon will retroactively upload your media collection when you switch this feature on, as that’s not always the case. For example, when Flickr rolled out an auto-upload feature of its own earlier this fall, it would only begin auto-uploads from that point forward, making it troublesome for new or lapsed users wanting to move their entire photo collections over to Yahoo’s photo-sharing site.

Amazon has a few other tricks up its sleeve, too. For example, a “large upload mode” setting lets you disable the iOS device’s lockscreen in order to allow large uploads (like all your videos) to complete. And you can switch on an “Auto Save” option which allows progress to continue in the background.

In addition, the Settings screen shows an indicator of how much Cloud Drive storage you’ve used, with separate colors for files, photos and now videos.

Still, the app feels very basic compared with competition from Flickr or Google, for example, or other popular mobile photo-sharing apps. You can’t organize your photos or videos in any real way, tag them, search through them, or edit them using built-in tools. It’s merely an interface that connects the phone or iPad to Amazon’s online storage. Still, with 5 GB of free storage available, it’s worth it to back up your content to the cloud, if you haven’t already done so using another service, like Google, Facebook, or Apple’s iCloud.

Now with video support across both iOS and Android platforms, Amazon may need to rethink the name of this app, since Cloud Drive Photos is no longer quite right.

The updated version of the iOS app is here on iTunes.