“These guys will trash the office if we don’t send someone there”, Beatport worried, so it flew HR to its San Francisco office to fire the whole engineering team there, a source tells TechCrunch. Multiple sources confirm the 88-person startup laid off large sets of engineers in SF and Denver this week. [Update: Beatport has confirmed the layoffs.] SFX, the dance music juggernaut that acquired Beatport in February, is axing teams that weren’t making money.

Beatport was founded way back in 2003 and is best known for its popular online dance music store Beatport Sounds that lets DJs download high-quality tracks for use in their concerts. But it also runs a number of other products including Beatport DJs, a social network where artists can connect with fans, Beatport Play, where DJs can download song stems for remixes, and the most recently launched Beatport Mixes, where DJs can sell whole mixtapes.

Yet now, a source tells us “[SFX] is not concerned with anything but the store. It was crazy. It was a fucking bloodbath for sure. Some of the people laid off were working there for almost ten years.” Those include six engineers in SF — essentially the whole office. 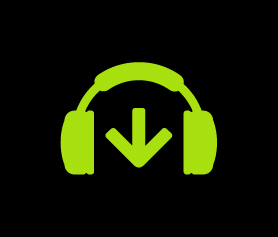 That’s why the Denver-based Beatport was considering firing the employees over a conference call, but decided to send human resources representatives to SF. The company worried employees would destroy the office if not supervised. Meanwhile, multiple sources report that the startup has let go of around 20 employees in Denver, including the majority of the engineering team there. Two other music industry sources say Beatport was still operating at a loss after Q3 saw it lose $1 million on $12.1 million of revenue.

However, our sources confirm a vague but early report Thursday from dance music web tv channel and news site Mox.tv, as well as a tweet by former Beatport employee Eric Marcoullier who noted that “devs, sysops, and PMs” were among the Denver employees let go. Marcoullier also trying to find the fired Beatporters new jobs, which is nice considering the holidays are coming up.

We’re currently awaiting a response from Beatport and SFX regarding the layoffs. Update: SFX has confirmed the layoffs in a statement to TechCrunch:

“With the additional resources provided by SFX, we are making significant new investments in Beatport and focusing on providing the best possible experience for our users – the DJ, the producer, the labels and the entire Electronic Music Culture community. To allow us to adapt and improve our service, it was necessary to make some organizational changes. We have closed our San Francisco office, reorganized our engineering team, and cut some positions in Denver. Beatport has always been about innovation and connection and these moves allow us to focus on that. With the recently announced acquisitions of PayLogic and Arc90, this refocus on maximizing Beatport as the definitive site for everything related to Electronic Music is indicative of our commitment to igniting the simmering Revolution of this astounding movement, Electronic Music Culture. We look forward to unveiling a number of exciting new technology initiatives in 2014.”

Left at Beatport is just a skeleton team to maintain some of its non-store departments that lost their main work force. It’s possible that SFX will shut down some of the products that weren’t pulling in enough money, such as Beatport DJs and maybe Beatport Play. The remaining squad is said to be led by the Arc90 app development team acquired by SFX in October. Originally, SFX planned to have Beatport’s team run engineering for the whole corporation, but now it seems its recent acquisitions including Arc90, marketing agency FameHouse and commerce platform Tunezy will be in charge.

The push to cut the fat from Beatport comes shortly after its parent company’s IPO in October. SFX priced shares at $13 but they’ve fallen to $11.60 since. “New leadership, new direction” a source tells us about SFX’s plans for Beatport. “Once they went public, they started looking at the finances” and decided the SF engineering office and much of the Denver engineering staff weren’t critical.

Apparently SFX’s focus will be on ticketing and events going forward. SFX owns a slew of electronic dance music (EDM) concert promoters including Made Event which runs Electric Zoo, and Disco Donnie Presents, which puts on dance music shows and festivals around the world. SFX seems convinced the live music business is more lucrative than recorded music, which has become harder to sell in the digital age.

At least Beatport’s laid off workers got significant severance packages, especially long-time team members, which should carry them into early next year, though this compensation is conditional on the employees not discussing the circumstances of the layoffs. But the details are out now, so we’ll have to see how SFX’s investors react and what the EDM giant does next. It can be a cutthroat business turning youth culture into corporate earnings.