Today the talking iPad app The Winston Show from ToyTalk gets two new scenarios based on classic movie genres. The sketch called In the Movies has a film noir segment called Winston Sly, Private Eye and a sci-fi jaunt called Squabble Amongst the Stars.

We’ve covered ToyTalk before, but it continues to be fascinating because of the underlying technology. Yes, it’s a kids entertainment app for the iPad, but it’s created by talent culled from the Artificial Intelligence Center at SRI international (the company that  spawned Siri) and Pixar, among others. The company has raised over $16M from Greylock, Charles River Ventures, True Ventures and First Round Capital and a number of angels. It’s using artificial intelligence and voice recognition to build a framework that’s working towards full-on conversational technology that will allow our machines to talk back to us.

We talked to CEO Oren Jacob — a former Pixar CTO — about the latest update to the app. The two new episodes, he says, came about because kids seemed to really love it when they became the characters. The previous content in The Winston Show was focused on a ‘game show’ environment where the kid played ‘themselves’ on a show hosted by the eponymous Winston. He would converse back and forth with them using tons of dialogue written and recorded by ToyTalk, and the company’s AI engine to determine the proper responses. 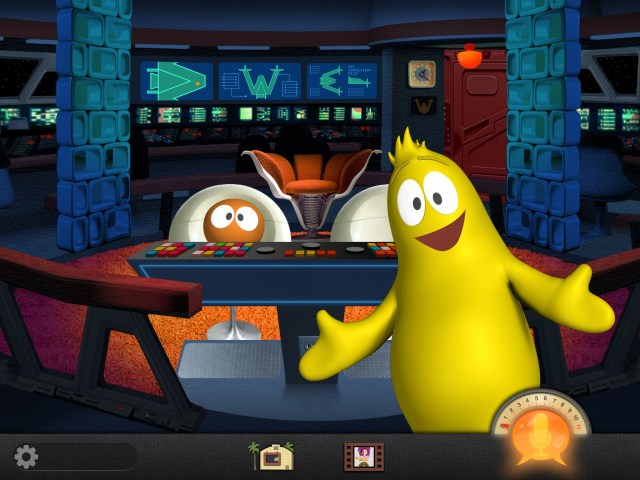 The new episodes in the app use the iPad’s camera to place kids right in the scenes, allowing them to ‘become’ an alien themselves. This immersion helps them to place themselves into the scenario and be more engaged in dialogue.

In the film noir episode, for instance, the kids take on the role of the suspect, and Winston grills them on ‘who made the mess in their room’. The kids can say just about anything back, and Winston either answers or fills in the blanks with noncommittal language. As ToyTalk gets the feedback from the app, it can see what the most popular responses coming in that Winston is unable to reply to and it can add in dialog to fill those gaps.

In September, ToyTalk launched The Winston Show with around 6 hours of content, which translated to about 8-9 hours of gameplay. By January, it hopes to have around 12 hours of content for kids to partake in. 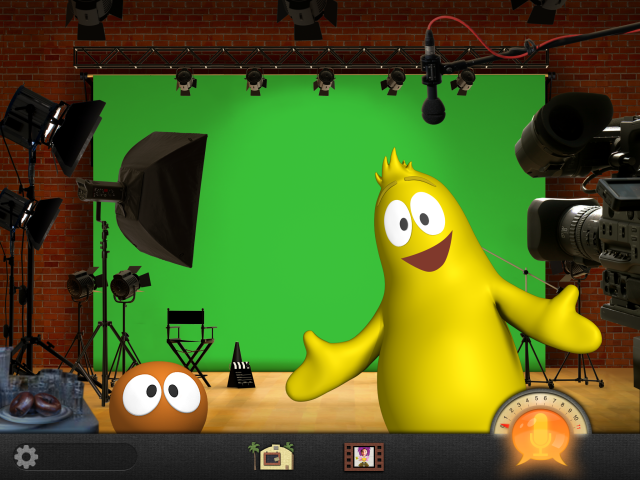 Jacob says that as they observed usage patterns, some interesting data points bubbled up. For instance, most kids used them on the weekends, with usage sloping up on Saturday Morning and tapering off Monday morning. And they used the app for around 30 minutes a week — which is pretty impressive for a single app given that the average is just a few minutes. Essentially, they’re setting aside 30 minutes of ‘Saturday morning cartoons’ for a conversation with Winston.

One of the particularly interesting notes to come out of ToyTalk’s research in building the app is that the age group they’re targeting, 5-10 year olds, feels incredibly natural ‘talking’ to gadgets and services. When asked who talks to Siri, Google Now or apps like Dragon Naturally Speaking, nearly all of them try these things. “They do it for sport,” Jacob notes.

For the next generation, speaking to a tablet or phone will be a matter of course. And having those devices not only hear and recognize, but also converse with us seems like an intriguing possibility. Even though kids are presented with touch interfaces young, they can’t type or spell, Jacob notes. But they can speak before they do any of those.

There have been over 2 million things said to Winston, and ToyTalk is learning with each one. They use a proprietary technology called PullString to design a two-way conversation via animation, recording and the response process. The app is already popular, but the technology, the framework, is where the power of ToyTalk is, and what could eventually be the thing that it leverages for revenue.

If, after all, our devices are going to talk to us, someone has to teach them.

The Winston Show’s update is live in the App Store now.