But since Jeff Bezos is going to pull his April Fool’s Day jokes early for traffic, then so will we. Because quite honestly, ’twas the night before Cyber Monday, and all through the house, every creature was stirring, posting to Twitter about Amazon considering deliveries through drone.

Bezos could have picked any trendy technology to get his company’s name in the news and entice tech blogs with easy traffic: He could have said that Amazon was now accepting Bitcoin, or orders through Google Glass, or 3D printing your deliveries of baby wipes and socks. But instead he chose Prime Air.

Drones have a number of hurdles to overcome before hitting the mainstream, namely how to avoid wires and trees and how to build optimal landing sites. Bezos himself admitted that commercial drones were restricted by the FAA until 2015, but in the same breath he said that the company “had no choice” but to use drones — whatever that means.

Confession: I bought an Amazon Prime subscription yesterday and spent $150 on orders. Seriously, I was checking Amazon.com to see if there was any drone stuff on it, and thought, “Well, while I’m here I might as well get that coat rack I’ve been desperately needing …”

Amazon PR tells me that last Cyber Monday their customers ordered a record-breaking 306 items per second. “We hope to exceed that this year,” representative Julie Law wrote, but would not reveal details as to whether they did, on further inquiry, or whether the drone thing increased traffic to the site.

Based on my pure anecdotal experience and spend, and this Wired article, I think that Amazon and Bezos should straight up win the award for best PR stunt ever for this drone thing, and I am not alone. Hell, even UPS and FedEx thought the marketing gimmick was lucrative enough to fast follow.

At least self-driving cars already have a lot of the infrastructure they need to function, i.e. roads already built. Drones, not so much. But props to Bezos for being a master of the press spin. Tomorrow I’m going to announce that TechCrunch.com will only be available on Oculus Rift. 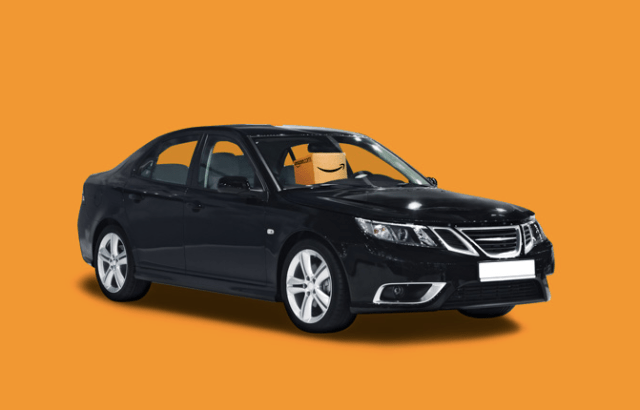