Admittedly, I didn’t exactly jump at the chance to cover this story. Because furniture. But, as boring as this e-commerce category might seem, VCs continue to pile in money, not least in Europe where a number of online furniture stores are hoping to grab a slice of a lucrative market and dethrone bricks ‘n’ mortar incumbent IKEA.

This time the recipient is London-based startup Wedo, which has closed a £3 million funding round led by MMC Ventures, with participation from existing seed backers Passion Capital and a number of unnamed private equity investors.

It follows hot on the heels of its much longer-established UK competitor WorldStores, backed by Serena Capital, Balderton Capital and Advent Venture Partners, closing a Series C round in June, bringing total funding to £21 million.

And there’s Boston, U.S.-headquartered Wayfair, which also does business in the UK. In late 2012, it added $36 million to the just over $165 million it had already raised.

Meanwhile, it would be remiss not to mention Rocket Internet’s Home24, which, along with Rocket itself, is backed by Swedish investment group Kinnevik, JP Morgan, and Holtzbrinck Ventures. Based in Berlin, it hasn’t yet set up shop in Blighty, but, despite misfiring in Asia, is a strong European contender with operations in Germany, France, Austria, Netherlands, and Switzerland.

If and when Rocket does decide to launch its online furniture store in the UK, however, it would be easy to understand why: by some estimates the market is worth £13 billion. And with European furniture giant IKEA’s focus on its bricks-and-mortar retail experience, it’s also a market that seems ripe for the picking.

As my colleague Natasha Lomas previously noted, the Swedish furniture retailer has left something of a gap for a dedicated online player to fill. While IKEA does sell some products via its website, its focus remains on getting customers to come to its stores in person, where, presumably, the showroom experience (or shopping experience from hell, depending on your bandwidth for these things) will have them spending more money. This means IKEA’s e-commerce offering is deliberately curtailed, stocking only a limited range of the products that are available in its physical stores.

To that end, Wedo, founded officially in mid-2011 by “serial tech entrepreneur” Gareth Knight, is pitching itself as an e-commerce furniture retailer with a focus on providing a “simple” shopping experience, talking up its easy-to-navigate site and strong customer service. Slightly contradictory, however, it also operates a 10,000ft “prime retail store” in Colchester, UK, so it’s really a blended online/offline offering, albeit online-first.

On track to do £4 million in revenue this year, Wedo says in 2014 it plans to add a number of additional websites dedicated to soft furnishings, bathroom and garden goods, as it expands into broader homeware products. As a reference point, competitor WorldStores said in June it was targeting £75 million of sales in 2013.

Finally, a cute little back-story to Wedo’s inception. Knight, who previously co-founded family social network Kindo (acquired by MyHeritage) and is founder of Tech4Africa, started bootstrapping the project as far back as 2009, while renting a single desk in White Bear Yard, the co-working space of London VC Passion Capital. The first product category he tested was adult novelty items (no, really), which I’m told paved the way for the fundamentals of how to make e-commerce more efficient. Today, the startup employs 40 people. 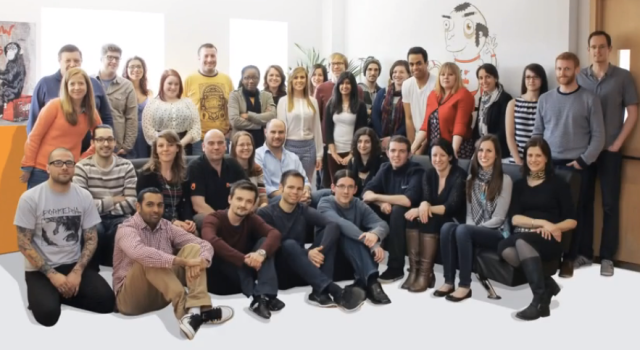