Twitter fielded a survey to a subset of its users yesterday about their live TV viewing habits. The survey began by asking age and gender info, then asked whether a user had watched live TV on Monday night.

Judging from chatter on Twitter, the survey ended if you didn’t say you watched any live TV. But, if you did, the questions then delved into which TV programs that users had been watching, including NFL football, WWE wrestling, Love & Hip Hop, The Voice or Sleepy Hollow. If you answered one of them, it then asked which device you were using while you watched.

Other questions in the survey included queries about apps or websites that they used while watching the shows. The survey was delivered from inside Twitter’s website and native apps on Android and iOS and featured a short list of questions delivered by the Toluna polling platform. Developer Ryan Jones was kind enough to share screenshots he took of the survey.

Twitter was interested to know whether people had been using Pinterest, Facebook, Twitter, email, Instagram, Vine or another (to be filled in by the user) app while watching the game. Also on the list was an entry for ‘chat’ apps like G-Chat, Snapchat, WhatsApp or text messages. The interest in what people are using their second screen for is obviously of intense interest for a company like Twitter, which hopes to couch itself (heh) as the ‘TV companion’ app. The thing to do while you’re doing nothing watching TV.

Obviously there are several initiatives underway at Twitter that this survey could be looking to gather information on. It recently partnered with Comcast on the ‘SEEiT’ button, which allows users to control their TV with Twitter. And Twitter has a partnership with Nielsen to generate a ‘Twitter TV Rating’ for the U.S. market. Its first report last month showed that there was a 38 percent increase in TV tweet volume year-over-year and offered a variety of metrics surrounding various TV programs.

We asked Twitter last night whether this was part of the Nielsen deal or just an internal survey, but hadn’t heard word back yet. 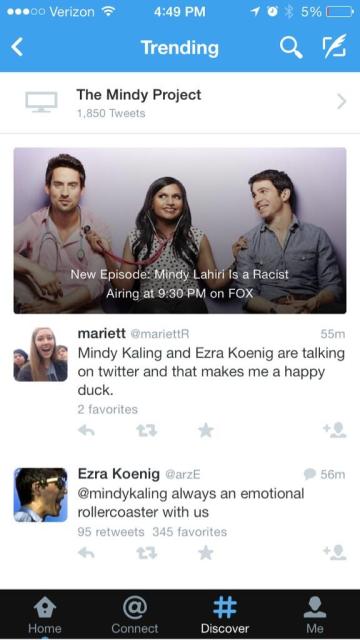 Obviously, Twitter is very interested in what people are doing around live TV. We’ve been tracking its efforts to make TV a bigger part of its platform for a while. A recent update to its apps added some trending TV features, but buried them in the Discover section. We hear there were originally some plans to make this more prominent, but those got scaled back. It wouldn’t be surprising at all to see this section pop out and into its own tab or timeline in the future. 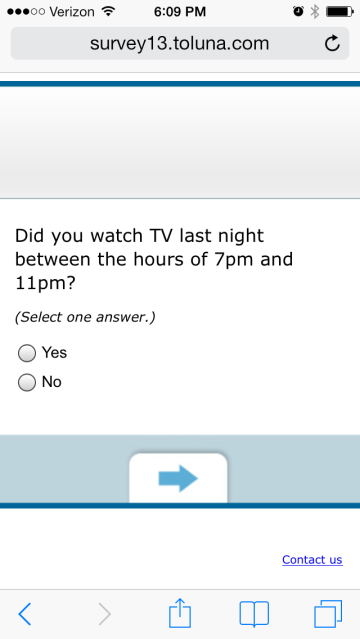 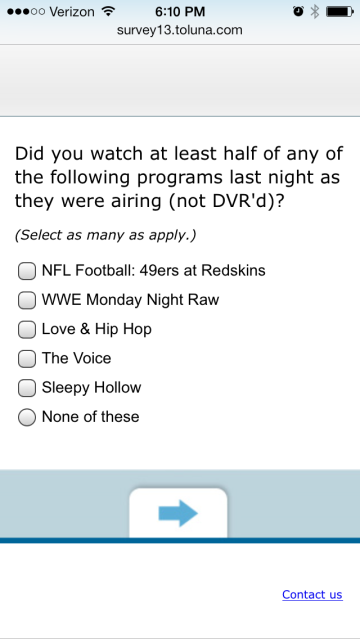 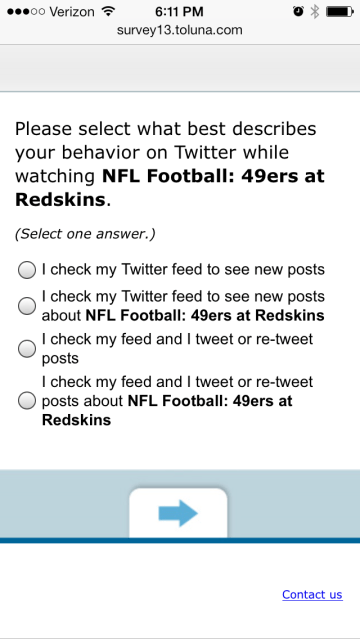 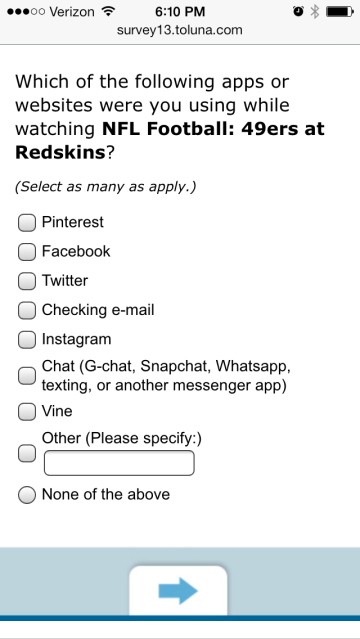 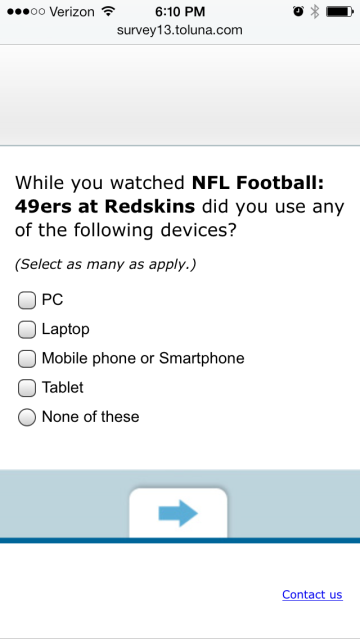