Amazon Web Services (AWS) launched PostgreSQL on Amazon RDS,  showing the strength of the open-source database and its market maturity.

CTO Werner Vogels said onstage at the AWS re:Invent conference that the database offering falls in line with the scope of services that the cloud service offers. Vogels said the service offers the capability to provision up to three terabytes and 30,000 IOPs per second. 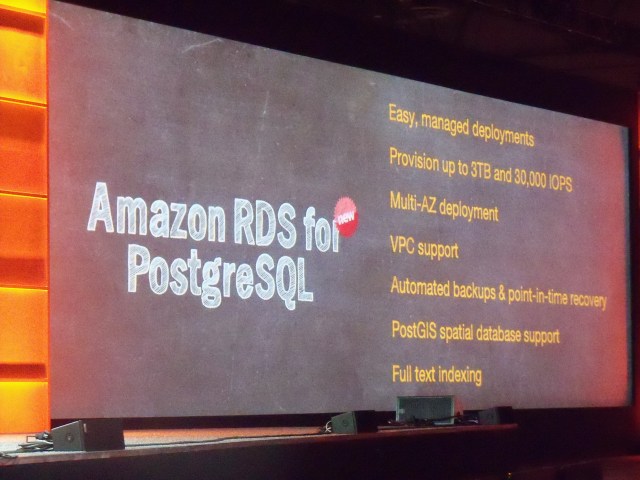 PostgreSQL is an object-relational database system that, according to their website, runs on all major operating systems, including Linux, Unix, OS X, Solaris, Tru64, and Windows. It is fully ACID-compliant and includes most SQL:2008 data types. It also supports storage of binary large objects, including pictures, sounds and video.

Amazon RDS launched in 2009 with support for MySQL. AWS added Oracle Database in 2011 and Windows SQL Server in 2012. According to the AWS blog, the support comes after hundreds of requests from customers.

PostgreSQL has become increasingly popular since Oracle acquired Sun Microsystems and took control of MySQL. Since then, Oracle has focused less on the open-source capabilities of the technology, thus fueling the rise of the relational database.