The days are getting shorter, friends, and that can only mean one thing: winter is coming, and so too are the holidays. We here at TechCrunch like to think of ourselves as a gaggle of technological bon vivants, so we’re starting our Gift Guide a little early this year.

First up: my picks for the digitally savvy bookworms and writers in your life. For whatever reason, these people just can’t tear themselves away from their endeavors — after all, the lure of taking in or laying down words can be too much to resist, so why fight it? 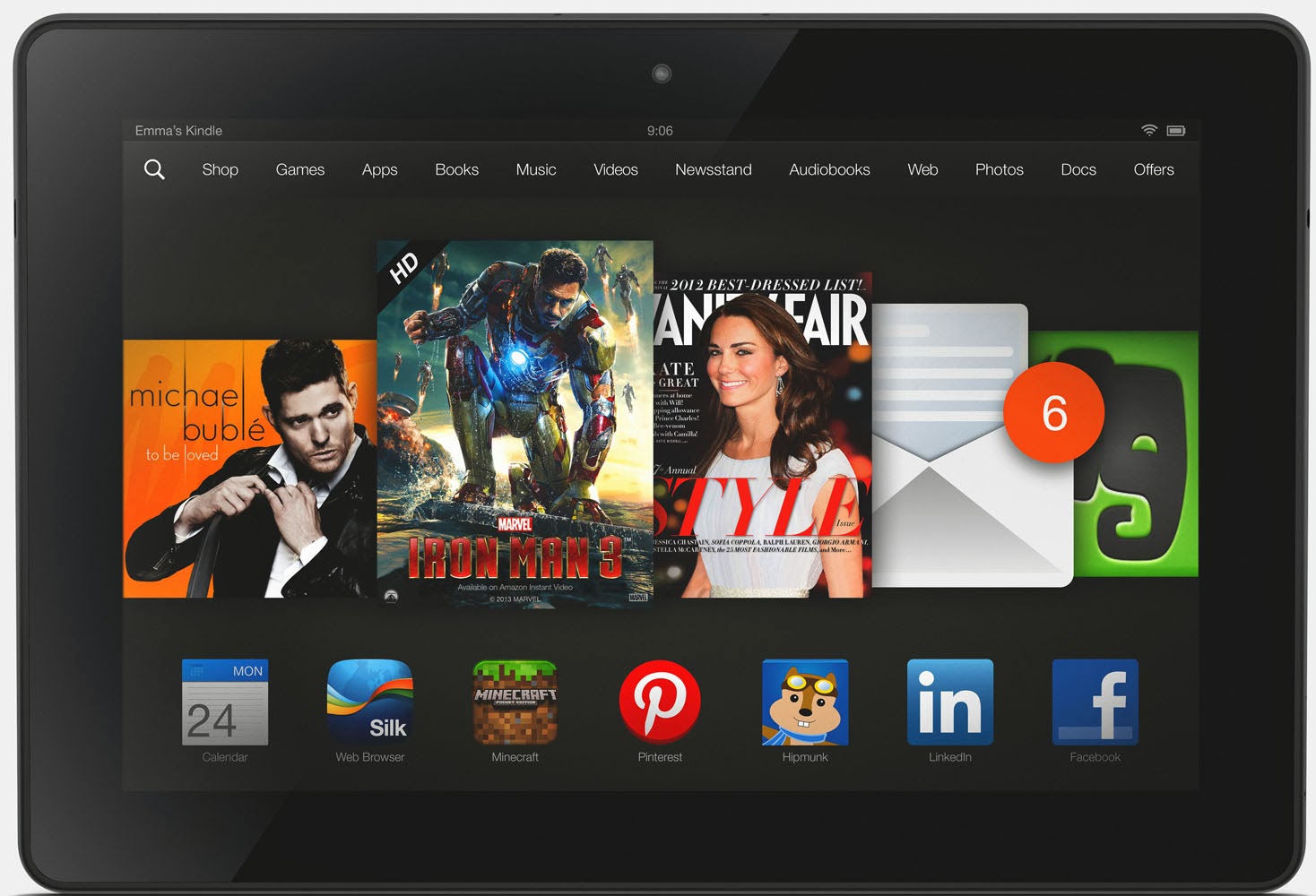 Our own John Biggs offered his in-depth impressions of the 7-inch Kindle Fire HDX some weeks ago (TL;DR he likes it quite a bit), but when it comes to earnestly consuming media, I happen to prefer the next size up.

Part of that is because of a handsome 8.9-inch display running at 2560 x 1600 that lends itself equally well to both video playback and devouring ebooks. And it certainly doesn’t hurt that the 8.9-inch HDX feels like one of the nicest Android tablets in recent memory, either. It’s clad in a soft-touch plastic finish, noticeably lighter than the model that came before it, and is just a hair slimmer than the 7-inch version we already reviewed.

Throw in a surprisingly competitive spec sheet to drive everything (there’s a 2.2 GHz quad-core Snapdragon 800 chipset and 2GB of RAM humming away in there) and features like Mayday to help troubleshoot issues on the fly and you’ve got a package that’s capable of dealing with just about anything you throw at it. Just know that by buying into the vast Amazon ecosystem, you’re also limiting yourself when it comes to the selection of apps you can install without additional cajoling. 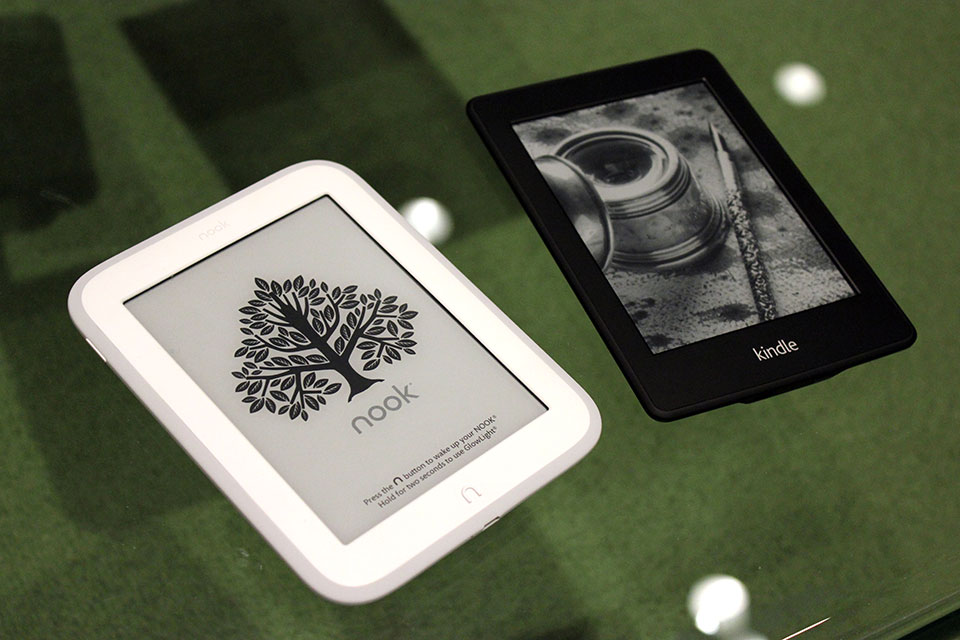 If Amazon has the best honest-to-goodness tablet for immersing yourself in tomes, surely it stands to reason that its e-readers are on top of the heap, right? That’s long been the case and Amazon dutifully churns out updated models pretty frequently, but Barnes & Noble isn’t ready to wave the white flag just yet. Case in point: it just pushed the new Nook Glowlight onto store shelves in time to give the folks at Amazon another run for their money

With the new Glowlight, BN traded the dreary blacks and grays for a more buoyant white finish… sort of like the one Kindles use to have in the early days. It’s awfully light, too (which is a very good thing), and while the redesigned body looks just a bit dopey, the rounded edges and wider bezels mean it’s more comfortable to hold. To top it all off, the Glowlight’s e-Ink display has been configured in such a way that the mildly annoying “black flash” of a screen refresh that usually occurs every few page turns is almost completely gone.

Meanwhile, the new Paperwhite looks nearly identical to the model that came before it — the only big visual difference is that Amazon managed to fix most of the uneven lighting issues that plagued the first one. Most of Amazon’s innovation here is on the software front, as users can now

In the end there are more than enough reasons to justify whichever direction you take. If the thought of ads on your e-reader is just too much to bear and you prefer a cleaner, more handsome UI, consider the Nook. On the other hand, if you’re already somehow locked into the Amazon ecosystem, the newest Kindle Paperwhite comes out ahead once again. 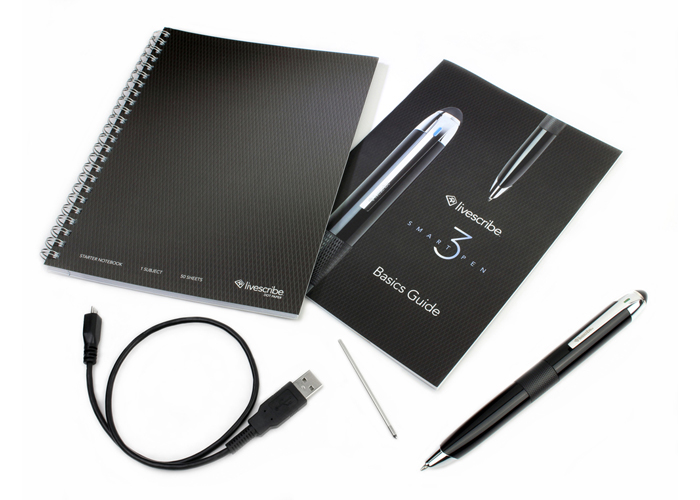 What happens when the time to read has passed and you’re itching to let the words building up inside of you out? The Livescribe 3 is a smartpen that aims to help you tap your metaphorically lexical keg by automatically transmitting a copy of whatever you write to a smartphone or tablet that’s connected via Bluetooth 4.0.

But let’s back up a minute. The first thing you’ll probably notice about the Livescribe 3 is that it’s actually much more like a pen than the unrepentantly geeky models that came before it — to hear CEO Gilles Bouchard tell it, the team that designed this thing went through scads of iterations before settling on a final design.

The only bummer? Thanks to the inconsistent proliferation of Bluetooth 4.0 across Android devices, only iPhone and iPad users will be able to watch their words magically make the leap from paper to app for now. 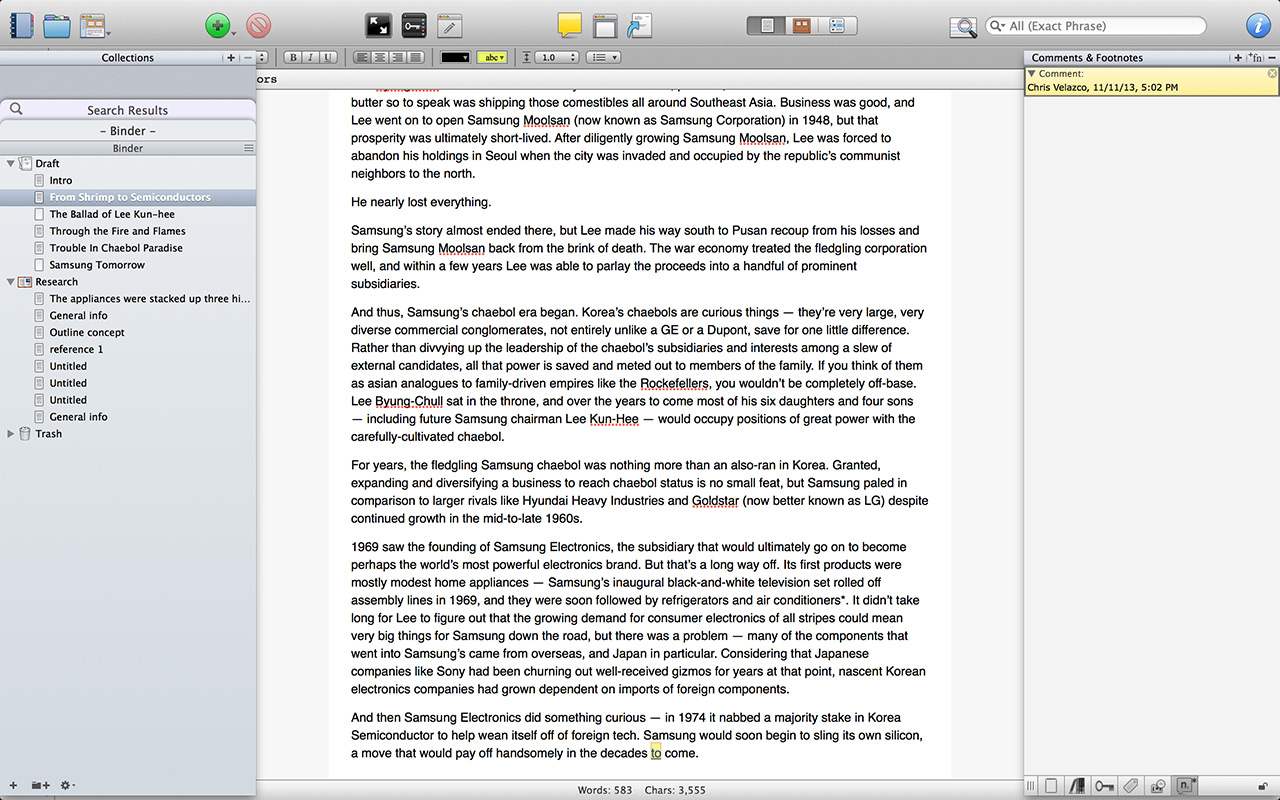 I have a confession to make — between dashing off paper after paper in college and blogging for years, the actual act of putting pen to paper and scrawling out words for any considerable period of time seems alien to me. No, all of my writing these days results from the furious pounding of keys, and Scrivener is an invaluable tool for when idle thoughts give way to bigger concepts that need to be written about.

That’s because Scrivener isn’t just a text editor. It’s just as much an organizing system that helps to track, highlight, and organize all the little snippets, references, and half-formed ideas that ultimately give way to a larger work. Sure, minimalist writing interfaces like Draft and iA Writer seem to be all the rage (and I’m awfully fond of them, too), but I’d like them to wrangle and display the sheer amount of stuff that Scrivener can. And better yet, it’s available for OS X and Windows users.

You can check out our complete Holiday Gift Guide 2013 right here.