Mesosphere, a startup that focuses on developing Mesos, a technology that makes running complex distributed applications easier, is launching Elastic Mesos today. This new product makes setting up a Mesos cluster on Amazon Web Services a basic three-step process that asks you for the size of the cluster you want to set up, your AWS credentials and an email where you want to get notifications about your cluster’s state.

Given the complexity of setting up a regular Mesos cluster, this new project will make it easier for developers to experiment with Mesos and the frameworks Mesosphere and others have created around it.

As Mesosphere’s founder Florian Leibert describes it, for many applications, the data center is now the computer. Most applications now run on distributed systems, but connecting all of the distributed parts is often still a manual process. Mesos’ job is to abstract away all of these complexities and to ensure that an application can treat the data center and all your nodes as a single computer. Instead of setting up various server clusters for different parts of your application, Mesos creates a shared pool of servers where resources can be allocated dynamically as needed.

Current Mesos users include the likes of Airbnb, Vimeo, Hubspot and Twitter. 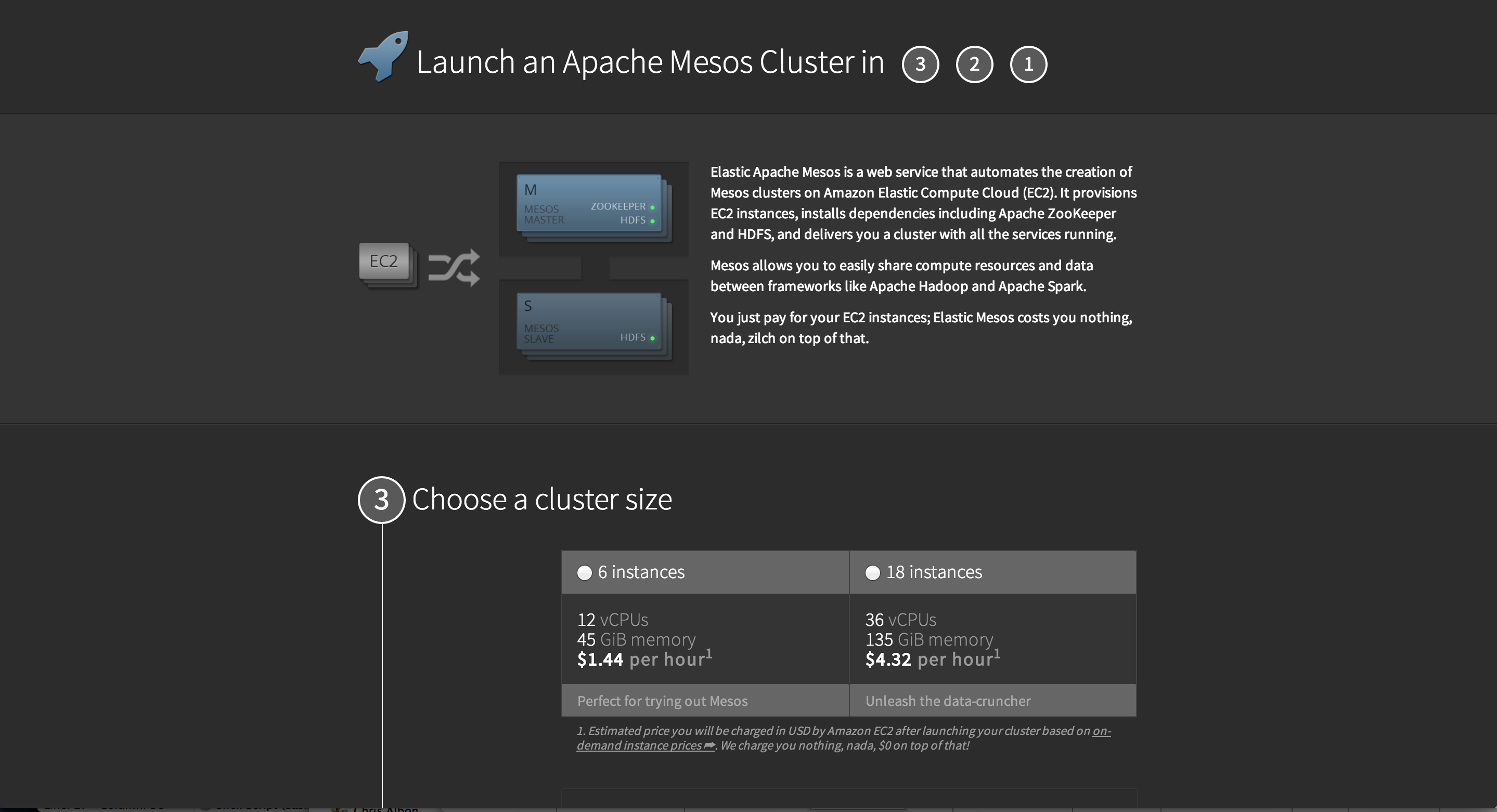 Despite the fact that Mesos simplifies things in the long run, setting a Mesos cluster up is still complicated and involves installing ZooKeeper, the Hadoop Distributed File System (HFDS) and other software packages and then connecting all of these pieces. And that’s before you can install Frameworks like Chronos, Hadoop, Marathon, Jenkins and others.

With Elastic Mesos, Mesosphere gets all of this set up on AWS for you in under 15 minutes. In its current form, developers can choose between a six-instance cluster and an 18-instance cluster. Leibert tells me the small version, which should cost about $1.44 per hour to run at AWS’s current prices, should be perfect for testing Mesos, and the larger one (at $4.32 per hour) should be big enough to run serious applications on it. In the long run, Mesosphere will likely offer more flexible configuration options. While Mesos itself can generally scale by simply adding new nodes to the cluster, Elastic Mesos does not have this capability yet, but Mesosphere is working on allowing this.

Mesosphere itself is making the service available for free. The only fees developers need to pay are for their AWS instances. 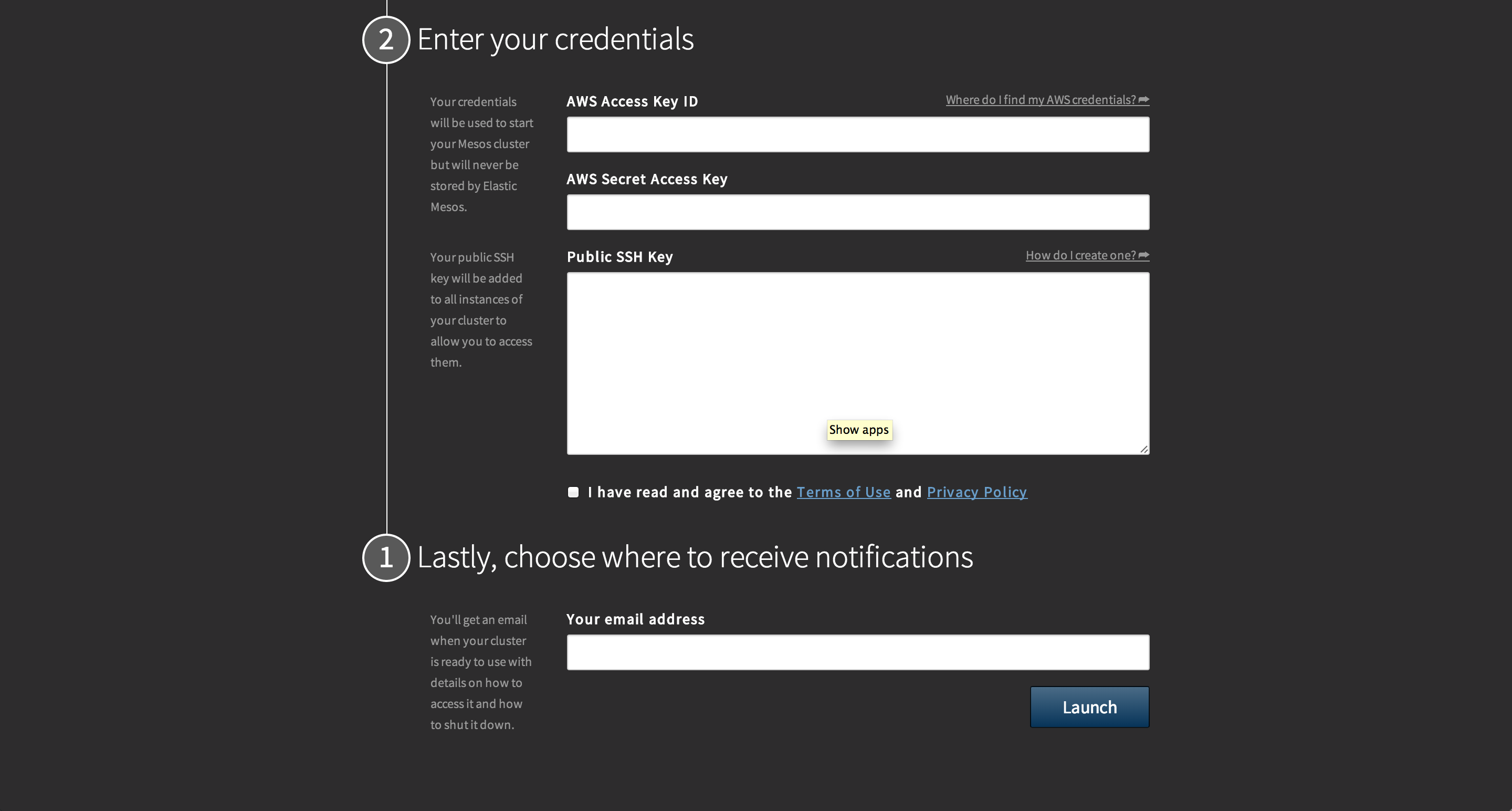 Once everything is set up, developers can then run Hadoop or Spark on Mesos (or any other Mesos framework) within minutes.

Leibert hopes that making experimenting with Mesos easier will also help developers who want to write their own Mesos frameworks, too. After all, they don’t generally have a data center at their disposal just to experiment with a new technology like Mesos, but with Elastic Mesos, they can just spin up a cluster and start testing their framework for a few hours.