Google’s augmented reality specs, Google Glass, are getting a new set of features focused on audio. The new functionality gives Glass users the ability to ask Glass to pull up a track from Google Play Music or All Access and play it by telling it to ‘listen to’… plus the name of the band.

“Your favorite songs from Google Play Music, including millions of tracks from All Access, are coming soon to Glass,” notes Google on its Glass website.

As well as adding audio control commands, Glass users can also query what song is playing around them by asking ‘Ok Glass, what song is this?’ — and using Google’s Sound Search feature to hunt for the answer.

Google has also designed a dedicated pair of  earbuds to pair with Glass, which plug into the side of the headset and nestle in your ear — displaying the distinctive, stylised ‘A’ of the Glass logo. 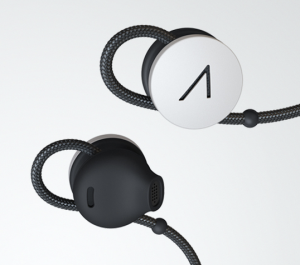 “With these new features, we’re now building a great music experience on Glass, whether you’re a classical music professor, an acclaimed sound engineer and hip-hop producer, or someone who wants to listen to their favorite tunes anytime, anywhere,” said Google’s director of Glass marketing, Ed Sanders, in a statement.

Google has gradually been building out the functionality of Glass, even though the user-pool remains strictly limited to its U.S.-based Explorers program.

As well as the new ‘listen to’ feature, Glass’ standard voice commands include the likes of ‘take a picture’ and ‘send a message’. Other Glass features include the ability to record video, view directions, translate something you’ve said, and view Google Now notifications such as when your flight is departing and whether it’s on time.

Adding audio controls is a pretty fundamental feature for any mobile device but one that’s likely to be used a lot — adding a key string to the Glass bow. Getting people talking to Glass to control such a mainstream habit as music listening may also be one way Google is hoping to normalise the experience of speaking to a pair of specs.

Or it might be when Mountain View (eventually) opens up Glass to the mainstream. In the meantime Glass users remain an exclusive club, comprised of fashionistas, curious minds, early adopters and Robert Scoble.

Google has got one of its Explorers, DJ Young Guru, to flaunt Glass’ new audio smarts on video (below).

The new Glass audio features were reported earlier by The New York Times.