I sat down to write up the new YouTube comment system earlier this week, and before I finished the article, I had deleted my Google+ account — my real one, not the joke one that you acquire during the YouTube signup process. The labyrinth of settings and accounts involved struck me as so absurd, and the process so hostile to comprehension, that they needed to be described as they might have been experienced by an ordinary user, and not from the more meta perspective of a tech writer or web designer. Here’s how it felt like it would go for your average YouTube visitor. 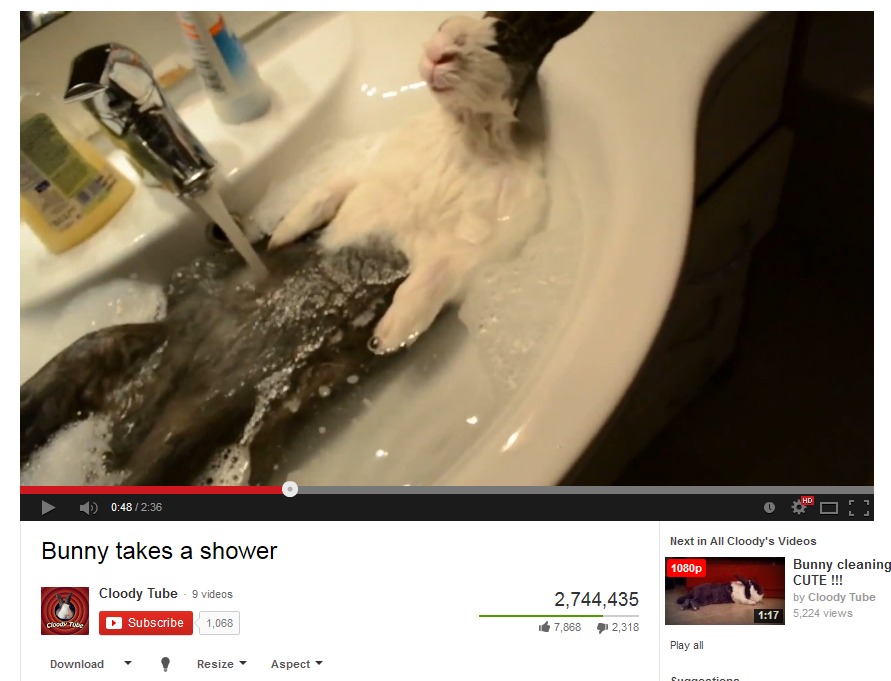 Ah, yes. That was a quality YouTube video. I’ve never felt the need to comment before, but this bathing rabbit deserves my approbation like none other!

Wait, my name is up there in the bar, and my face is next to the comment field. Ah, it would be a comment with my real name… curses. For reasons I do not care to explain (you can imagine compelling circumstances on your own) I would rather not use my real name or associate this particular video with my official identity or Gmail address.

But I heard there’s a new system. I’ll sign up for an account! Probably I can just click the comment field to — Oh. It wouldn’t have let me comment on the field even though my face was next to it, huh? Weird. Instead, it wants to know whether I want to use my Google+ account with my real name or “create a new channel.” Are those really my only options if I just want to comment? Very well, YouTube, I’ll create a new “channel.” 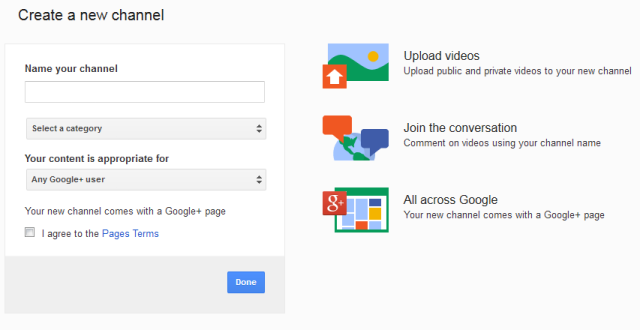 Ah, now you tell me. This new channel “comes with a Google+ page.” Why do I need another one? I already have one, and it’s because I didn’t want to use it that I clicked this button in the first place! Okay, well, I guess it can’t be helped. I can always delete it later.

Great, now I have a channel. I’ll just check the options just in case — I see I’ve been opted into a number of ads and newsletters! And even though this is a separate account with its own Google+ account, those will go to my Gmail address, I’m sure. Would have been nice to hear about this up front, but no use crying over spilt permissions. Uncheck, uncheck.

On, then, to Google+. Pretty sure this new one is redundant so we’ll just do away with it. Oh, it’s a “page”? How is that different from my profile “page,” or a photo “page”? And why is it associated with my real name account? Never mind, it won’t live long enough to matter. Dashboard, settings… scroll past a dozen or so notifications and other things I’ve been opted into without my knowledge… here we are: the tiniest option. “Delete this page.” Goodbye, page!

What, I can’t delete it? I have to delete the YouTube channel first? Why would I do that? Why wasn’t this mentioned before? I don’t want some random accounts I don’t use or care about! Wouldn’t it have been more accurate to say I was making a Google+ page that “comes with” the ability to comment on YouTube? But the YouTube channel has its own inbox and notification settings and stuff. I don’t need both, do I?

Oh, it says I just have to disconnect it first, that’s fine. Just one more step, and there’s even a link. Clicking that should… nope. This is just the basic settings page. Well, it has to be here somewhere. Ah, “Connected accounts.” Not for long, poor things!

Damn, not there either. Where would I disconnect except in “Connected accounts?” Advanced settings? I see “delete” but not disconnect. More features? If I search exhaustively through these, it will surely appear. No… no….

You know what? Forget it, I don’t even want to comment any more. It was a dumb video anyway. I’ll just post it on Facebook and put my comment there, where my friends will actually see it. Delete… yes, I’m sure. You may have just been a baby, but you had it coming, YouTube channel.

Now for that pesky G+ page, since its lifeline is gone. There’s no link to it anywhere on YouTube that I can see, but luckily, I know that I can go to plus.google.com to manage this stuff, something that wouldn’t be obvious if you weren’t already a Google+ user. Manage, settings, and delete, and yes, damn it, I’m sure — boom.

Back to square one. What was that other video I wanted to watch anonymously? Oh yeah, the dog. Okay, so now it says “Log in” up there, so I’m definitely logged out. That’s fine, I’ll just watch stuff, that’s what YouTube is for anyway. And I can back out even if I were to accidentally click the comment button or something, like so… 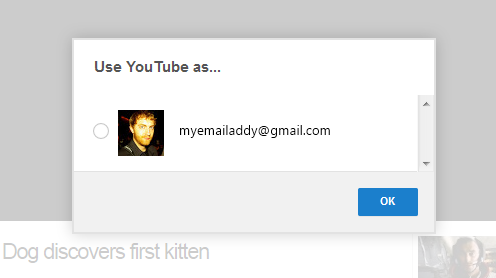 “Use YouTube as…” And the only option is my email address? Not likely, kemosabe! Not even going to click! No x to close this thing, thanks a lot… but I can sure close the tab! Nice knowing you, login box!

Let’s try this again. I desperately need to see that ex-military dog nuzzle its first kitten.

Hey — why did my Gmail and chat sign out? Get back in there.

All right, one more time. Video URL pasted, and… I can hear the video but can’t see it? It’s just a login screen with one option! Is that a bug? Reload… and I’m logged in again? So wait, signing in and out of Gmail signs me in and out of YouTube and vice versa? In what world does that make sense? For god’s sake!

It turns out you can view YouTube privately and without logging in only from an “incognito” or “private” browsing window, or if you are not logged into any other services. You can also block cookies on YouTube, though that’s not something most users would think of. But fiddling around with Google+ and finding how often things I thought were disabled were not, how many settings I thought I’d changed had reverted, and how many accounts were being linked into the service for reasons I found pointless… I just decided to end it.

I don’t mean to rag on Google+, as some people find it useful as a social network, and it’s not as if signing up for an extra account and ignoring it is some huge chore. But its growing position as a sort of hub to be conflated with unrelated services like YouTube is distasteful to me.

It’s not that I find Google or even Google+ itself bad. But the connections between the channel, the pages, the Google+ profile, the Google account, the various websites and contact lists, to say nothing of interdependencies with Android — it’s becoming stifling. This little fracas around YouTube comments, and my inability to use the website as I please except by using Google’s own identity-hiding techniques against it reminded me of that. When I imagine my parents or less wary friends undertaking the process, I shudder to think how little they would bother diverging from Google’s ideal plan for a good data-producing consumer, because they would not have the patience to dig through settings, search after orphan accounts, and so on. Google has chosen the method and degree to which these things are connected, and few will have the wherewithal to resist. Sure, it’s their prerogative, but we don’t have to like it, and we don’t have to dislike it in silence.

Simplify, simplify. My online life is already cluttered enough, and I never did like Google+, so I deleted it, and perhaps you should, too. Now there’s one less egg in my Google basket, and I never have to pay attention to anything that has the word “Google+” in it again — just like I did with LinkedIn (stop inviting me, everyone in the world), Pinterest, and a number of other things I had no use for.

My worry is that I’m going to have to double back on my tracks in a year or so when the next few services coalesce under the Google+ umbrella. Hopes that it will be done well no longer seem realistic, so anyone who shares a similar low-key dread about the impending changes would do best to take matters into their own hands.