Troy Carter has been making a name for himself in tech thanks to investments in Uber, Spotify, and Dropbox, but his biggest tie to the music industry has just been severed. Lady Gaga has split from Carter, who has managed her since 2007, according to multiple sources of The Hollywood Reporter Showbiz411. The separation could shake his status as he raises a new $75 million investment fund.

Carter is credited with masterminding some of Gaga’s success, including her massive social media audience. She has 60 million Facebook fans and is amongst the top figures on Twitter with 40 million followers. The gig gave Carter the clout and earnings to get into tech investing, and get invited to speak on stage with me at TechCrunch Disrupt NY 2013. In this sense, no longer managing the artist is a serious hit to his profile.

On the other hand, splitting from Gaga could also free up more of Carter’s time to add value to his portfolio companies. The Hollywood Reporter says the split was chalked up to “creative differences”. A representative of Carter didn’t respond to requests for comment. However, one source close to the two music moguls tells me Carter may have become too busy for Lady Gaga in recent years. 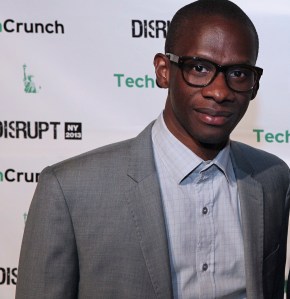 Regarding the split, The Hollywood Reporter…reports that “while sad, [Carter] feels ‘liberated’ to be relieved from duty.” With Lady Gaga’s new album ARTPOP coming out this month and her propensity for high-production tours, Carter’s duty would have been heavy this year.

Though Carter played coy when I pressed him about being a celebrity investor when we spoke at Disrupt New York, his footprint in tech has grown significantly in the last few years.

Between his reputation as a marketing virtuoso and his extensive rolodex, he’s become quite a prolific VC. Most recently, Carter set out to raise $75 million to $100 million for a new AF Square fund with a focus on brilliant founders.

Some of Carter’s latest investments include music playlist app Songza, celebrity fundraising platform Prizeo, and viral marketing service Virool. Now he may be able to better concentrate on providing his startups with product vision, business mentorship, and industry connections.