In the kennel of 3D printers, I’d equate the oddly-shaped and homegrown RepRap printers to lovable mutts. The Makerbot is a golden retriever, ready to please. And the $1,599 Afinia H-Series is a solid, scrappy Jack Russell terrier, willing to get dirty and able to take on all comers.

The H-Series looks like it was built by the same industrial design team that built the original metal-clad Apple IIs. The device is almost entirely self-contained and there are none of the familiar cables running up and down the various arms and cams. The print head is connected via a large wire ribbon to the control board and shielded by a 3D-printed plastic screen that keeps the .15mm print head protected. The spool sits on a fairly solid hook on the side of the machine and the plastic runs through a guide into the extruder. In short, there are very few visible moving parts, which is a good thing and a bad thing.

The H-Series is a great beginners’ printer and the rugged case makes it an excellent contender for a true classroom 3D printer. It looks and feels as solid as, say, an industrial educational microscope or similar lab gear and, given a choice, I’d far prefer it over a similarly outfitted but more exposed system like the many RepRap hardware. That said, the home hobbyist may be put off by the lack of visible access to the extruder and motors, two points of failure that often require maintenance. This doesn’t mean you won’t be able to get into the extruder and pull out broken filament, for example, but it’s definitely a bit of a hindrance. 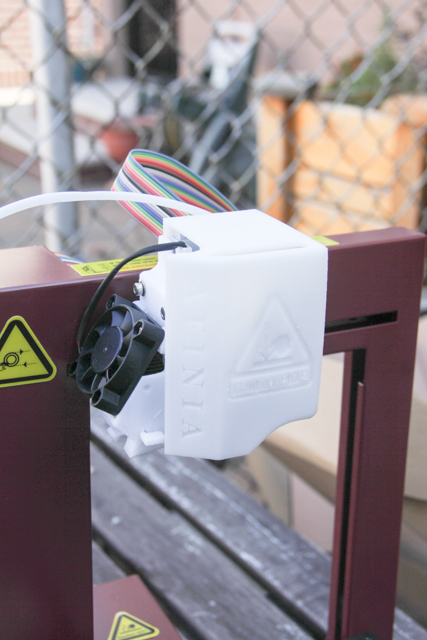 As for print quality, it was a mixed bag but erred on the side of excellent. On very simple prints everything worked swimmingly. The .15mm size produces a smooth, solid print in objects that fit within the fairly limited 5-inch square print envelope. However, bigger objects are problematic as you have to slice them a bit to get them to fit and, unlike the Makerbot, you don’t have much room to print multiple objects on one plate.

In terms of torture testing the printer I came away sufficiently impressed, but if you’re printing very complex objects this is probably not for you. This is my printer torture test object. It’s 100 layers tall and consists of a number of very fiddly little shapes that throw off most printers. The Makerbot can barely complete this without artifacts. How did the Afinia do? The results, while not perfect, were more than acceptable given the price and the materials available. No amount of fine-tuning could force the printer to create a better version of this print. 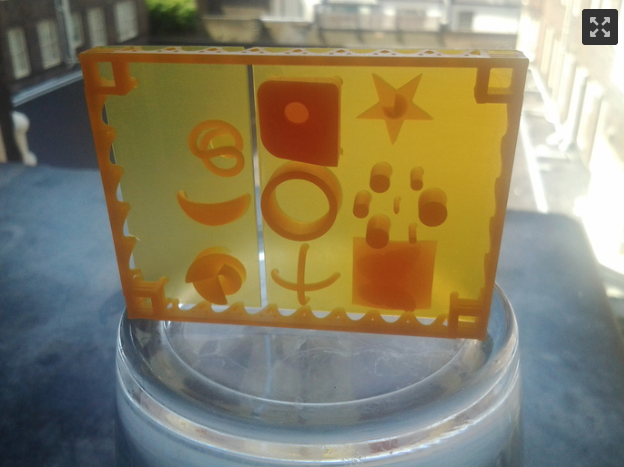 The Torture Test model, on the other hand, printed just fine. In general the printer can produce some very solid output but it is stymied by the limitations imposed by additive printing and the problems associated with ABS filament. 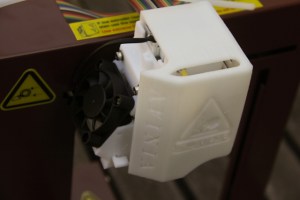 Given that the H-Series is facing a number of competitors in the 3D printing space, it’s important to understand how this model stacks up. It has a very small build envelope, which could be problematic, but because we’re not talking about an industrial printer here this can be forgiven. It’s half the price of similarly outfitted 3D printers but you are limited to ABS printing and it only includes one extruder. However, because it’s quite small it’s far easier to store than other models and can sit unobtrusively on a desk where others systems hulk menacingly.

I ran into a few problems with the software, however, which should give Mac users pause. The OS X versions of the software worked intermittently and the app didn’t work at all on Windows 8. It works best on Windows 7, which I ended up running in a virtual machine on my Mac just to get anything to print. 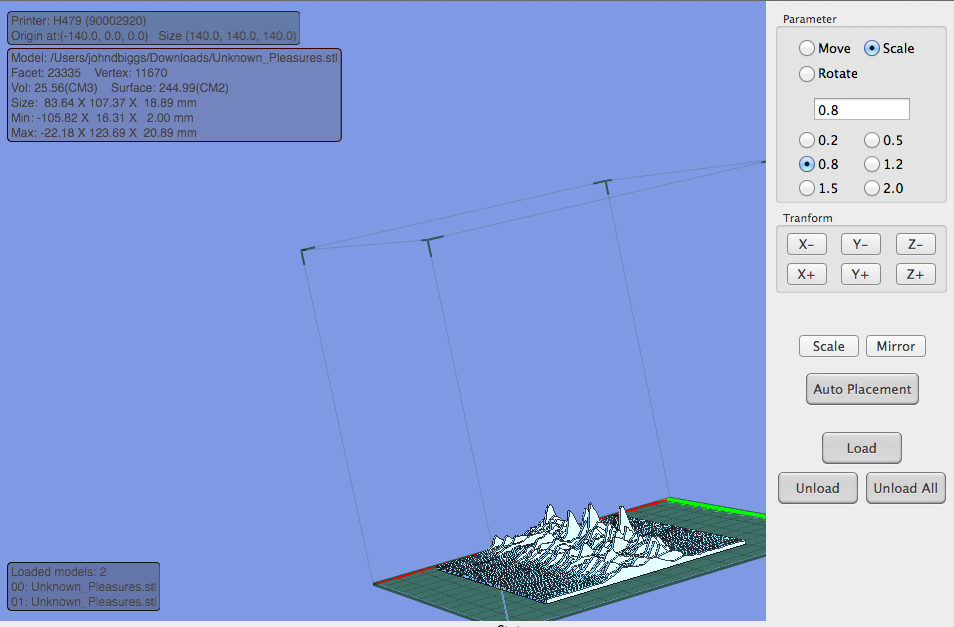 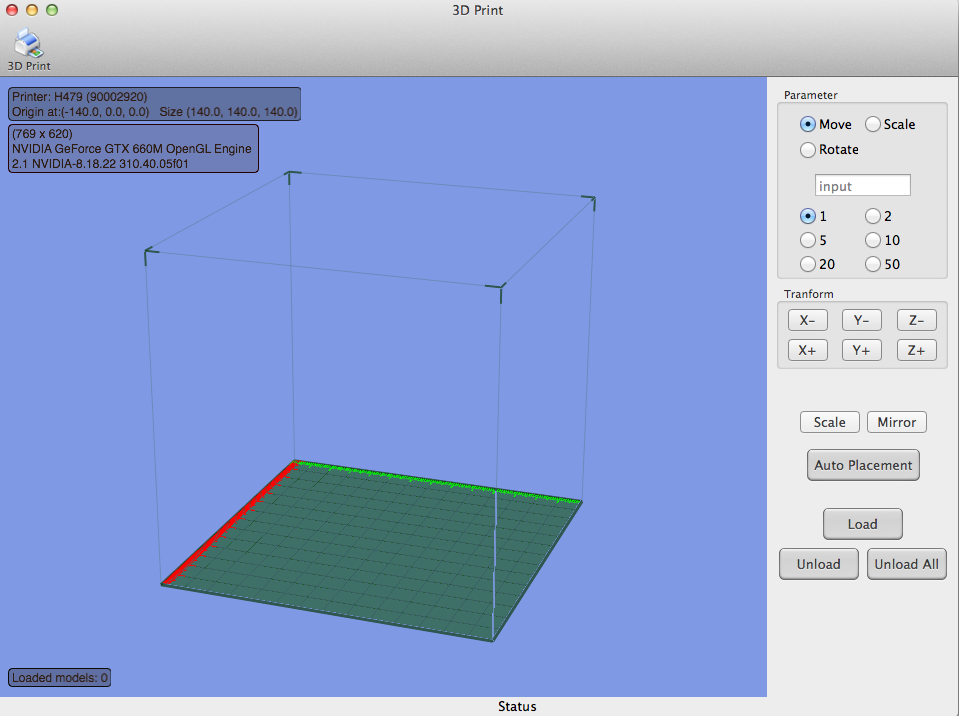 Compared to other software packages I’ve used the phrase “Better than nothing” comes to mind when I look at Afinia’s solution. There is no interactive scaling – to scale an object you select a size multiplier (.8, 1.2, etc) and press scale. The same unintuitive system is used to move and rotate objects on the bed. However, when all you want to do is print something small it works just fine. The 3D printer software is often an afterthought and, while I wasn’t impressed by its utility, I was able to use it and print with it without much trouble. 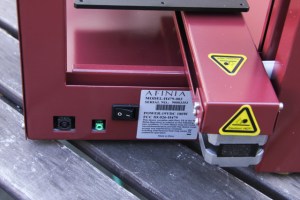 Is this the 3D printer for you? If you’re an educator or home hobbyist, I think this is $1,500 well spent. Serious hobbyists may want to consider a printer that does PLA and ABS, however, and the build envelope is very small on this machine, thereby limiting what you can print in one piece. However it is very quiet, sturdy, and usable and I was very impressed with the build quality and utility. It’s not the best 3D printer out there, but in many respects it comes very close. 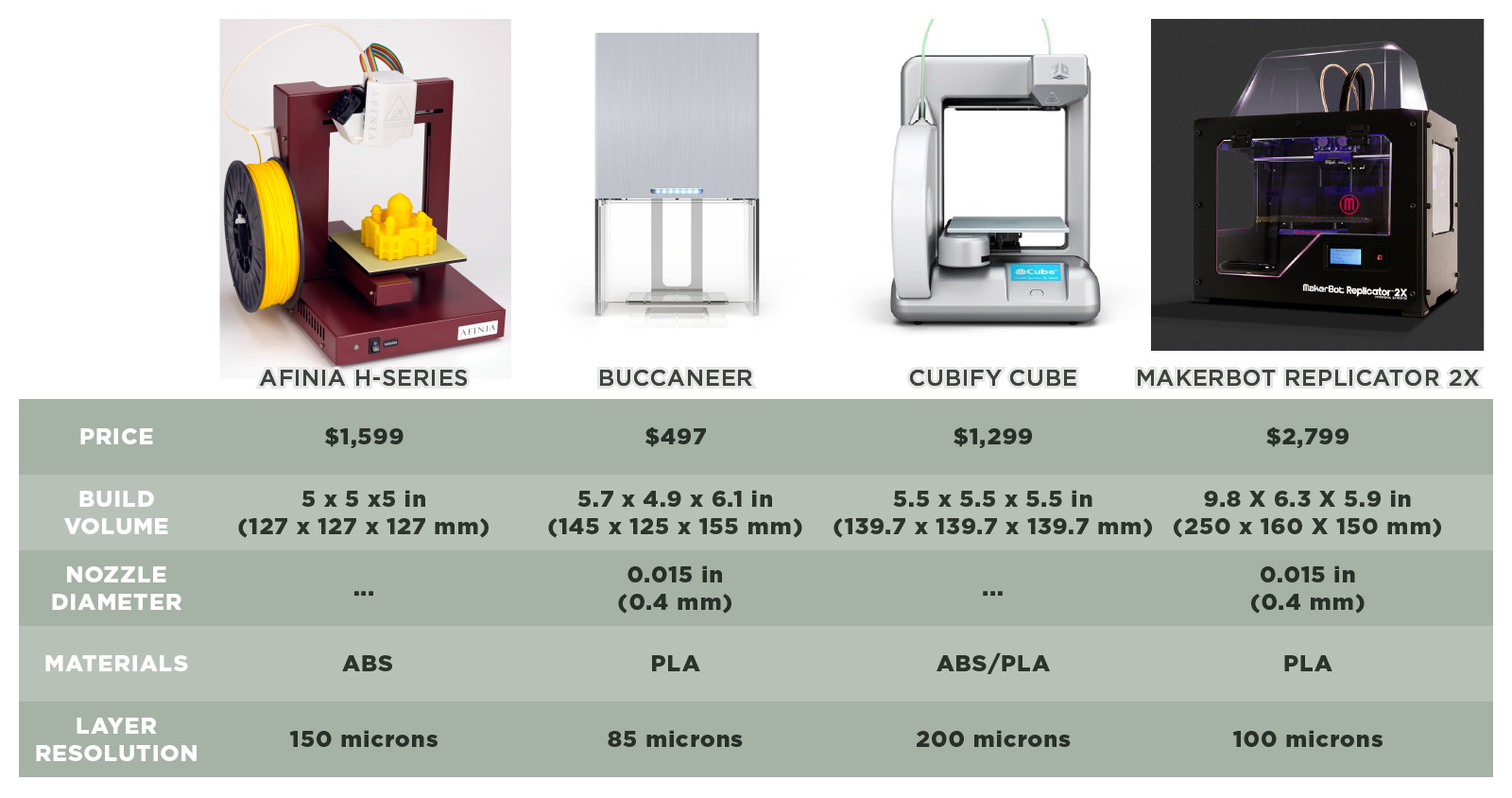