After months of hype and more questionably “accidental” leaks than any device in recent memory, Google announced their new flagship Android handset this morning.

I’ve only had the device in my hands for a few hours, so it’ll be a few days before I’m ready to give my final yay or nay on this thing. With that said, I recognize that I’m amongst a very lucky few to have access to this thing before they start leaving the warehouse en masse later this week, so I figured I’d share some early impressions. 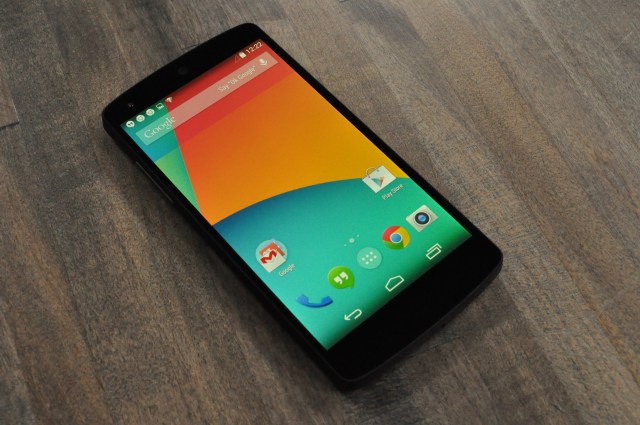 The Nexus 5 comes in two colors: one black, and one white. $349 gets you a 16GB model, while $399 gets you 32GB. Both of those devices are unlocked and off-contract, mind you — for the price, the hardware stuffed into this phone is rather amazing.

Alas, it might be tough to get one for a while. The Nexus 5 just went on sale this morning, and almost immediately sold out. If you’re one of the people who got their order in: don’t worry, so far I’d say you’ve made a solid choice.

While my notes above may seem neutral (or even neutral-negative), I’m actually pretty darn pleased with the device so far. It feels like they took the Nexus 4, the Moto X, and the HTC One — all three devices of which were devices I really liked — and mashed them together, pulling in many of the best parts of each. If you’re already an Android fan or a Nexus 4 owner, you’ll like what you see here. If you’re an iPhone user, this one really could be the one to convince you to make the switch. I know I’m tempted.

Check back in just a few days for our full review.